BROTHER MICHAEL GUERRERO: In a continuation of this week’s episode of INC News World. In Southern Ontario, with no direction or religion, a man finds purpose in his life after discovering the true faith. Married couples in the United Kingdom are strengthened through a special event. Your INC News World starts now.

BROTHER MICHAEL GUERRERO: Welcome back to INC News World. I’m Brother Michael Guerrero coming to you from the San Francisco Bay Area, as we continue this week’s episode. An increasing share of Canadians identify as having no religion (CONTINUED IN GRAPHICS)

HOST CONTINUES: With about three in ten saying they are either atheist, agnostic, or nothing in particular.

But we’ll meet one man who, though considered himself unreligious, began searching for a more purposeful life.

MARK GREGORY DYMOCK (RESIDENT – LONDON, ONTARIO, CANADA): I did not have a formal religion. We did not grow up with having Jesus or God in our life.

BROTHER MICHAEL GUERRERO: Considering himself unreligious, Mark from London, Ontario, began seeking a purpose for his life as he faced the problems of daily life.

MARK GREGORY DYMOCK (RESIDENT – LONDON, ONTARIO, CANADA): It was very problematic. There was stress, there was depression. There were all the things where you live in a man’s world. I had a car accident. I’ve had events where I should have been dead. But there’s always been a grace overtopping me. So there’s got to be a greater purpose for me.

BROTHER MICHAEL GUERRERO: Through an invitation from a family member. Mark began listening to the words of God taught inside the Church Of Christ.

MARK GREGORY DYMOCK (RESIDENT – LONDON, ONTARIO, CANADA): The teachings that we were taught in that very first one, everything came from the Bible. It wasn’t, you know, saying this is what I think. It can appeal to you to listen, it taught us what we needed to learn, and that’s what really wanted me to be a part of that. Those are the things I am really moving, understanding [to that]. When they talked about the Church Of Christ, that being the body of Jesus, the head and the Church is the body, and we are the body of Christ.

BROTHER MICHAEL GUERRERO: And today, after completing and fully believing the teachings he heard, Mark is becoming a part of the flock, or the body of the Lord Jesus Christ, which is the Church Of Christ. He joins others in the Ecclesiastical District of Southern Ontario, who are blessed to receive the holy baptism inside the Church.

MARK GREGORY DYMOCK (RESIDENT – LONDON, ONTARIO, CANADA): The moment I was under the water, I felt years of just disappointment, despair, sin, wash away. So, it was an amazing cleansing that I went through. I think everybody who had never been to the Church Of Christ, go to the doctrines, learn about God.

BROTHER MICHAEL GUERRERO: Led by Supervising Minister Brother Raul Adalla, newly baptized members were reminded of the importance of their membership inside the Church Of Christ.

MARK GREGORY DYMOCK (RESIDENT – LONDON, ONTARIO, CANADA): Understanding that we are blessed by His kindness, His love. And I look back again at my life and the process that I’ve taken and knowing now having God in my life and me living for God, being in the Church Of Christ, knowing that both Jesus Christ and God are there. You have someone to pray to, someone to guide you. And so from before to now – huge transition.

BROTHER MICHAEL GUERRERO: And now that Mark is a baptized member of the Church Of Christ, he’s eager to share his faith.

MARK GREGORY DYMOCK (RESIDENT – LONDON, ONTARIO, CANADA): I am in the process of reaching out to family members. And though I got a lot of family that has been disconnected over the years, but through the grace of God, I’m hoping that we can reunite, get back together, and that I can bring them into the fold as well. That’s where they belong. And now that I’m a member of the Church Of Christ, I understand what that purpose is.

BROTHER MICHAEL GUERRERO: In the United Kingdom, though, the divorce rate sits at its lowest level in nearly half a century.

HOST CONTINUES: 42% of marriages still end up in divorce.

However, there’s a group of people who are working hard to keep these marriages intact and strong. Ericka Celestino has the details.

NEIL GARCE (RESIDENT – CAMBRIDGE, UNITED KINGDOM): A couple needs to be strengthened in their relationship so that no [marriage] will fall apart.

ERICKA CELESTINO: Neil, a resident from Cambridge, UK, attests that a marriage takes hard work between two people and always believe that faith in God is essential to a strong marriage.

NEIL GARCE (RESIDENT – CAMBRIDGE, UNITED KINGDOM): Marriage will be only perfect when you have faith in God. When you have trust in each other and you love each other.

ERICKA CELESTINO: That belief was reaffirmed once he joined the Church Of Christ and all the more strengthened as he recently participated in an event for married couples.

ERICKA CELESTINO: He, among other Buklod members or married couples in the District of United Kingdom, gathered together to take part in a Buklod night event to celebrate these marriages as gifts from God. At Central London being the main site, married couples from around the district join in respective sites and homes, including Birmingham, Heathrow, Hertfordshire, Notting Hill, Portsmouth, where performances were held and video presentations were showcased and attendees were given the chance to bond with other married couples.

EDWARD PAESTE (INC MEMBER – HERTFORDSHIRE, UNITED KINGDOM): How did I court her? Well, I first saw her when she was walking to my house with my uncle Mar. The first time I laid my eyes on her and in the process I almost crashed my car. But from that moment on, the rest is history. 15 years we’re happily married and it’s the best decision I ever made.

RIO BUCALAN (INC MEMBER – HERTFORDSHIRE, UNITED KINGDOM): Through love letters. Because I’m a poetic man. I like to, I really love to write love letters.

SAM & JEN NESSAN (INC MEMBERS – HEATHROW EAST LONDON): I play the guitar. Because the time stood still when I met her, and I knew that I would look after this girl for the rest of my life.

EMIR & GEMMA ERESE (INC MEMBERS – HEATHROW NORTH LONDON): It’s always in my prayer that someday I want to be with someone who will be my companion in serving God and I always hold a devotional prayer, and he is the one that God gave me.

ERICKA CELESTINO: As fun and exciting the activity was, they left inspired, keeping the most important messages close to their hearts.

PETER CRAIG (INC MEMBER – PETERSBOROUGH, UNITED KINGDOM): Many points that I felt were really valuable and helpful I think the ones that I clicked on to the most was about not keeping hold for misunderstandings, resolving them quickly the most, especially through prayer.

NEIL GARCE (RESIDENT – CAMBRIDGE, UNITED KINGDOM): I enjoyed [everything] because you will learn a lot with regards to marriages relationship between a husband and a wife, that you must be in unity, in good faith, respect for each other.

ERICKA CELESTINO: And it was an event that they will truly never forget.

CELINO DOSDOS JR. (INC MEMBER – CENTRAL LONDON, ENGLAND): We will look back on how we can be more close to each other. That having a Buklod Night in the organization of the Church brings us closer in love and sharing to each other.

ERICKA CELESTINO: An important message that was relayed to Neil today, while being in awe of the care and concern of the Church Administration to its members through activities like these, and in hopes of sharing their true faith with his daughter and wife, he longs for the day that they grow stronger together as a family in unity.

NEIL GARCE (RESIDENT – CAMBRIDGE, UNITED KINGDOM): Hopefully the next year around I could attend again with my wife and hope in God’s grace, she will be one of the members of the Church Of Christ.

ERICKA CELESTINO: A lifelong marriage is one of the biblical teachings upheld by Church Of Christ members and its activities like these that continue to strengthen families like here in the United Kingdom and around the world. If you’d like to see more events like this from around the world, stay tuned for more INC News World on incmedia.org.

BROTHER MICHAEL GUERRERO: Well, that does it for us on INC News World. Tune in every Friday for new episodes of INC News World on incmedia.org. I am Brother Michael Guerrero, and on behalf of the entire INC News World team, thank you for joining us. We hope you continue to stay safe wherever you may be. We’ll see you next time. Have a great weekend. And God bless. 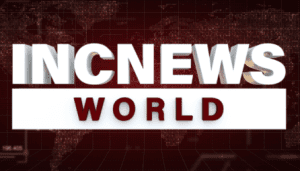