Play Higher Resolution
Play Lower Resolution
A prayer for a future husband starts with faith. Rewa Thompson learned when you present your requests to God, He gives you more than you could dream of.
Transcript

Rewa: I remember calling him my cousin because our mothers were best friends. I always knew he was a part of a religion. So one day, I was watching this television show on Fox 5 in New York and it suggested that Jesus died on a Tuesday and was resurrected on Thursday. So I kept that in my mind. And the next time I saw Keith, I brought it up to him. So I asked him his opinion and he said, “Just come to Bible study.” So I’m like, “That’s not an answer.” So I asked him again, and I said, “Are you going to give me an answer about Easter?” He said, “Just come to Bible study.” So that’s what I did. I gave in and I went to Bible study. So that was my introduction to the Church Of Christ.

I started Bible study right away and it was a life-altering experience for me, because I was already a devout Catholic. So I was learning new things like, Christ is not God, there was no trinity. So, for me, that was a very big pill to swallow. I remember going to Bible studies regularly and I would just get headaches because it was just so much information in such a small amount of time. But I took in the information because everything was all biblically based. So eventually I accepted all the teachings and I was baptized into the Church Of Christ in 1987.

So now, I’m a teenager and things are different. Remember, Keith is supposed to be my “cousin,” so now he’s my brother in faith. We started giving each other rides to Church and eventually we just got more friendly and we made a connection. So once we made a connection, we decided, “Okay, we’ll go out to eat.” So we decided to go to Red Lobster.

Ooh! Now back in the day—hold on—back in the day, Red Lobster was fine dining, okay?  So it was really good. So you have to remember we’re young people, we’re going to Red Lobster, it’s almost like we’re rich. He comes to pick me up, and he’s dressed decent. He’s got on nice slacks, nice shirt, dressed casual. So of course me, the teenager, I have on jeans and sneakers, a t-shirt. I think I’m cute. I’m ready to go. Starting to walk out the door, and there’s my mother standing there or she’s sitting down. My mother was never one to mince words, she just looked up, looked at me, “Go upstairs and change right now.” And I’m like, “Why?”

So this is the beginning of our courtship now, but I realized that I was too young to be involved in this relationship. So, we both agreed that we would end the relationship but we’d still be cordial to one another. We still saw each other in Church. We’d pass each other, we’d say “Hi” to one another, no problem. So now he’s back to just a brother in the faith—no longer boyfriend. Okay.

So time went on, and I started to focus more on myself in life, I started to think about my career, I was done in college, and I said to myself, “I wonder what life would be like as a wife and mother.” So, I had recalled a worship service lesson that I heard about prayer. And it talked about asking God for your needs; saying a prayer, a devoted prayer or dedicated prayer for what your needs were. So based on that worship service, I started praying regularly. I would pray 6am daily—for at least two weeks that went on. I had to make a list of things that I wanted in a good husband. So I called it “Rewa’s Top Ten”.

So I had made a list of all ten things, I can’t remember all ten because we’re talking a long time now, but the number one thing I had put on the list was that he had to be in the same faith as me. He had to be a member of the Church Of Christ. I needed him to be educated like I was, have a college degree, kind, caring, hard-working, family-oriented, but there was no one in the Church I was interested in.

I remember I was pursuing a master’s degree and I was given my paper back from my professor, and on the paper, she wrote, “Not professionally written.” So I’m like, “But what does that mean?” Now, you’re talking early 90’s, so I did it on a Word Processor. So millennials, you don’t know what a Word Processor is.

So, Keith is still considered family to my family and he was a techy guy and I knew that he was the only person in my circle that I knew that had a computer. So, we met up to do the paper, he had me sit down and write it over, and he was showing me things on the computer, so it’s really interesting to use a device that you can actually backspace and erase and not have to worry about physical paper and using white-out when you make a mistake, so it was awesome. I’m like, “Oh, I’m exposed to a computer. This is great.”

So, we’re going through the paper, and then we’re done with the paper, so he decided he was going to show me how to use the internet. So, young people, again, there was this thing called “dial-up”. We didn’t have Wi-Fi or anything like that. We used the CompuServe, so I was surfing the internet.

So somehow the conversation during that time shifted to us. During that time, he reveals that he was still interested in me. So you know when someone says something to you and you don’t know how to respond, there’s that awkward silence..? So I was just like… So it was that awkward silence that was probably five, ten seconds; it felt like five hours. I just—I sat there and when he said that, I was like, “Oh.”

Now this time, during a weekday worship service—I don’t know how it came about— but we decided that we were going to go out to eat again. It was not Red Lobster, I don’t remember where it was. We were going to eat out after church and then the conversation changed again, because now we’re both more mature. We’re both more emotionally and spiritually mature, so we’re talking about one another, we’re sharing our feelings with one another.

So, once we started dating again, we got back on track. Now, we’re more mature so we started praying together. And then once we knew that we were going to get married and we planned the wedding, we had a devotional prayer. That’s our dedicated prayer time together. We had that for two months straight before the actual wedding. From this day, we actually now celebrated twenty years of marriage this year. And some of the most important things he checked off on the items on the list: he’s a great father, he’s a great devoted provider, husband, everything.

So what I learned from this, about the importance of prayer, is having faith. You have to have faith in your prayer and God hears and knows what you need. I asked for a good husband. It wasn’t necessarily Keith, but since I prayed alone and we prayed together, I realized that my prayers were answered. It was just about it all being answered at the right time.

So we live in a society now that we have high divorce rates, so if you believe in the sanctity of marriage, you have faith, and you trust in God, really trust in God that he will bless your union, no matter what happens, despite all odds, you can remain together in love and happiness.

Thank you for listening. 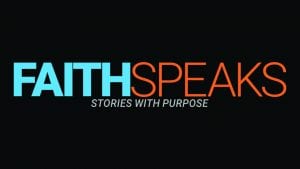 Suicide or God as a Way Out