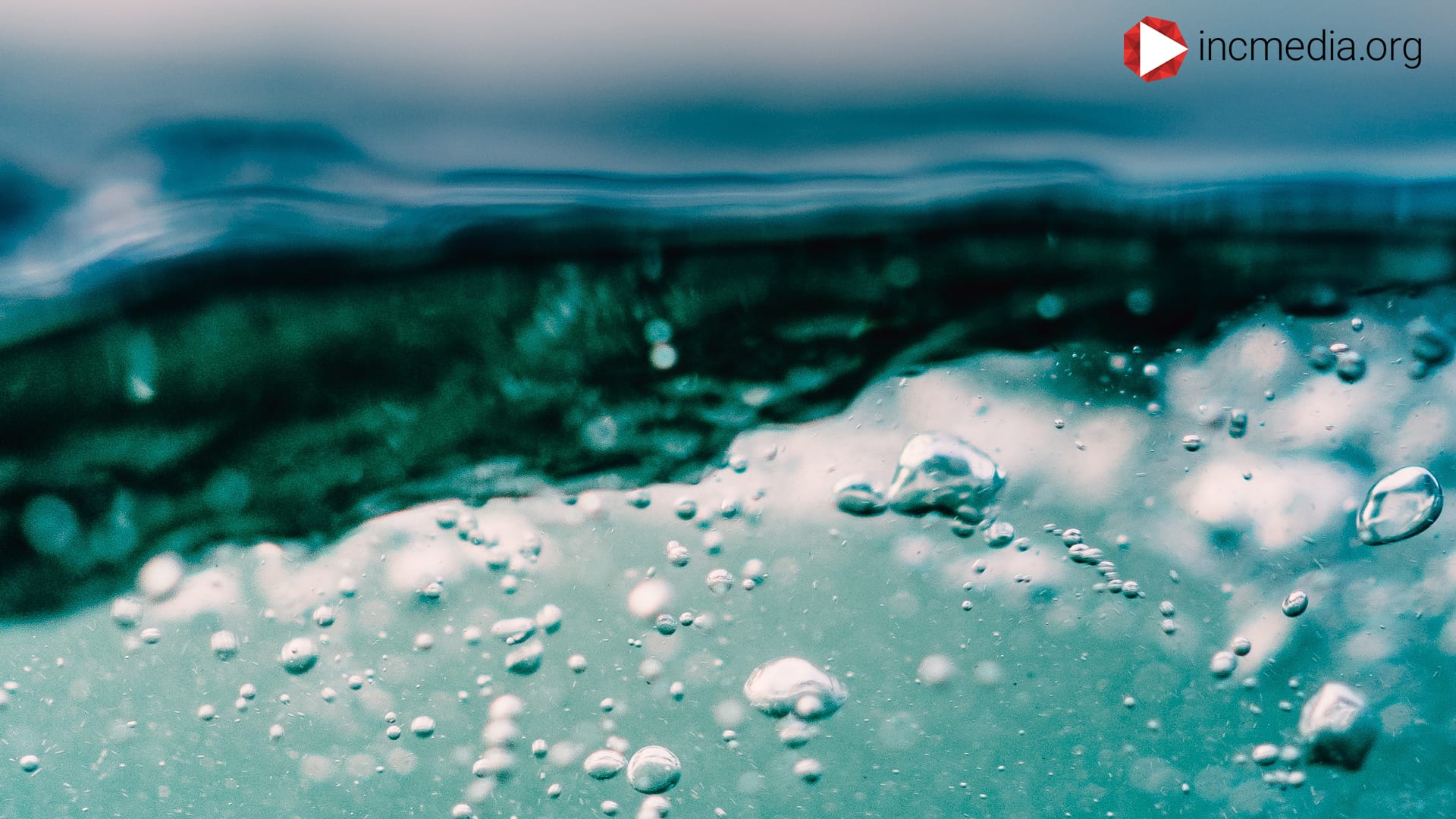 True Baptism in the Bible

Were you baptized? How were you baptized? Different churches have different ways of baptizing, but are they following what’s written in the Bible? Should a church baptize a person simply because he wants to be baptized? And do all baptisms count?

These days, when people hear the word baptism, they might think of babies being baptized, or baptisms that are so bizarre that “baptism” loses its sacredness.  So, they might even ask: “Who said that I need to be baptized, and why do I need it?” The Lord Jesus Christ explains in Matthew 28:19 (New King James Version), as He instructs His Apostles:

“Go therefore and make disciples of all the nations, baptizing them in the name of the Father and of the Son and of the Holy Spirit…”

Jesus Christ himself decreed that anyone who wants to follow Him must be baptized. So, no one can claim to be a disciple of Jesus if they’ve rejected the importance of baptism.

It’s not. There are requirements for baptism clearly laid out in the Bible. So, just because you say you’re ready for baptism, are you qualified to be baptized? Again, the Lord Jesus Christ gives us the answer in Mark 16:15-16 (New King James Version), when He taught His Apostles what needs to happen for one to be baptized:

And He said to them, “Go into all the world and preach the gospel to every creature. He who believes and is baptized will be saved; but he who does not believe will be condemned.”

So, before receiving true baptism, a person must be taught the gospel and believe it. According to II Timothy 3:16 (GW):

“Every Scripture passage is inspired by God. All of them are useful for teaching, pointing out errors, correcting people, and training them for a life that has God’s approval.”

So, the words of God will train a person on how to live and will even correct wrong beliefs. And, of course, the doctrines a person must believe or have faith in is the gospel written in the Holy Scriptures. But what proves true faith based on the Bible? The Scriptures give us this deciding factor in John 3:18 & 36 (Good News):

“Those who believe in the Son are not judged; but those who do not believe have already been judged, because they have not believed in God’s only Son. Whoever believes in the Son has eternal life; whoever disobeys the Son will not have life, but will remain under God’s punishment. “

The mark of true faith is obedience. This is why a person who has been taught the true doctrines must put into practice the teachings, because faith alone is not enough. Another proof of this Biblical law is here in James 2:14  NKJV:

“What does it profit, my brethren, if someone says he has faith but does not have works? Can faith save him?”

Who is baptism for?

Again, when people hear “baptism,” people might think of when babies are baptized, or infant baptism. Some religions take these baptisms to a whole new level, where it’s obvious the babies are uncomfortable. Or, even worse, where babies are being hurt physically as they’re dunked in the water.

Imagine how a young child is going to feel a year later when he or she is asked why they received baptism, and whether he or she truly understood what it was all about.  It’s like having your identity stolen, receiving a credit card statement and being asked to pay thousands of dollars for purchases you never made. Or, like receiving a letter from an army recruiting office saying that you need to report on this or that date because you have already enlisted—even though you know you never did!

This is why we never baptize infants in the Iglesia Ni Cristo (Church Of Christ). Anyone seeking to receive the baptism in the Church Of Christ must be old enough to receive instruction, and prove that they have faith in the doctrines and are truly repentant of their sins.

What is the true baptism?

“For by one Spirit we were all baptized into one body—whether Jews or Greeks, whether slaves or free—and have all been made to drink into one Spirit. “

That body into which one must be baptized is the Church.  The one body headed by the Lord Jesus Christ is the Church, according to Colossians 1:18:

“And He is the head of the body, the church…”

And the one true Church is the Church Of Christ, according to Acts 20:28 (Lamsa):  “Take heed therefore to yourselves and to all the flock over which the Holy Spirit has appointed you overseers, to feed the church of Christ which he has purchased with his blood.”

To receive the true baptism, one must seek the true Church Of Christ. How is baptism administered in the true Church? The Bible makes this clear in Romans 6:4 & 6 (New King James Version):

“Therefore we were buried with Him through baptism into death, that just as Christ was raised from the dead by the glory of the Father, even so we also should walk in newness of life. . . . knowing this, that our old man was crucified with Him, that the body of sin might be done away with, that we should no longer be slaves of sin.”

Baptism by immersion or baptism by infusion: does it matter?

The baptism that Christ and His apostles taught is “baptism into death.”  One who is baptized is “dead to sin.”  Thus, a “burial” takes place in baptism—the old sinful self that was “crucified with Christ” and put to death is buried in the baptismal waters.  Because of that, baptism in the Iglesia Ni Cristo (Church Of Christ) is done by immersion, as taught by the Bible. The one being baptized is buried or submerged in water.  This is why baptisms in the Church Of Christ are held in places where there is plenty of water, so that both the one being baptized, and the one baptizing him or her can both enter the water, as recorded in Acts 8:38(New King James Version):

“So he commanded the chariot to stand still. And both Philip and the eunuch went down into the water, and he baptized him.”

We can see here that it’s unbiblical to perform baptism by infusion, or by the pouring of water on the head, as some other churches do. We know that different churches have come up with their own versions of baptism, pouring water on a baby’s head or dipping a baby into the water, as mentioned earlier. There are even some who believe in “drive-by” baptism.

Was Yours a Baptism into Death?

What kind of baptism did you receive? If your baptism does not follow what the Bible teaches, you haven’t received the “baptism into death” that Christ and His apostles taught.  Just as Christ died on the cross, and afterwards was buried, the one receiving baptism should also be buried. And as stated in the Bible, this burial takes place in the water.

Christ rose from the dead by the glory of God, and in a similar way, one who is baptized emerges from the water ready to lead a new life, as mentioned earlier from Romans 6:4. Let’s also read what else Apostle Paul said concerning the duty of one who has been baptized into death, and who has been added to the body of the Savior, as stated in Galatians 3:27 and 2:20 (New King James Version):

“For as many of you as were baptized into Christ have put on Christ.

I have been crucified with Christ; it is no longer I who live, but Christ lives in me; and the life which I now live in the flesh I live by faith in the Son of God, who loved me and gave Himself for me.”

Living a life of faith.

How does one prove that they’ve put on Christ and are living a life of faith? The Bible gives this description in Philippians 2:8 (New King James Version):

“And being found in appearance as a man, He humbled Himself and became obedient to the point of death, even the death of the cross.”

One who receives true baptism is expected to have the same attitude as Christ—one of humility and obedience to God.  When one emerges from the baptismal waters, he emerges a new creation.  He is now part of the one new man whose Head is Christ, and he is now a member of Christ’s body, the one true Church, which is the Iglesia Ni Cristo (Church Of Christ).

Let’s remember it’s the Lord Jesus Christ himself who requires His disciples or true followers to be baptized. And the baptism required is not just any form or version of baptism in any church, but rather the Biblical baptism that can only be conducted in the genuine Church Of Christ.

Ready to learn how you can receive the true baptism? Have questions on what to do next? Set up some time to talk with a minister of the gospel in the Church Of Christ.