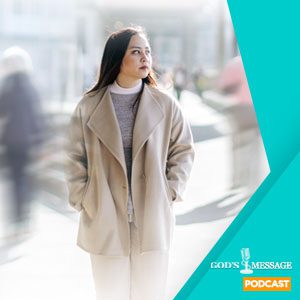 It can be a struggle when you’re the odd one out. But things can only get worse if we go with the crowd, at the expense of our Christian values. Find out why in this podcast. Visit Pasugo: God's Message Magazine for articles on how God's words can guide your life.
Transcript

Brother Felmar Serreno: Moral decay can be found almost everywhere on the planet and on the worldwide web. Many people do not mind it. Others even popularize it. If this is the trend nowadays, then it must be right—but, is it? Hi, and welcome to the podcast version of God’s Message magazine, where today’s topic is: Against The Flow.

We are living at the times the Bible describes not only as perilous and difficult for the Christians to live (II Timothy 3:1) but also the end times when man’s knowledge shall increase (Daniel 12:4).

Today is also the age of moral decline—modernity has brought with it for many people a newfound sense that switched their focus from God to their own selves. They have chosen to repudiate the moral framework that God gave, and, in exchange, are now preoccupied with the prevailing values of this world: wealth, image, pleasure, and power. With these as their priorities, those people choose to believe that ‘right’ and ‘wrong’ and ‘good’ and ‘evil’ are mere personality lifestyle choices of those who believe such.

At such a time and amid that kind of culture, man has to make a choice that will determine his direction and destination. While the world flows as it does today, how should one meet this challenge of the times?

Brother Felmar Serreno: Others argue that there is no moral decay but only change in morals, or even worse, they see this as progress under the false nomenclature of being free or liberal. On the other hand, the Bible has foretold that this is how it will be in our time as a warning to Christians. Let me quote for you what the Holy Scriptures says here:

For people will love only themselves and their money; they will be proud and boastful, sneering at God, disobedient to their parents, ungrateful to them, and thoroughly bad. They will be hardheaded and never give in to others; they will be constant liars and troublemakers and will think nothing of immorality. They will be rough and cruel, and sneer at those who try to be good. They will betray their friends; they will be hotheaded, puffed up with pride, and prefer good times to worshiping God. They will go to church, yes, but they won’t really believe anything they hear. Don’t be taken in by people like that.

Brother Felmar Serreno: “Puffed up with pride” of the worldly knowledge they gained, these people “will think nothing of immorality” as we heard from the Scriptures. The apostles also tell us that in our time “people will love only themselves” and that they will be “sneering at God.”

From the time of the apostles up to ours, things have worsened at an ever-increasing pace. Illegal drug trafficking has become prevalent. The institution of marriage has degenerated to the point where homosexuality, lesbianism, same-sex marriage, promiscuity, and the like are “the new normal.” A large percent of marriage ends in divorce, and more babies (the ones that escape abortion) are born to unwed mothers. Lying and cheating are so commonplace, and cases of suicide are now arguably at an all time high.

Sexuality, marriage, and even human life are essentially desacralized. It is undeniable that the world is now in a state of moral decay.

Why not just go with the flow

Brother Felmar Serreno: Apostle Paul advised in the previous verse we quoted: “Don’t be taken in by people like that” (II Timothy 3:5 Living Bible). By Apostle Paul’s exhortation, one should realize that man cannot live with complete disregard of God’s will and expect not to suffer the consequences. The Lord God decreed the destruction of those who are ungodly on the Day of Judgment (II Peter 3:7). Their terrifying end is underlined by the destruction by fire of the world and everything in it (II Peter 3:10). It is then only right and beneficial not to be preoccupied with the things that are of this world, like what most people do, since the world and everything in it are passing away:

Brother Felmar Serreno: Between two choices, the Bible teaches that one should always choose the love of God, the Father, over the things of this world. “He who does the will of God abides forever,” and so the right decision for one to take is to be preoccupied with understanding and following what God wants, rather than anything that the world can offer; lest he falls into the world’s enticements—the lust of the flesh, the lust of the eyes, and the pride of life—and eventually pass away together with them and be at the losing end.

One who chooses the love of God over the things in this world shows it in his life, and not only speaks about it. He who loves God obeys His commands (I John 5:3) and does His will (Matthew 7:21). Since it is God’s will to gather together all in Christ (Ephesians 1:9-10), people ought to be gathered in Him by becoming members of the one body that has Christ as its head, which is none other than the Church Of Christ (Romans 12:4-5, Colossians 1:18; Matthew 16:18; Acts 20:28 Lamsa Translation). One should then realize that amid the moral decay in this world, God calls him not to go with the flow but join the Church Of Christ and live as true Christians should.

Brother Felmar Serreno: Living in this world now is truly a daunting challenge. Apostle Paul even declared that “in the last days it is going to be very difficult to be a Christian” (II Timothy 3:1 Living Bible). However, he also taught how a true Christian, one whom God considers as His child, should live:

That you may become blameless and harmless, children of God without fault in the midst of a crooked and perverse generation, among whom you shine as lights in the world.

Brother Felmar Serreno: According to Apostle Paul, true Christians should “shine as lights in the world.” They can be such by being “blameless” and “without fault,” and uncontaminated as they live “in the midst of a crooked and perverse generation.” The world is crooked, yet true Christians lead an upright life. Wickedness abound, yet they counter it with righteousness.

Thus, when one becomes a member of the Church Of Christ, he should not conform to this world; rather, one should be transformed by means of renewing their mind (Romans 12:2). Isn’t it the mind that controls a person’s actions? Renewing one’s mind means not having the same mindset as the people of this world but having the mind of Christ (I Peter 4:1). A true Christian then is not dictated in his decisions and actions by his own indulgences nor by the wishes of the people around him, but by what he learned from Christ inside His Church.

Rather than going with the flow, true Christians or God’s children remain uninfluenced by the evil ways of this world. Their conviction in the face of temptation and various sins is to remember the teachings of God they have been receiving. They do not let different temptations, wickedness, and immoral acts overcome them; instead they refuse all of these and live with self-control (Titus 2:12 English Standard Version). Their guiding principle in life is to stand their ground on obeying God’s commands.

Going to a worthy destination

Brother Felmar Serreno: As a true Christian understands why he is led to a different path from the path most people in this world take, he also sees clearly the truth in what Apostle Peter stated:

Beloved, I beg you as sojourners and pilgrims, abstain from fleshly lusts which war against the soul, having your conduct honorable among the Gentiles, that when they speak against you as evildoers, they may, by your works which they observe, glorify God in the day of visitation.”

Brother Felmar Serreno: True Christians know that they are only sojourners and pilgrims in this world. This puts things in a proper perspective. A true Christian may be in this world, but he is not of this world. And so, he conducts himself honorably in the midst of the evil in this world and stands his ground on doing good works. He abstains from doing different kinds of sin—these he considers as sideshow distractions that must be ignored (Proverbs 4:25 The Message). What he does is worshiping and serving God actively. A true Christian never forgets his destination and reward, which is great beyond compare—his citizenship in heaven:

For our citizenship is in heaven, from which we also eagerly wait for the Savior, the Lord Jesus Christ, Who will transform our lowly body that it may be conformed to His glorious body, according to the working by which He is able even to subdue all things to Himself.

Brother Felmar Serreno: There is a Holy City that God reserves for His servants who are loyal to Him, and their life there will be glorious. And so, they do not feel discouraged and lose hope while they are still in this world that continues to worsen. Instead, they always  pray to God that He may help them uphold their services to Him until they receive the fulfillment of His promises. The worst of times may be now, but the real best of times for the true Christians is only about to come. 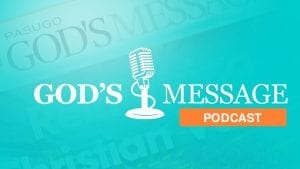