The Definition of ‘Christian’ According to the Bible: Can I Be a Christian Just By Believing? 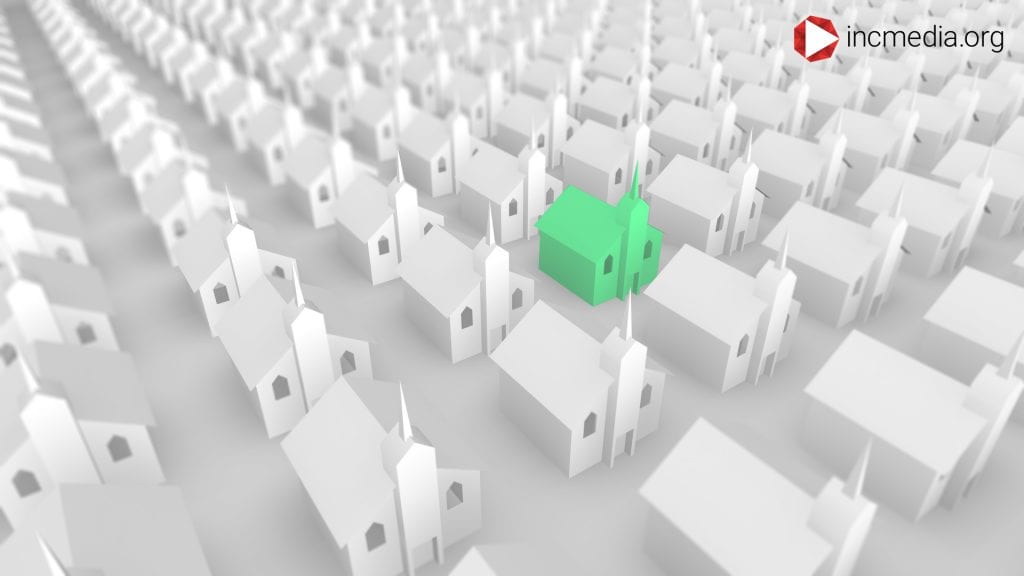 With the surge of the digital age came the breakneck spread of information and ideas. Many people are selling things, getting fit, learning about cultures, getting front row seats to their favorite celebrities’ lives—live, all in one app! It’s no wonder that an experience this immersive is being used to spread ideas, too. People are voicing out their stories and ideologies, and creating communities around them—identifying as blank, or with blank. Though these ideas can trend and take on a life of their own, as responsible people we filter through the noise and still (or should) look for what’s real. Our faith should be no different.

Caught up in Christianity Hype?

There are a lot of ideas out there worth investigating, sure. But Christianity isn’t tech or innovation. Its basis of faith traces back to the words of God written in the Bible.

Today, more than two billion people identify themselves as Christians. Many celebrate Christ’s life and death through holidays like Easter, his birth through Christmas, and accept him as a savior by merely declaring it. The hard but fair question is: how much of our faith is just caught up in the zeitgeist?

It’s not popular to put parameters on anything anymore, but you’re not just going to base your faith on a meme or something that’s #trending, right? Or worse, be labeled as a false Christian. It’s not just about the labels that the world gives you—we all know that doesn’t matter. Forget what the world thinks, your faith surely is between you and God. But what if God already set the foundation of real Christianity and true worship? What does it mean to be a Christian, according to God Himself?

If this is something you feel you can’t afford to be wrong on, then you need to dig deep. I would start by asking questions. Maybe you’d be more comfortable starting with your pastor, and that’s ok. Here are 3 questions to ask your church.

Don’t be afraid to explore your belief system and to go against the grain when it comes to selecting what religion you will be a part of and what teachings you will follow. If salvation is the end goal, then real Christianity and true service to God and to Jesus requires integrity. You can’t half-bake your belief.

In a world stretching to be politically correct, choosing words carefully to be diplomatic, and communities exercising inclusivity, the words true + Christian is not a popular belief. It doesn’t sit well because it goes against what everyone has categorized as ‘fair’ and it shakes the core of the traditions that we’ve associated with charity, goodwill, forgiveness, and family. The idea itself is met with a lot of anger. How dare anyone dictate what constitutes a Christian? Well, if anyone can—wouldn’t it be Christ?

In one of the worship services in the Church Of Christ, I remember the minister citing Luke 6:46 where Christ Himself said: “But why do you call Me ‘Lord, Lord,’ and not do the things which I say?

Since a Christian by definition is one who follows Christ, it makes complete sense that one who claims to be Christian needs to do what Christ is telling him/her to do. Based on this verse there are requirements for Christianity. Imagine that.

So then naturally the next step would be to find out what are the requirements. What is Christ telling us to do? Another verse that I often hear people quoting is John 14:1, wherein Christ says, “Let not your heart be troubled; you believe in God, believe also in Me.”

Ok, believe it, be it, done. You see the verse, you empathize with it, BAM! True Christianity. Right? Come on. You’ve done more research looking up where you want to eat on a Friday night. The basis of Christianity is more than just one verse; it’s all of God’s commands to the Christians written in the Bible.

Now some might say, “I don’t have time to study the Bible (or I don’t really know how), but do identify myself as Christian.” Nowadays it’s hard to tell someone that what they believe in is wrong. But luckily with true Christianity, it’s not just anyone telling us what to believe or not believe, or what they feel Christ wants us to do, but rather what’s actually written in the Bible. Again, I learned in a worship service that it’s actually written in I John 2:4 TLB the following: Someone may say, “I am a Christian; I am on my way to heaven; I belong to Christ.” But if he doesn’t do what Christ tells him to, he is a liar.

We’ve learned that not everything we scroll through is real, and to be selective of the content that we consume. If you identify as a Christian, the Bible should be your manual on being a Christian, so you should dig deeper to find out what is true Christianity.

Don’t have anyone you can trust to ask the hard-hitting questions about your faith? We can help match you with a minister. Get matched here.

Have questions that need answers now? Ask away.

We’re here for you. Amid the noise and the opinions telling you about what you should value, your desire for something real brought you here. Stop scrolling. Start asking.

This blog was co-written by Mariel Miranda Gutierrez with biblical support by Richard Juatco, a Minister of the Gospel of the Church Of Christ.

Mariel Miranda Gutierrez is a writer from the San Francisco Bay Area. She loves writing about her journey has a mom, a wife, and a Christian just trying to make it through modern times. Listen to her and her three friends talk about their journey as Christian women, on the podcast Tired Moms!

Is it a “Christian” Holiday or Not?