Play Higher Resolution
Play Lower Resolution
After multiple failed pregnancies a young mother wondered if God would give them a baby and their prayers led them to adopt after a miscarriage.
Transcript

Nerissa Hunter: When I was a young girl, I had a favorite baby doll, with red yarn hair, and cowboy boots. I would wrap her in a blanket, place her in a laundry basket, and pretend that someone left her on my doorstep for me to raise.

I discovered a love with a cabbage patch kid, who came complete with a name, and a birth certificate. This doll was my first introduction to adoption.

Growing up, you could say that I did everything by the book – or I should say – the Bible. I got married shortly after I had graduated from college. My husband and I were blessed to have good careers. I work as a pediatric nurse, and my husband was active duty Air Force. As an auntie to my adorable nieces and nephews, I couldn’t wait to have a family of my own.

Well, three months into our marriage, I found out I was pregnant! I thought it was going to be hard, but surprisingly, it was really easy. We called all of our family and friends to share the baby news. Mind you, this was pre- Facebook, Twitter, and Instagram, so we were on the phone for hours.

The morning of our first doctors appointment, we were super excited to hear the baby’s heartbeat for the first time. As I was laying on the exam table, I had a feeling that something was wrong. The doctor couldn’t find the baby’s heart beat, so she went ahead and did an ultrasound. After several long and agonizing seconds, she turns the screen my way, and she tells me, “I’m so sorry, but there is no fetus.” Whatever she said after that was such a blur. That morning, I left the clinic with a failed pregnancy, and as a complete failure as a woman.

As I grieved my failed pregnancy, my family and friends tried to console me with words of encouragement, hoping to appease me with, “you can always try again,” or, “at least you can get pregnant,” and my personal favorite, “everything happens for a reason.” But none of what they said could ease the pain I felt in my heart.

It was difficult for me to celebrate the pregnancies of my closest friends, or even walk by the baby section at Target. With a broken heart, I prayed. I prayed [to] God to help me understand why this happened. That, if it wasn’t yet time for me to have a baby, then when would it be? I knew the best thing for me to do was to place my faith and trust in the Lord.

A few months after, my husband and I moved overseas to Europe. While there, I had suffered another miscarriage at eight weeks pregnant. Two months later, an even more complicated pregnancy – an ectopic pregnancy. The fetus was growing in my fallopian tube, instead of in the uterus. So, not only did I lose this baby, I also lost my fallopian tube, which would make future pregnancies, and my dreams of becoming a mother even more challenging.

Physically, I recovered quickly, but emotionally, it took me a little longer. Even though I had a good support system, suffering a miscarriage – or in my case,  three – was truly an isolating experience. I sought comfort sitting in my pj’s and watching adoption stories on TLC. I became a little obsessed with the notion of adoption. I spent hours researching adoption agencies. I joined adoption forums. After several online inquiries and email exchanges, I found an agency that was willing to work with us. Now, I just had to convince my husband to agree to it.

When I finally told him that I wanted to adopt, he was reluctant at first. He said he wasn’t sure how he would feel about raising someone else’s child, or if he could love a child that wasn’t biologically our own. I understood his fears and concerns, and I didn’t want to force him into choosing adoption, so instead, as always, we prayed and we asked God for guidance.

As weeks passed, I don’t remember the exact day or time, but one night as we were preparing for bed, my husband turned to me and he said, “I’m ready to adopt.” So, we began our adoption journey in May of 2006. And by October 2006, just a few days before my husband’s 28th birthday, I received a long awaited email from our adoption agency that read, “an orphanage in Colombia has the perfect child for you. An amazing match.” Attached was his photo.

His birth name was Simon, and he was two and a half months old. So, four weeks later, my husband and I, like nervous new parents, with our over-packed suitcases filled with baby items, a huge bulky diaper bag, a car seat, and a stroller, we got on a plane, and we travelled to Bogota, Colombia, to meet our son who we named Benicio.

When we arrived at the orphanage, my husband was the first one to hold him. And let me tell you, it was the most beautiful thing I have ever seen. For my husband, there was no doubt that it was love at first sight. Benicio looked up at his dad, and he smiled, and he looked up at me, and smiled. It was as if he’d been our child this whole time. He was just patiently waiting for us.

Adoption may not be for everyone. But for us, it was the path that God wanted us to take. Even if Benicio was going to be my only child, it didn’t matter, as long as I had the privilege of being his mother.

God truly does work in mysterious ways. So, just two months after we brought Benicio home, I found out that I was expecting. In October 2007, we welcomed a healthy son named Christian, and the blessings didn’t stop there.

I had another daughter, Penelope. And last July,

We welcomed our third daughter and fifth child, Genevie.

So to all you couples out there, and women, who are longing for a child to call your own. If you’re finding your journey to parenthood or motherhood is too difficult or too painful? Don’t lose hope. Always place your faith and trust in the Lord, and He will answer your prayers. 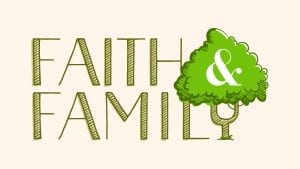