Play Higher Resolution
Play Lower Resolution
The Bible is the best-selling book of all time. But was the Bible written by man or by God? How can one know that the Holy Scriptures contain no mistakes?
Transcript

Brother Ruben: In our previous episode we had established that the Bible came about because God used instruments to reveal his words to man in a book called the Bible.

Brother Andrew: He used such people as Moses the prophet, angels or messengers like Christ and his apostles. But could one argue and say that man is the author of the Bible, and not God? Who is the true author of the Bible? Is it man or is it God? Please stay with us on The Message, to find out.

Who wrote the ten commandments?

Brother Ruben: Now Brother Andrew lets find out: how did God write the ten commandments on stone tablets, well let’s refer to the Bible once again beloved friends in Deuteronomy 9:10:

Then the Lord delivered to me two tablets of stone written with the finger of God, and on them were all the words which the Lord had spoken to you one the mountain from the midst of the fire in the day of the assembly.

How was the Bible written?

Brother Andrew: However, Brother Ruben, dear friends, did it remain that God was the one writing down His words? Well, let us find out in Exodus 24:4 this is what is recorded:

And Moses wrote all the words of the LORD. And he rose early in the morning, and built an altar at the foot of the mountain, and twelve pillars according to the twelve tribes of Israel.

Brother Andrew: So we can see, our dear friends, that God did not remain writing down His own words. Later, God entrusted the writing of His words to His servants, just like Moses. Now, the verses mention that Moses wrote all the words of the Lord, not some [words] or Moses’s words, but God’s own words.

Brother Ruben: So, Brother Andrew, we need to find out where is it that Moses wrote the words of our Lord God. Well, let’s listen to what the Bible mentions beloved friends. Here in the Book of Exodus in 24:7, this is what we can read:

Then he took the book of the Covenant, in which the Lord’s commands were written, and read it aloud to the people. They said, “We will obey the Lord and do everything that he has commanded.”

Brother Ruben: Now, Moses wrote the word of our Lord God in the book of the Covenant. Now we should notice, Brother Andrew, that this is where Moses read from to teach the Israelites the commandments and teachings of our Father in heaven.

Brother Andrew: What did Moses do with the very words that he wrote down from our Almighty God? Let’s read Deuteronomy 31:9 this is what it states:

So Moses wrote down God’s Law and gave it to the levitical priests, who were in charge of the Lord’s Covenant Box, and to the leaders of Israel.

Brother Andrew: The Bible says that after Moses wrote down God’s word or His law, he gave them to the levitical priests who were in charge of the Lord’s Covenant Box and to the leaders of Israel.

Brother Ruben: Beloved friends, what were these books called wherein Moses recorded the words of our Father in heaven: Well, let’s refer to the Bible again. This time we will read from the Book of Deuteronomy chapter 31:26. The Bible gives us our answer:

“Take this Book of the Law, and put it beside the ark of the covenant of the Lord your God that it may be there as a witness against you;

Brother Ruben: Now what were these books called wherein Moses recorded the words of our Father in heaven? They were called the book of the law. It should be noted, Brother Andrew, that these are the first five books of the Holy Scriptures or the Bible.

Brother Andrew: But when Moses wrote down God’s words did he leave anything out? Well let’s read that answer in Deuteronomy 31:24:

Moses wrote God’s Law in a book, taking care not to leave out anything. [Deuteronomy 31:24 Good News Translation]

Brother Andrew: So, our dear viewers, it is very clear then that from the very beginning, the words of God that were relayed to those entrusted by Him to write them in the Bible; they were carefully written.

Brother Ruben: Aside from Moses, beloved friends, whom else did our Lord God entrust the recording of His words in the Holy Scriptures? Here in the Book of Jeremiah 30:2 the Bible teaches us this please listen beloved friends:

“Thus speaks the Lord God of Israel, saying: ‘Write in a book for yourself all the words that have spoken to you.

Brother Ruben: Now, beloved friends, God also entrusted His prophets to write down His words in the Bible. That is why, Brother Andrew, [included in the Bible] are the books of the Prophets [just like] the Prophet Jeremiah.

Brother Andrew: Were there also others that were entrusted to write down God’s words in the Bible. Well let’s read in Revelations 1:9-11:

I, John, both your brother and companion in the tribulation and kingdom and patience of Jesus Christ, was on the island that is called Patmos for the word of God and for the testimony of Jesus Christ. I was in the Spirit on the Lord’s Day, and I heard behind me a loud voice, as of a trumpet, saying, “I am the Alpha and the Omega, the First and the Last,” and, “What you see, write in a book and send it to the seven churches which are in Asia: to Ephesus, to Smyrna, to Pergamos, to Thyatira, to Sardis, to Philadelphia, and to Laodicea.”

Brother Andrew: Now, our dear viewers, God also utilized the apostles to write down His words. That’s why, included in the Bible are the gospels according to the Apostles as well as their letters or epistles to the early Christians.

How do we know the Bible was written by God?

Brother Ruben: Now one might ask this question, Brother Andrew: “How do we know these people did not make any mistakes in writing down the words of our Father in heaven? Are they not human? And isn’t it true that all humans make mistakes?” Well let’s find out, beloved friends, and find out the answer here in the Book of Daniel 12:4 this is what the Scripture [teaches] to us please listen to this:

“But you Daniel, shut up the words, and seal the book until the time of the end; many shall run to and fro, and knowledge shall increase.”

Brother Andrew: Dear friends one might say that maybe those entrusted to this added or subtracted from what God said so lets find out in Revelations 10:4:

Brother Ruben: Now, Brother Andrew, we need to find out: how did the writing of God’s word end? Well let’s listen here in the Book of Daniel 12:8-9 this is what the Scriptures [teaches] to us, beloved friends:

Although I heard, I did not understand. Then I said, “My lord, what shall be the end of these things?” And he said, “Go your way, Daniel, for the words are closed up and sealed till the time of the end.

Brother Ruben: Now the writing of the words of our Lord God ended when He closed them according to His decision. That’s why, Brother Andrew, we believe that the Bible alone is where God’s words are written. This is not a man-made book, beloved friends, but rather it is a book authored by our Lord God for man’s salvation.

Brother Andrew: Our dear friends, the message of the day is: God is the true author of the Bible therefore it is the truth.

Brother Ruben: Thank you for joining us in this episode of The Message. But before we part ways, beloved friends, we invite you to join us in a short prayer.

Brother Andrew: Our Almighty Father in heaven, we would like to express how thankful we are for this opportunity for Your words to be heard. Dear God, may Your words reach many people around the world, that they will discover the truth that [is] written in the Holy [Scriptures], that many would be certain of receiving salvation.

May You please continue to guide us and be with us at all times. May Your words continue to open our hearts and minds to understanding, that we would be able to fulfill all the things You want us to do.

Our dear Lord Jesus, we also call upon You in prayer, and thank You for Your guidance and Your mercy. May You remain with us and please intercede to our Father that we would be constantly guided by the words that [are] found in the Holy Scripture.

Our dear Father, may You please unite us always with the spirit and noble aim of the Church Administration, that we will continue in one accord with You. We believe Father, You accepted our prayer. In the name of our Lord and Savior Christ Jesus. Amen.

Does a True Church Exist? 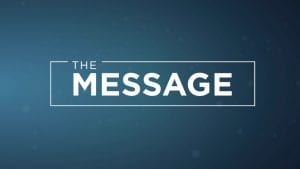