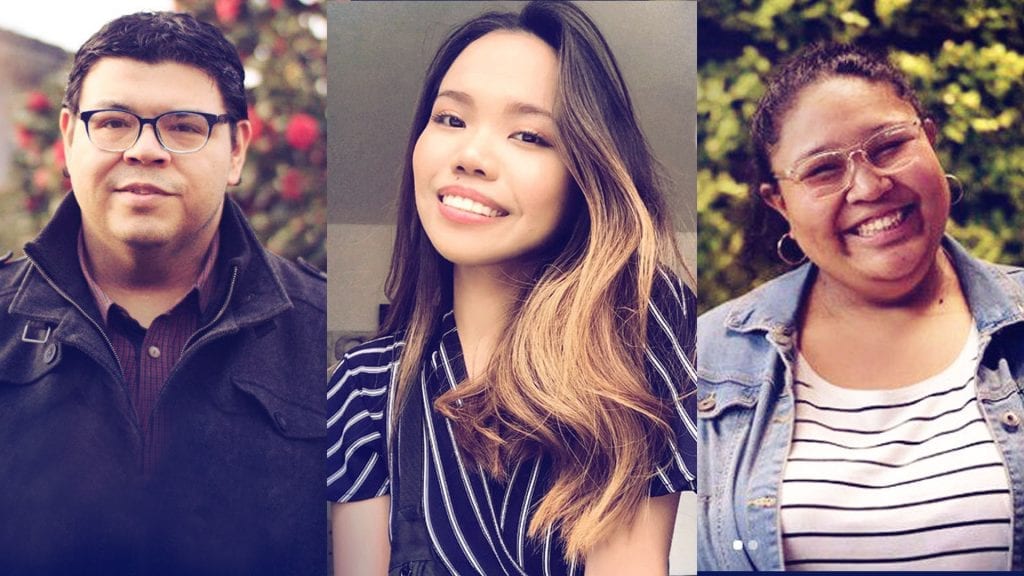 Have you ever been in a situation where you felt that you would be forever changed? When you realize that what you’re experiencing at that very moment will make a positive impact on your life?

For some people, these moments happen during a trip—when they’re in a foreign country, open to learning a different perspective, which would ultimately change their actions and way of thinking. For others, this may come when they’re going through a personal struggle. They’re able to realize who they really are because of how they react to a challenging time in their life. And there are even those whose lives are changed because of what was said to them by a person whom they love and respect—someone who is a source of inspiration and knowledge, and whose words resonate with their values and who they are.

This is exactly what happened when these three individuals listened to the words of God, taught in a special worship service in Taipei, Taiwan, by the Executive Minister of the Church Of Christ, Brother Eduardo V. Manalo. It was special not only because it was preached by someone they deeply respect and care for, but also, because of the topic: Can a person find happiness amidst the depression and anxiety that one may face in this world?

A Moment Of Peace

Regine Anne Espera attended the special worship service, on the other side of the world, in Daly City, California, while performing her duty as a choir member. The night before, her close friends (who knew what she had been going through for many years) told her that she would greatly benefit from the worship service lesson.

24-year-old Regine has been dealing with anxiety and depression for many years, and she continues to live with both, to this day.

“While there is a lot of sadness involved, it’s more like, feeling empty, numb…feeling nothing. The things I love doing, I have no interest in it. I physically cannot convince myself to get out of bed for days. It’s thoughts filling up my head saying that it’s not worth doing anything. I’m not worth anything. That I have no place in this world.”

Unfortunately, Regine’s experience is becoming more and more common.  According to the World Health Organization, more than 300 million people worldwide suffer from depression. And the number of young people with depression is on the rise.

While the conversation about mental health is happening more often,  it’s still not enough. There’s still a stigma that surrounds those who suffer from depression and anxiety. What’s worse, some chalk it up to “being in your head,” further alienating those who are suffering from mental health conditions.

So, imagine Regine’s surprise when she heard the Executive Minister, Brother Eduardo V. Manalo, read verses from the Bible about depression.

“…it was almost like a light shining on such a dark situation. When the Executive Minister, someone you look to for guidance and counsel — when he acknowledged that this pain is real; it’s not made up, or all in your head (which is often the narrative you hear these days), it hit me really hard.”

Throughout the worship service lesson, Brother Eduardo encouraged the entire Church to continue to worship and pray to God; to trust Him during their most difficult and saddest times. Because it is during worship services in the Church Of Christ that they can receive blessings from God.

And it was exactly what Regine needed to hear.

“…hearing that warmed my soul. I just felt so at peace. So whenever it gets hard, I just acknowledge that the pain is there —  it exists and it’s real. But God is also there, never leaving you through it. [So], I don’t allow it to take over. I keep going.”

Brendan Thompson, from Melbourne, Australia, was two weeks away from major life-changing surgery when he heard that same worship service lesson from the Executive Minister.  He was scheduled to undergo sleeve gastrectomy, to remedy a serious case of sleep apnea that he’d been struggling with for years. His doctor told him that weight loss surgery was his only hope to cure his condition.

While Brendan knew how much he needed this surgery, he was still afraid of what could be. Sleeve gastrectomy is a surgical procedure that removes 90% of the stomach, which contributes to the reduction of the amount of food that one can consume with this procedure. Like other surgeries, it comes with serious risks — infection, bleeding, and sometimes, organ damage. During the weeks leading up to his surgery, Brendan had been dealing with anxiety, constantly thinking about what could go wrong during the surgery, and the health risks that he could face. But once Brendan heard the teachings of God taught in the worship service lesson, Brendan’s anxious mind was put at ease.

“The anxiety I was feeling at the time, it passed. This was just another trial, and with trials come rewards also, as long as I trusted in God’s plan. I started to realize…God doesn’t make mistakes. So, if I was meant to have this surgery, there must be a reason.”

A Step Towards Overcoming Depression

For Judicel Eslao, the worship service lesson preached by the Executive Minister was a turning point in her life.

It had been a year since she graduated from Middlesex University in London, United Kingdom. She majored in Performing Arts and dreamed of starring in a play one day. She constantly prayed to God to help her land her first job, but when she didn’t get the results that she was hoping for, she started to slip into depression.

She started to overthink her situation and questioned why this was happening to her.  And being unemployed, she was worried about her future and meeting her financial obligations.  More than a year passed, and she was still unemployed. Though she actively attended worship services in the Church Of Christ and took care of her duties in the Church, she became unhappy with how she thought about God.

“I was lost at that time of my life. [I kept thinking], why am I in this situation?

And because I didn’t have work, I know in my mind I was doubting God. I couldn’t accept that I was [doubting God], but I didn’t know how to change my way of thinking.”

Like the rest of the Church Of Christ members throughout the world, Judicel was able to hear the worship service lesson from the Executive Minister, Brother Eduardo V. Manalo, from his pastoral visit in Taipei, Taiwan, through video streaming. And from the very onset, she realized that this worship service lesson was exactly what she needed to hear.

For the first time, Judicel found herself crying throughout the whole lesson; she grew even more emotional when Brother Eduardo encouraged brethren to trust God with all of our problems.

It wasn’t the first time that she heard this advice; in fact, it’s a constant reminder during worship services. But this time, as she thought about being unemployed and not knowing what her future holds, Judicel truly understood how important it was for her to trust God completely.

The Lord God is always faithful to His people, so she should be faithful in return.

Right after the worship service, Judicel felt the need to hold a special prayer to God, and repair her relationship with Him.

“During my prayer, I thanked God because that’s what I needed to hear. And I also said sorry to Him because I doubted Him for a bit. I promised Him that I will continue to fulfill my duties, no matter what happens.”

Regine’s, Brendan’s, and Judicel’s lives changed after that day. They didn’t take an exotic trip, nor did they go through something tragic. Instead, they, along with all of the members of the Church Of Christ, including myself, were able to listen to the words of God taught by Brother Eduardo V. Manalo, halfway around the world. And for that, we are all grateful.

If you want to see for yourself what you can gain from attending a worship service in the Church Of Christ, let us know.