Play Podcast Version
The simple yet impactful act of a young person, who also happens to be a cancer survivor, shows that from our own challenges, we can find ways to help others heal.
Transcript

Whenever you possibly can, do good to those who need it.

Chance Serrano: Hi, I’m Chance Serrano from the Local [Congregation] of Chicago and I donated gifts to the hospital I went to when I had cancer

Chance Serrano: Those band-aids are on the table because we are going to give band-aids to sick people.

RJ Serrano: At such a young age, to have that empathy, to have that kindness, that love towards people, it’s awesome. It’s so awesome for a father to see his son doing that, those type[s] of things.

Chance Serrano: This year I was able to donate two hundred boxes of character band-aids. The reason why I donated them is because shots and needles and stuff may make you feel uncomfortable, make you bleed, and make you feel bad. So I did it to make them feel better.

Chance Serrano: I’m Chance Serrano from the Local [Congregation] of Chicago and this is how I prepared for the Centennial.

How are you preparing for the Centennial?

Recognizing The Need For Action 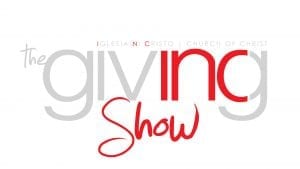 Why is it Wrong to Celebrate Christmas?