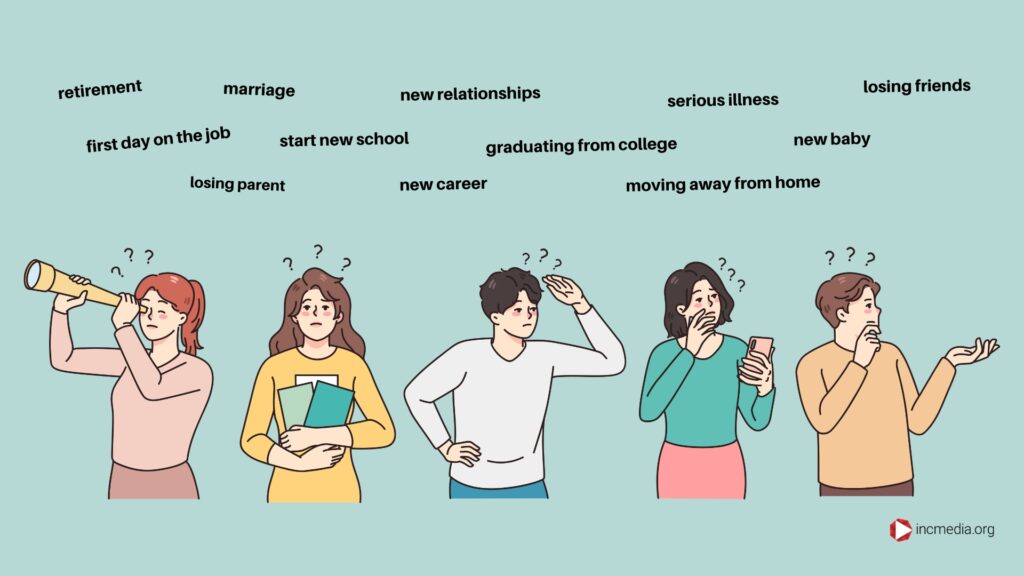 It was the 7th grade, and the door was slowly opening. The sound of the heavy classroom door caused the whole class to turn their heads and all eyes toward me. It was yet another first day of school, in a new school, in the middle of the school year, where I was the only new kid. And that uneasy feeling in the pit of my stomach was back. 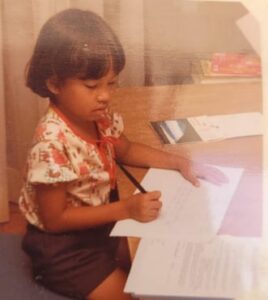 Growing up, we moved around a lot. My dad was a minister, and he was assigned to different local congregations in the Church Of Christ. I didn’t know yet then, but these frequent moves would be my personal warm-ups to the one constant thing in life  — change.

The only constant is change.

And as I got older and entered adulthood, changes came in the form of planned changes like a new job, a new boss, marriage, motherhood, and so on. And then there were the unplanned life curveballs — like getting laid off, miscarriage, illness, death, and the list goes on.

So when I got a chance to work on a podcast called “Making Changes,” where we talk about the changes we go through and the life lessons we learn along the way, with God by our side — I was intrigued.  The challenge of finding people who could talk about change and the growth they experienced made me eager to talk to them.  I wanted to learn about the different coping mechanisms and internal strategies people used to cope with the life changes they had no control over.

How did they turn off or turn on that switch to decide how they would face the change?

Three lessons we can learn from change

Whether it’s a new year or a new opportunity like a new school, new job, new friends, change is always inevitable. The one consistent coping mechanism I’ve seen in the people we’ve interviewed in two seasons of Making Changes is their willingness to surrender and trust God. But before they could let go, they had to learn some important steps along the way. I’ve compiled the top 3 things I’ve learned from the two seasons of Making Changes and how to face and overcome the fear of the unknown.

1. Allow yourself to feel the struggle of the transition in accepting your new reality.

When I spoke to Jay and Mike on our episode of “Dads with Autistic Kids” they both talked about how receiving the autism diagnosis meant facing the reality that the dreams they once had for their kids may never be reality.

“It crushed us a lot. We had dreams of, I guess…I guess the conversations that we would have, and the, you know, the adventures that we would have with her, as she grew up older, and, you know…walking down the aisle and being a grandma, for my wife and us being grandparents. The first month, it was really a lot of prayers…it was, through those prayers, that we were able to find the courage to face what we needed to face, to do what needed to be done, ” said Jay, from Australia whose daughter, Layna was diagnosed at the age of 2.

For Mike, a dad in Canada, he and his wife had been in limbo for a while, looking for answers to their hunch.

“It was the weight of reality settling in. It had been this up-and-down journey of, like, does he really have autism? Are we just overthinking this? Is he just missing some markers, some milestones? And it’s our fault because we haven’t done enough with him?” said Mike.

And once they got the actual diagnosis, as much as it pained them, they accepted that a new journey had just begun.

“And both of us were just so teary-eyed. It was that moment of acceptance that this is our son. And he comes from God. At that very moment, we had a prayer, thanking God and helping us really begin to understand not only our son and what his journey could entail but thanking God to help us understand the kind of journey that we need to take as a family,” said Mike.

“That’s right. It was really God who stepped in and helped us change our mindset,” said Jay.

The role of prayer is crucial to any form of change because not only does it remind and reaffirm to us that we’re never alone, but asking for help is the first step in the direction of change.

2. Don’t go at it alone. Pray to God to help during your period of change

There are so many people who try to do things on their own, solve problems on their own, and carry their burdens alone. But we know by now that this is not the time to be a superhero. Because doing a solo flight during tough moments of change can only cause one to go into depression and loneliness. 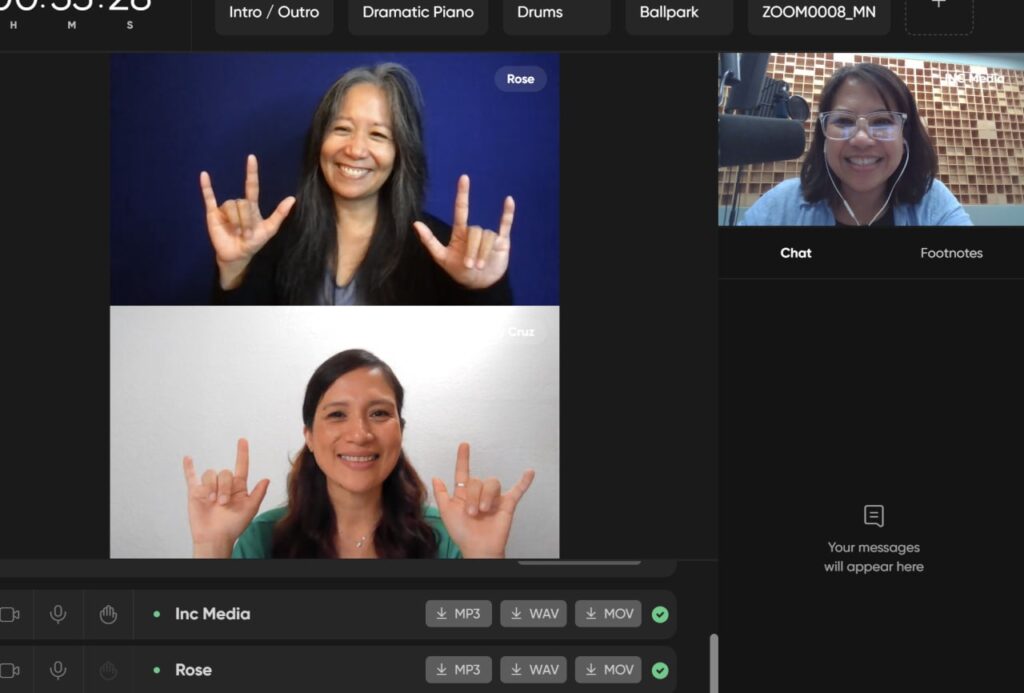 When Hershey began to lose her hearing in her 20s and became completely deaf by the time she was a wife and a mom, the fear of the unknown completely took over her. She hid from many people because she had no way of communicating with the world. Until she learned Sign Language.

“I said in my prayer, ‘If this is your will, please give me peace of mind about it. Because right now, I’m just not peaceful. I don’t know what to do,’” said Hershey.

As time passed, Hershey began to see that God began putting people in her life to help her adapt to this big change, and the fear began to slowly subside.

“It really shifts our perspective with just not trusting what you know. Not looking at the scary thing that’s in front of you. But just looking ahead. But if you ask God to take away that fear, He’ll take it away. And He did. And that’s all fear is. It’s something that you want to keep because you don’t know what else to do. But when God takes that away, even though your situation is exactly the same? You’re happy. And that is something that I’ve always carried with me and realized through my own experience that God is the One who gives you peace of mind if you ask.”

Asking for help also shifts your focus from the fear, from the unknown, and passing on your worries to God who can help your situation.

When Sophia Espiritu was diagnosed with childhood cancer at the age of 10, she described the feeling of not being alone. The bravery that this little girl had in facing such a terminal illness completely floored me. But she put it so simply how her fear subsided.

“Like a 1000 teddy bears, the big ones from the carnival, the big ones that you need a lot of points for, but just 1000 of those wrapped around you. And I feel like that can be put in many different forms… all of a sudden you feel this, you get this wave of warmth and care…God is helping me and caring for me through this tough time.”

3. Nothing is under our control except how we react to change.

When Channelle left the states to study in Korea with a new culture, new language, new way of transportation, change was all around her. And the original excitement of being in a new school and new surroundings quickly turned into some hard moments that often come with changing your life.

“I’ve felt loneliness, deep, deep sadness, and feelings of being miserable, that I had no one to turn to. And that really forced me to, pushed me to talk to God at all times, and in leaning towards God, and in being patient with the lessons that he has taught me. It really has helped me with their perspectives on how I should view the world, how I should be in the future. And you know how I am supposed to be at my very best self,” said Chanelle during the episode “Being A Strong Christian in College”. 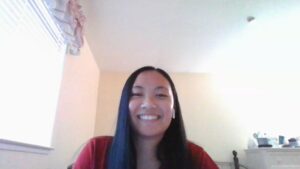 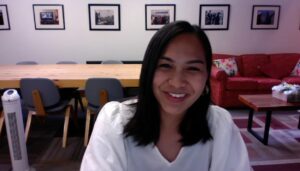 You may be feeling anxious about the uncertainties that await in the coming year. Or perhaps there are changes that you want to implement in your daily life, in your career, relationships and in enhancing your life. But fear and doubt are hovering over you?

If there’s one thing I’ve learned from everyone we’ve interviewed, it’s that change is never easy. Change is uncomfortable, but change is inevitable.

Whatever change we go through in life, it’s all part of growth. God is more interested in helping us develop our character than He is in keeping us comfortable or stagnant. Through the discomfort of change and in the process of growth, we learn to see what we’re made of.  But, more importantly, we see what God can do in our lives.

Take Making Changes with you wherever you go

You can listen to the Making Changes podcast on the INC Media App, Google Podcast, Apple Podcast, iHeartRadio and Spotify. And if you have a story of change you’d like to share, email us at news1@incmedia.org. Use the subject “Making Changes,” and we’ll reach out to you. 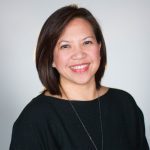 Aliw is the host of the Making Changes podcast and is a Supervising Producer at INC Media. She enjoys watching documentaries and listening to podcasts. She is a mom of two young adults and lives in the San Francisco Bay area with her family.