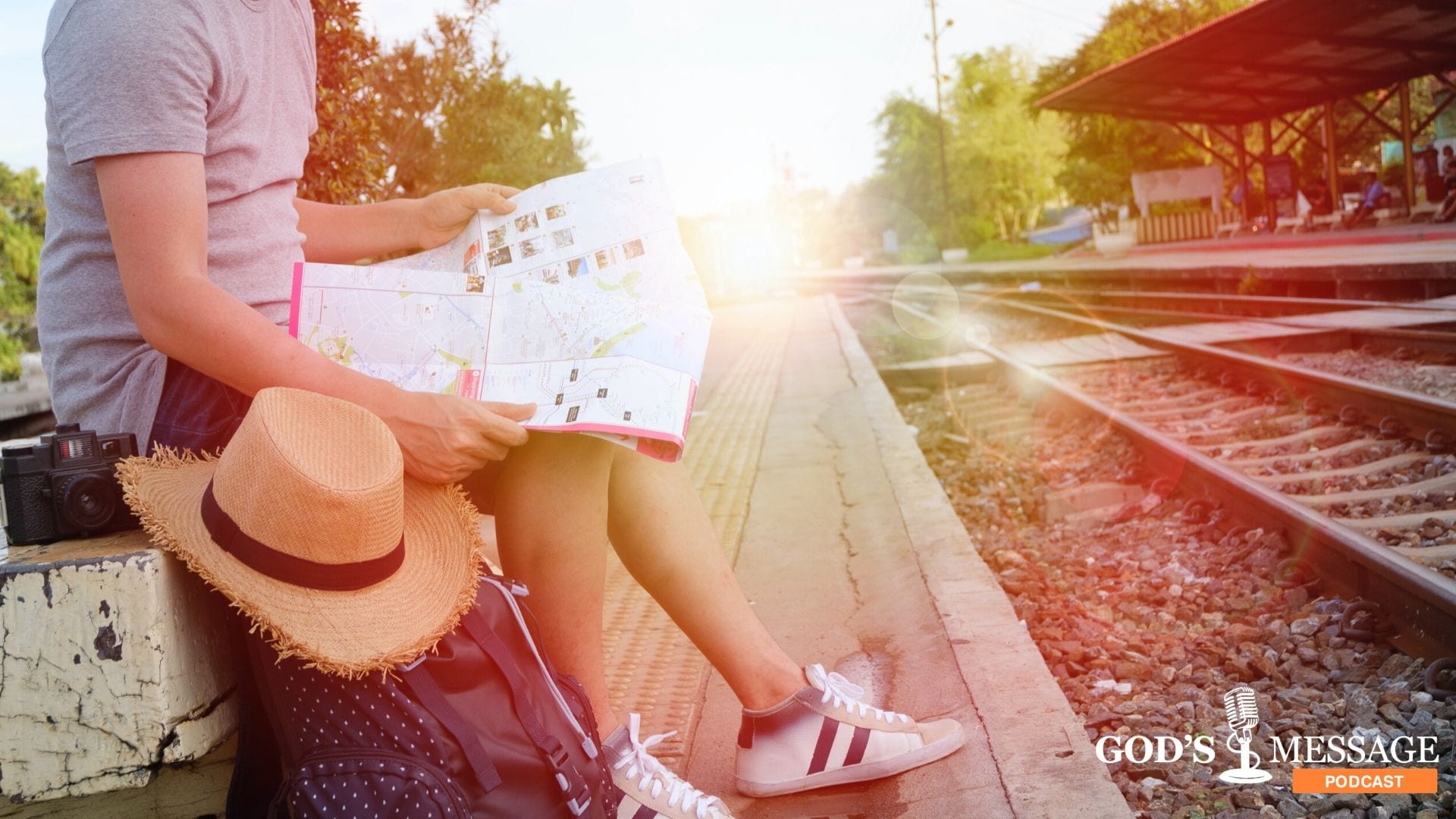 When decisions need to be made or when things get tough, let God direct your life. Listen to the reasons you need God how He can give you hope in life.

Brother Bob Pellien: When it’s time to make a choice, who do you ask for advice? Family? Friends? Have you considered asking the One who has all the answers? After all, God created us, so He knows what’s best for us. Right?

You’re listening to the podcast version of God’s Message magazine and today’s topic is: “Let God direct our lives.”

You know, it seems ironic that the world’s lone superpower has 40 million of its citizens living in poverty. 40 million! That’s more the entire population of Canada, and more than one and a half times that of the Australian continent.

“The United States of America,” wrote Philip Alston of the United Nations, “is one of the world’s richest and most powerful and technologically innovative countries, but neither its wealth, nor its power, nor its technology is being harnessed to address the situation in which 40 million Americans continue to live in poverty.” The Guardian online, dated December 15th, 2017.

Arif Husain, Chief Economist of the United Nations World Food Programme revealed that, for the first time in a decade, the number of people suffering hunger is back on the rise. That’s a quote from the Hurriyet Daily News online, December 17th, 2017. He disclosed that the number of people who go to bed hungry each night has risen from 777 million to 815 million today. What’s going on?

Although man has made great strides in food production and technology, hundreds of millions today are still suffering from chronic malnutrition. Around 22,000 children die daily due to starvation, according to UNICEF. And despite huge scientific breakthroughs in health and medicine, millions still die from various diseases and plagues.

It is quite obvious that, despite man’s persistent efforts to improve his life and living conditions, his lot does not seem to get any better. Why? Mortals cannot run their own lives.

It is, mortals cannot run their own lives.

Is it within man’s power to take charge of his life and put it in order? Can he chart his own course and steer his life toward a good end? The Bible answers,

I know, GOD, that mere mortals can’t run their own lives, That men and women don’t have what it takes to take charge of life.

Man on his own is incapable of running his own life. The Bible further illustrates his inability to take charge of his life by pointing out how completely oblivious he is of what lies before him. I quote the scriptures again:

Try to recall some of the recent disasters in history. First, September 11, 2001: terrorist attacks in the US; 2004: Indian Ocean earthquake and tsunami that killed close to a quarter of a million people; mass shooting in Las Vegas in October 2017, and ask yourself, if the people who perished in those tragedies knew in advance what would happen, would they have gone to those places?

Man, undeniably, is totally clueless on what the future brings.

Knowledge increases sorrow. What if man acquires immense wisdom? Will it solve all these problems and ensure that good fortune? King Solomon, a man of notable achievements regrettably says, “No.” I quote:

I spoke with my heart, saying, “Behold, I have acquired great [human] wisdom and experience, more than all who were over Jerusalem before me; and my mind had observed a wealth of [moral] wisdom and [scientific] knowledge.” And I set my mind to know [practical] wisdom, and to discern [the character of] madness and folly [in which men seem to find satisfaction]; I realized that this too is a futile grasping and chasing after the wind. For in [much] [human] wisdom, there is much displeasure, and exasperation; increasing knowledge increases sorrow.

If earthly wisdom were the cure-all to man’s woes as others may believe, then life would have been trouble-free for those who have acquired it. Sadly, that’s not the case for even people of notable educational achievements are not spared from life’s pains and sorrows.

It behooves us then to know Who alone can bring about what is good for man. The Creator Himself declares, I quote:

For I know the plans I have for you.” says the LORD. “They are plans for good and not for disaster, to give you a future and a hope.

Only the all powerful God can bring man a future filled with hope. The Lord Almighty alone knows what is best for man and only He can direct man’s steps toward his ultimate good.

Sadly, there are those who think that they do not need God to show them the way. That they, on their own, using their own knowledge and faculties, can make their aspirations come true.

Should man even think that his wisdom is on a par with that of God’s? Are human thoughts the same as that of the Almighty? The LORD answers,

A drop in a vast ocean. That’s how infinitesimal and inferior man’s thoughts are compared to God’s.

Thus, it is futile and unwise for man to trust in his own power and wisdom in bringing about the good future he hopes for. Let God direct our lives.

To find more articles like these, get your copy of  God’s Message magazine from a member of the Church Of Christ.

You can also find the podcast Version on incmedia.org/podcasts or on iTunes or Google Play under “INC Podcasts”.