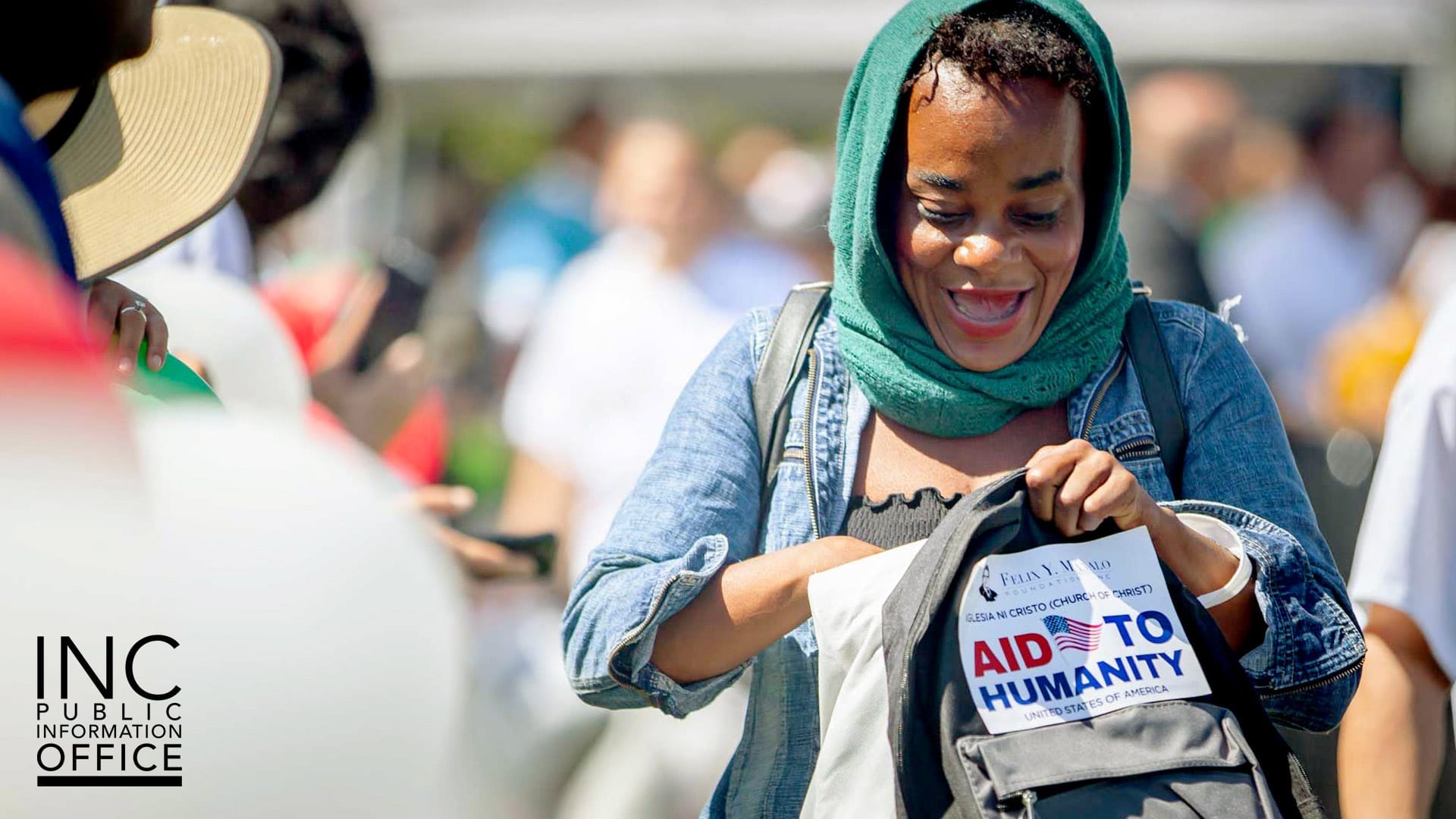 AUGUST 19 (SAN FRANCISCO) – Hundreds of East Oakland residents were gifted care packages and school supplies from the Felix Y. Manalo (FYM) Foundation, the charitable arm of the Iglesia Ni Cristo (INC or Church Of Christ) during the Aug. 17 Aid to Humanity event. Eight local organizations received donations to support their community work in the greater Bay Area, which has one of the highest costs of living in the nation.

“Everybody is on high alert and stressed because of the cost of rent – it’s ridiculous,” says Dwayne Aikens, Jr. of We Lead Ours, an Oakland organization concentrating on providing children with enrichment programs to hone life skills. But the FYM Foundation “they are doing more than the United States Federal Government. You’re moving mountains – that was beautiful. And, you’re doing it without asking for anything in return.”

“This will make a great impact on our organization,” says Aria Brock of the International Rescue Committee, “because we’ll be able to help more people… many of our clients are having struggles with homes, giving supplies to their children to go to school. Having some funding is fantastic and is really helpful to all of our clients to be able to get them into homes.”

The Oakland event is the 5th stop of the FYM Foundation’s Aid to Humanity U.S. outreach series this August. After starting in Brownsville, N.Y. Aug. 11, Aid to Humanity reached the communities of Marlow Heights, Md., Seattle, Wash., and will continue in Arizona, and Los Angeles, California.

Earlier this year, Aid to Humanity events helped 36 local organizations in Canada, serving thousands in need along the way,  as part of its global aim to provide an opportunity for those most in need  and contribute to supporting peaceful and productive communities. Other projects include eco-farming in Africa and the distribution of basic supplies to residents of favelas in Rio de Janeiro, Brazil. Volunteers of the foundation have also offered relief aid in the aftermath of natural calamities, such as hurricanes and earthquakes in the Philippines and other disaster-stricken areas.