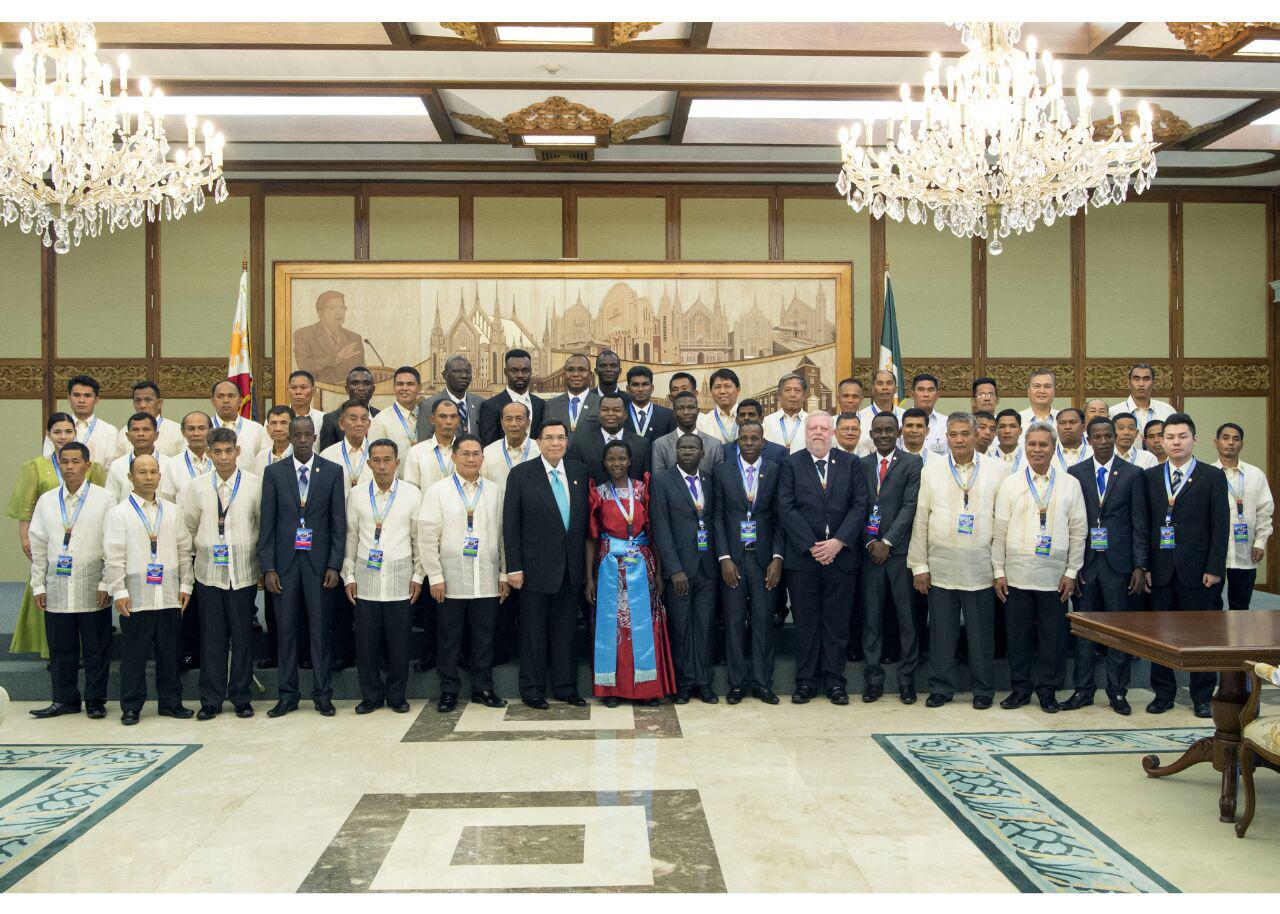 About sixty former bishops, pastors, preachers, ministers and priests meet in the Philippines to learn more about the Iglesia Ni Cristo, Church Of Christ

After leaving their former practice and departing from their previous religions, former pastors from Canada, Liberia, Uganda, Kenya, Liberia, Congo, Japan and the Philippines accepted the invitation to a gathering held at the Central Offices of the INC in Quezon City to further their knowledge about the history and biblical prophecies fulfilled in the Church Of Christ, and to meet with INC Executive Minister, Brother Eduardo V. Manalo.

“My life is different,” said Joseph Crusoe, a former pastor of a Pentecostal church in Liberia. “I’m going back with different perspectives, with a different way of serving God, a different way of living because of the encounter with our dear, beloved Brother Eduardo V. Manalo.”

Joseph came to know about the Church Of Christ in a God’s Message magazine found at a restaurant in Monrovia. What started as remote online Bible Studies with Ministers of the Gospel in the United States for him and his family, quickly spread into an opportunity to also invite others to listen instead, to the true words of God written in the Bible.

Like many conference attendees, Daniel Monday, a former pastor from Uganda, left the multi-day conference knowing this was just the beginning of their enlightenment, and most especially their responsibility to their former congregations back home. “I still have pain, because I know there are many people behind that I have been preaching [to] and also have to discover the truth. I can’t just go forward.”

Henry Meloba, former Pastor of the New Apostolic Church said that he came to realize that the doctrine of the Church Of Christ was not a man-created doctrine but a biblical doctrine. “That’s when I came to withdraw from being a pastor in my Church … this is the true Church Of Christ that I was yearning for.”

Canadian conference attendee, Johnny Brison, a former Pastor of the Pentecostal Church, was so amazed by the apparent growth of the INC all over the world. “Today there’s many that have churches for sale,” he said. “But you look at the Church Of Christ – no; if they can find a building, they buy it and they fill it until there’s no more space. Then they buy another one, or build a new one. For such a short time, to grow so fast, the hand of God has to be in the Church for this to happen.”

The former pastors and preachers of different religions travelled back to their countries, confident in their quest to continue their studies; but most especially assured that their decision to join the Church comes with a responsibility – the duty to share with their former colleagues and followers the truth about the doctrines in the Bible they learned in the Church Of Christ.

“We were deceiving them because we were not preaching the gospel and living by it,” admitted Joseph Crusoe of Liberia. “We are going to snatch them out of that religion.”