The Church that Stays True to God’s Words

Play Higher Resolution
Play Lower Resolution
Download Video
Are you looking for the Church that teaches only what’s written in the Bible? See how accepting an invitation to the Church Of Christ can change your life.
Transcript

The Church That Stays True to God’s Word

Herman King (Bronx, New York): I had been searching for the longest to find some church that would stand and give the actual meaning of God’s word.

The number of people claiming to be “unaffiliated” with a religion continues to  grow.

Herman: A lot of the other religions, it’s a watered-down version.

Carlton Henderson (former Anglican): We could never really find that one church that we felt we connected with.

Mary Gueverra (National City, California): As a child, I was raised Catholic, and I never felt the connection with the Catholic Church. I just had a lot of questions. So I had hopped around from a church and different things; I was more than willing to try it.

⅓ of US adults says their lives have changed because of a conversation about faith.

I was invited by a friend of mine.

I was invited by a workmate…

And they were passing out the little flyers.

I was invited by a neighbor.

Mary (former Catholic): It’s a life-changing event, to realize that what you were used to wasn’t enough. You needed to know more.

Herman (former pastor): I’ve never been in a Bible study [that was] anything like what I attended that day. And everything came straight from the Bible. The question was asked, the answer was given. And I sit there and I thought to myself, “You know what? I’m gonna give this a try.”

Karen Jackson (former Baptist): The first lesson was about the Bible and why we use the Bible as our source of worshiping God. He invited me, he said, “There’s more to hear. Would you like to come back tomorrow?” I’m like, “Wow, there’s more where that came from?” So I was really excited. And I went back every day.

60% of “nones” or people with no religious affiliation say they question a lot of religious teachings.

Zsolti Horvath (former Catholic): And I asked him [minister], “You mentioned a few times during the service that this is the one true Church. How do you know?” The first thing he quoted was Acts 20:28. He kept citing verse after verse of evidence backing up Acts 20:28, about why the Church Of Christ is the true Church. And it was, like I said, it stuck with me ever since.

Alejandro Peña (former Pentecostal): I asked the minister, “What do I need to do to be saved?” And straight from the Bible, that’s when he started showing it to me, verse by verse, one at a time.

Candace Henderson (former Baptist): When I heard that Bible lesson, it made me question everything that I’ve ever been taught. And I realize that nowhere in the Bible was the word “trinity.” So that was the game-changer for me.

Ivan (Lancaster, California): I felt like, “Hey, this Church, this is different.” This Church is actually teaching the true teachings from the Bible.

Marda: The way everything was laid out, one verse connecting to another verse, just like a jigsaw puzzle, and if you believe that the Bible is composed of the words of God, that they’re the truth, then you won’t doubt any of the prophecies that are written in the Bible.

Elizabeth Allan (joined the INC in 2019): It’s the only Church that’s ever been able to give me the answers that I’ve been looking for. And I just, I knew in my heart that it was the right place to be.

Gregory Peterson (former Catholic): When I went to my first worship service in the Church [Of Christ], I was impressed with the solemnity of the worship service.

Tianna Tillman (former Baptist): The main difference for me was how the worship service was actually taught.

Brian Ramirez (former Baptist, Pentecostal and non-denominational Christian): The minister didn’t say anything that came from his own understanding. He had everything come from the Bible, everything had a verse backed up to it.

Mary (joined the INC in 2020): I would come into the worship services and I’d leave with something every day.

Marda: 2020 has been a year that will definitely go down in the history books. So many things have happened this year. But because of my faith in God, I know that I’m going to make it through all of these trials and tribulations and all of these difficult times.

Brian (Burnaby, BC, Canada): My faith has been my cornerstone. It’s been what I have leaned on and what I have relied on during this entire time.

Herman (joined the INC in 2016): The greatest impact that the Church has had on my life is that it helped me to understand, that it’s not my way, it’s God’s way. If I want to receive salvation on the Day of Judgment, I have to make sure that my life conforms to the word of God.

Carlton: To be a citizen of heaven, to me, means to belong there––to have the privilege and rights of belonging.

Brian: Now, we’re able to walk confidently each day knowing God’s going to be with us. God’s going to protect us. No matter what our eyes are seeing, He will be there for us.

Tianna (joined the INC in 2018): Even when I’m sad, like really sad, I know better than to get caught up in anything that happens here.

Marda: So often, people want to brag about their citizenship, whether it’s in the U.S. or wherever it may be. But the one citizenship that we should all brag about is having the citizenship in heaven.

Mary: That, to me, is the most amazing feeling. I used to really struggle and worry about things. Now I don’t. I’m at peace. I know that I will be there.

Gregory (joined the  INC in 1987): And because we have the assurance of  citizenship of heaven, our focus should be on our true home in heaven.

Ivan Sanchez (joined the INC in 1996): I’m thankful that even though the world is full of chaos, full of unrest and a lot of hatred, in the Church Of Christ (Iglesia Ni Cristo), we have the true brotherhood, that no matter what your color is, no matter what your race is, we’re all brothers and sisters inside this Church. So I just wish that more people would find out about this, you know, like for my African-American brothers, my Latino brothers, from all ethnicities, you are all welcome inside the Church Of Christ.

Get to Know Us

What You Need to Live Your Best Life

Is It Time to Leave Your Church? 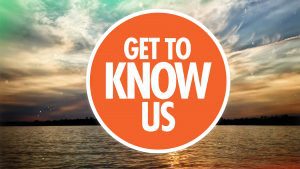 How to Decide on a Religion?

The Church that Stays True to God’s Words