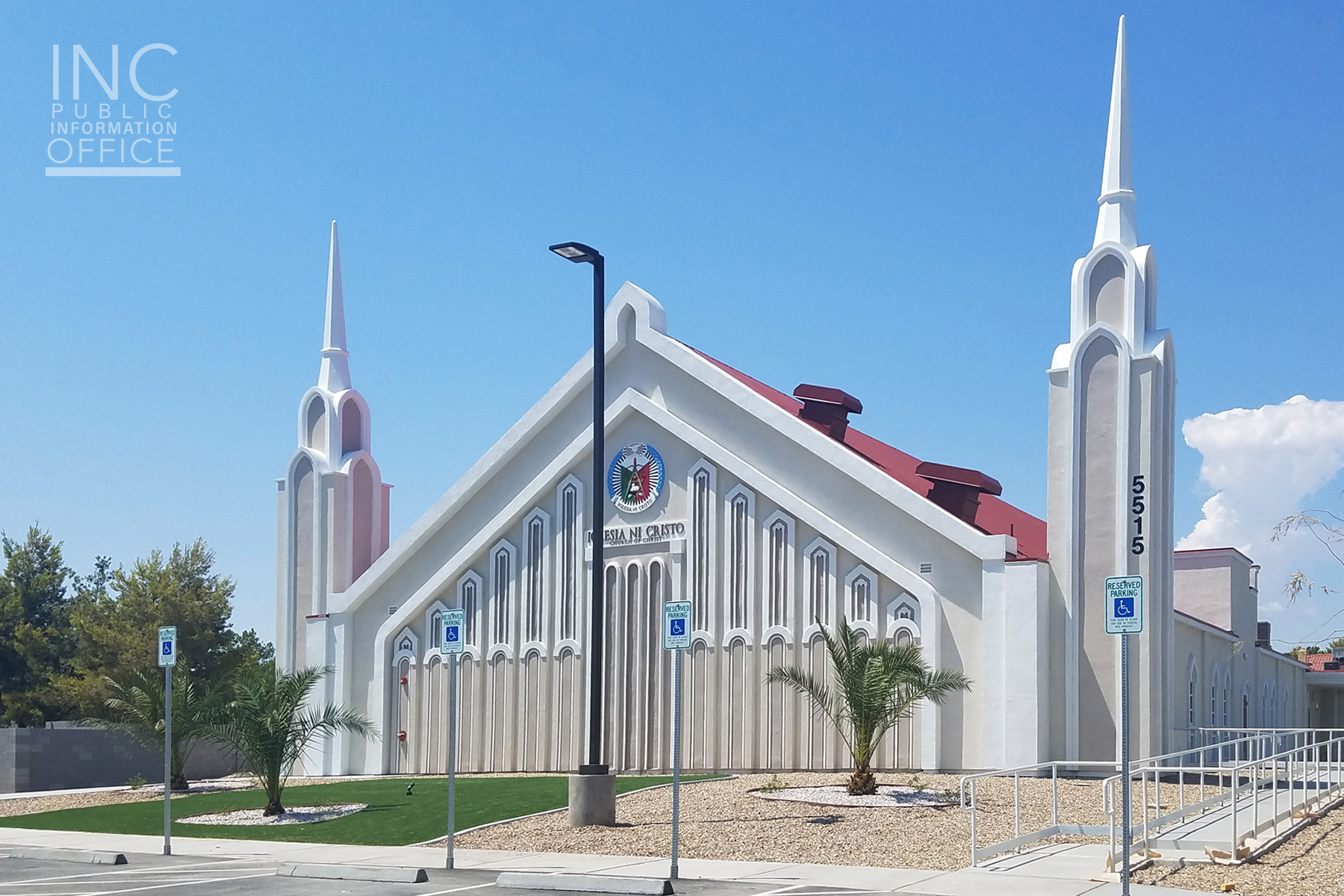 HENDERSON, Nevada (Aug. 17, 2018) – Just beyond the bright lights of Las Vegas, Nevada, the Iglesia Ni Cristo (Church Of Christ), an international religious organization that had its first congregation established in the Philippines in the early 20th century, established a congregation in Henderson in April of 1982. And Saturday, Aug. 18, the congregation’s newly-renovated worship building will continue to open its doors to the community in a special dedication Worship Service led by INC Executive Minister, Brother Eduardo V. Manalo.

Prior to the establishment of the INC’s Henderson Congregation, INC members residing in Henderson used to travel hours and crossed state borders in order to worship twice a week. From the initial local congregation of Henderson sprang other INC congregations around Las Vegas. In August of 2012, the 1.99-acre property on 5515 Mountain Vista Street in Henderson was purchased from the Vegas Valley Christian Church. Now, with this new permanent place of worship for families in southeast Las Vegas, they have “a place to call home.”

The previously existing building of 550-seats was renovated into office space and a function hall. The function hall can serve additional seating capacity for the edifice. The property can now accommodate up to 942 worshippers at a time. It also includes a choir loft and pulpit, additional entryway to the house of worship, and the installation of pews and chandeliers. Also included is a new intricate wrought-iron fence encircling the property.

Voluntary contributions from members all over the world allow for the building and renovation of INC edifices like this one in Henderson, which shares the same unique design for which INC chapels have become known globally.

The Henderson property is one of seven in the Las Vegas area, part of 25 growing INC local congregations throughout the Mountain States region of the US alone, which services families throughout Nevada, Arizona, Utah, Colorado and New Mexico. Hundreds of buildings have been constructed or purchased and transformed into worship buildings by the Iglesia Ni Cristo (Church of Christ) in various states in the US and in different countries, so that people’s connection to God can be kept alive in communities all over the world.

Just last week, the INC dedicated a 250-seater house of worship in Oxnard, Calif. The Church also dedicated a newly built 810-seater worship building on a 3-acre property in Ewa Beach, Hawaii, on July 27, which marked the INC’s 104th Anniversary and 50th Anniversary of its establishment in the West – celebrating a half-century of missions beyond the Philippine borders.

“The city of Las Vegas might be known as ‘Sin City’, but among the lights of Las Vegas, the Iglesia Ni Cristo, Church Of Christ is thankful to shine bright among them as a wholesome alternative, a community based on family, doing good, and the words of God written in the Bible,” said Esteban P. Inocencio, District Supervising Minister of the local INC congregations.

The Iglesia Ni Cristo (INC) or Church Of Christ is a global Christian Church that upholds Bible-based Christian teachings. It maintains its congregations and missions in 143 countries and territories and its membership consists of 133 ethnic groups and nationalities.