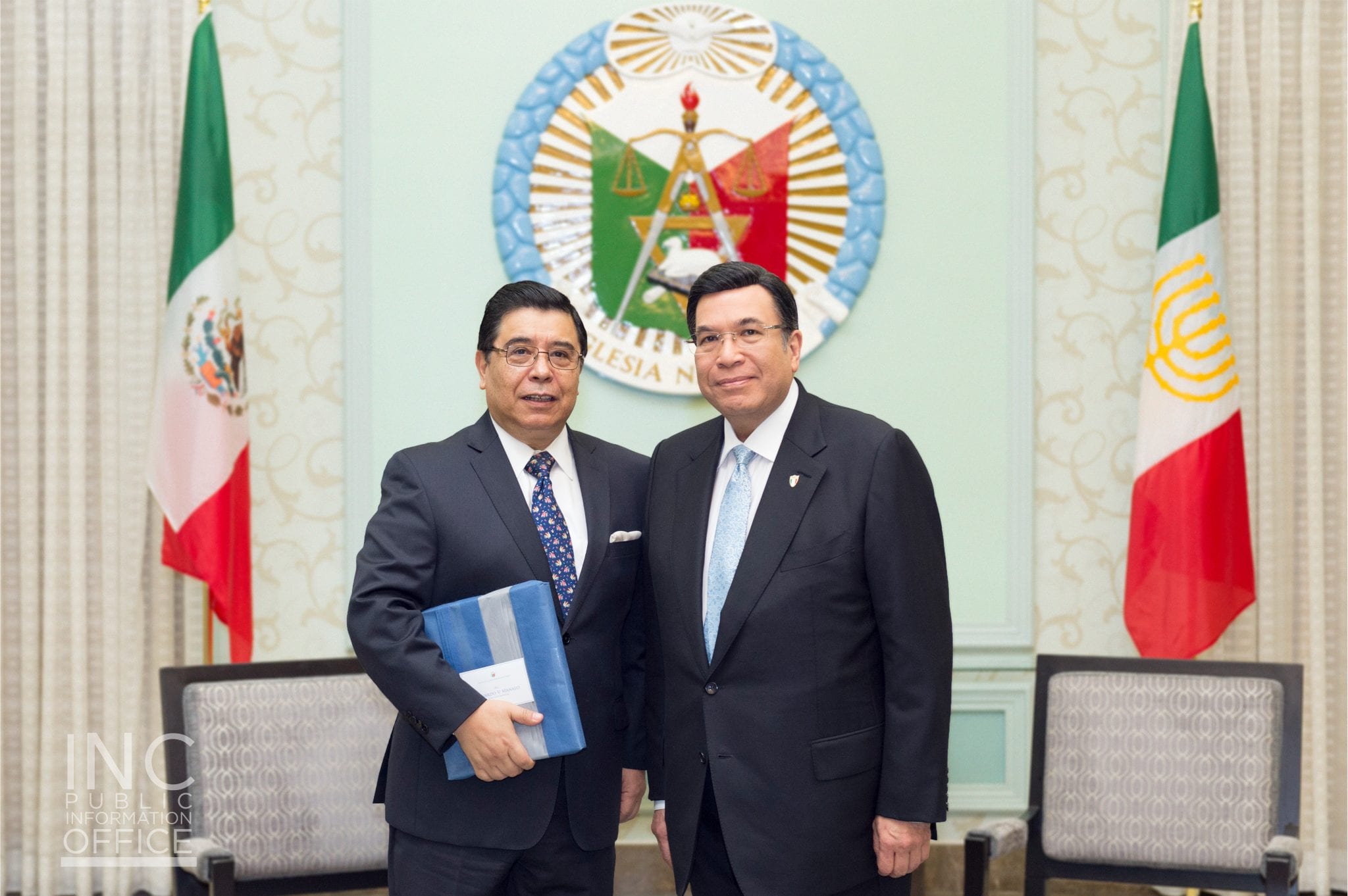 Vice Consul, and Head of Cultural Affairs, Luis Gerardo Regalado is tasked with Philippine-Mexican cultural relationships, while Ambassador Lozano is the third ambassador from Latin America to visit the Executive Minister in the last nine months (Panama – July 5, 2017; Brazil – April 11; Mexico – April 18). The visits are part of an ongoing and strengthening relationship between the Iglesia Ni Cristo and Latin American communities.

During his visit, the Mexican Ambassador recognized that “many of society’s problems can be eased with more programs that aid the poor”, similar to those which are continuously being conducted by the INC.

In October 2017, the INC organized an Aid for Humanity event in Tijuana, Baja California wherein more than 600 poverty-stricken residents received free health screenings, reading glasses, dental hygiene supplies, food parcels, clothing and backpacks with school supplies. The INC’s socio-civic programs aim to strengthen the bond between the congregations of the Church Of Christ and the communities in which they serve.

Ambassador Lozano expressed his “appreciation for the Iglesia Ni Cristo’s struggle against poverty,” which affects both Mexico, as well as the Philippines and her many overseas workers. Both the Ambassador and the INC Executive Minister “shared interests in the welfare and concerns of migrant workers,” stated Minister Joel San Pedro, an INC minister and the INC Central Office Protocol Officer.

To meet the needs of its growing membership in Mexico, the INC established a group worship service in Mexicali, which just held its inaugural worship service April 7. Mexicali is one of seven local congregations and missions of the INC in the country.

The visit by both the Ambassador and the Vice-Consul of the world’s most populated Spanish-speaking country “reflects the INC’s rapid expansion in Latin America,” Minister Joel San Pedro continued – expansion in both membership and humanitarian efforts.

On May 6th, INC members in across Latin America will join hundreds of thousands all over the world in the INC Worldwide Walk. The first Worldwide Walk, held in February 2014 for the benefit of typhoon Haiyan victims, was a multi-Guinness World Record event that historically was recognized as the largest charity walk across multiple venues held in 24 hours. The 2014 event had 519,221 participants from 135 sites around the world held across 13 time zones in 29 countries. This year’s event aims to beat the previous record. Sites in Mexico City and Tijuana will host participants of the region in this year’s Worldwide Walk to Fight Poverty.

Projects of the INC tackling poverty and addressing needs of its neighbors will ramp up as the INC prepares for the yearlong celebration of its 50th Anniversary in the West – July 27, 2018. Celebrating a half-century of missions beyond the Philippine borders, congregations will be honoring the milestone by continuing and bolstering its global humanitarian presence.

The Iglesia Ni Cristo (INC) or Church Of Christ is a global Christian Church that upholds Bible-based Christian teachings. It comprises 6,000 local congregations and missions in 142 countries and territories (around 370 local congregations and missions are in the US and Canada alone), and its membership consists of 133 ethnic groups and nationalities.