INC Members in Japan Are Led in Worship

On August 30, 2020, Church Of Christ members from different parts of Japan and the Philippines were led in a worship service to God by the Executive Minister, Brother Eduardo V. Manalo, from Quezon City, Philippines through videoconferencing.

Earlier this week, on August 25, 2020, the Executive Minister led the International Conference of all ministers and ministerial workers of the Church Of Christ.

Brother Andrew Fisher (Melbourne, Australia): The message that was relayed to us was a very timely and necessary message because he used the Bible to explain that as we get closer to the Day of Judgment, we need to be seen having holy behavior. And we need to be seen being devoted in our services to our Lord God and our faith.

Brother Bon Geguera (Kent, Washington State): As ministers of God, He expects us to be good role models before the brethren. Model, when it comes to obedience and in holy living to be effective leaders in His nation.

Brother Marvin Mangune (Orange County, California): We will always strive to fulfill the obligations and the duties that were given unto us, to be able to bring honor and glory unto our Lord God.

Brother Naoki Imoto (Osaka, Japan): Based on the preaching earlier today, God never lets us experience problems or trials that are beyond our ability to overcome. When we face difficulties, we need to all the more pray to God and ask Him to give us the strength and power to overcome them.

[On-screen text graphics]
This year, the Technology Resource Group, which the Executive Minister himself established, is celebrating its 10th anniversary.

Brother Duiane Edwards Sr. (Okinawa, Japan): I would like to thank our Executive Minister for his dynamic leadership in shepherding the Church Of Christ.

Brother Naoki: Despite the current situation, Brother Eduardo Manalo is dedicated to reach out to the brethren not only in the Philippines but around the globe, including Japan, to convey the words of God through video streaming and I can’t thank him enough for his efforts. 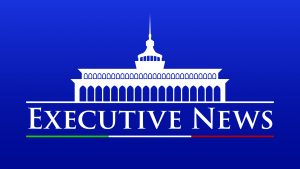 INC Members in Japan Are Led in Worship