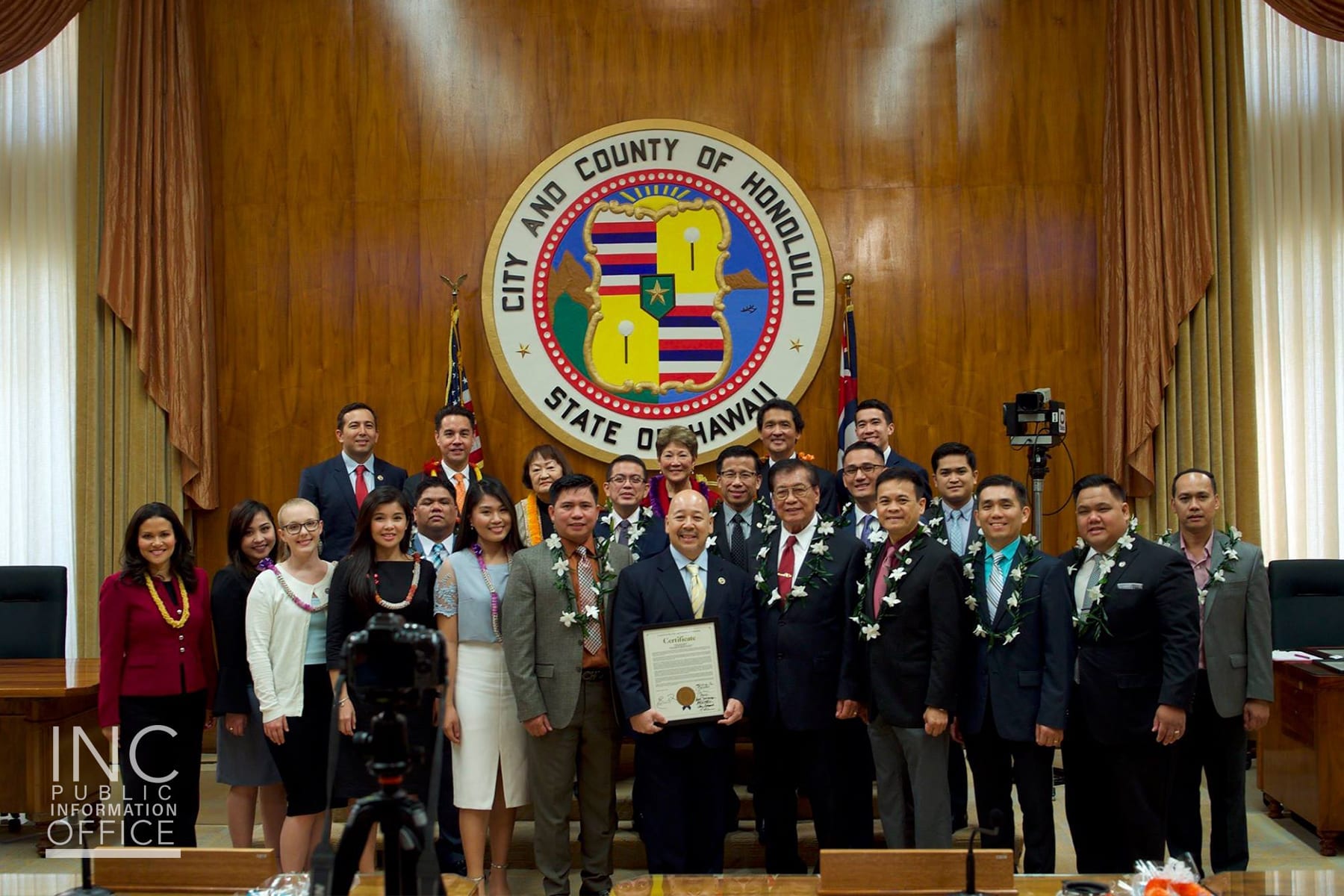 HONOLULU (Mar. 28, 2018) – The Council of the City and County of Honolulu, Hawaii recognized the congregations of the international religious organization Iglesia Ni Cristo (INC or Church Of Christ) on Mar. 28, to honor and acknowledge the INC for its extensive and dedicated history of public service in the State of Hawaii and throughout the world.

The INC’s socio-civic programs aim to strengthen the bond between the congregations of the Church Of Christ and the communities in which they serve.

Members of the INC in Hawaii recently held a Beach Clean Up on Mar. 18 at Maili Beach, and in February held an INC Giving Project and Evangelical Mission at Kapolei Regional Park. Congregations have partnered with local organizations for large-scale food and blood donations.

Events such as these have spanned the last 50 years of the Church’s history on the islands, which led Councilman Joey Manahan and fellow councilmen to declare support for the INC’s history of being “a model for what can be done when people come together in faith and action”, as stated in the sealed City and County Certificate.

“The history of humanitarian efforts of the INC began in the same decade that the INC arrived on this island – the 1960’s. We have maintained that commitment to be of service to our fellow islanders here ever since, and we are eager to participate in future events that will have a global impact, even beyond the State of Hawaii,” he said.

On May 6, INC members in Hawaii will join hundreds of thousands all over the world in the 2nd Worldwide Walk to Fight Poverty – a Guinness World Record event that historically was described as the largest charity walk across multiple venues held in 24 hours. The 2014 event had 519,221 participants from 129 sites across the world, situated in 16 countries – with this year’s event aimed to beat its own record.Five sites throughout the islands of Hawaii will participate in this year’s Worldwide Walk to Fight Poverty on May 6; Oahu’s walk will be held at Kapiolani Park.

Proceeds of the global campaign will be used to provide food and medical assistance for those in immediate need in impoverished countries. It will also add to the continued care and growth of the 5 resettlement sites that are self-sustaining communities in the Philippines; along with 17 eco-farming sites and 6 garment and produce factories, like the one recently established in Ladybrand, South Africa.

Outreach projects of the INC will ramp up as the INC prepares for the year-long celebration of its 50th Anniversary in the West – July 27, 2018. Celebrating a half-century of missions beyond the Philippine borders, congregations will be honoring the milestone by continuing and bolstering its global humanitarian presence.