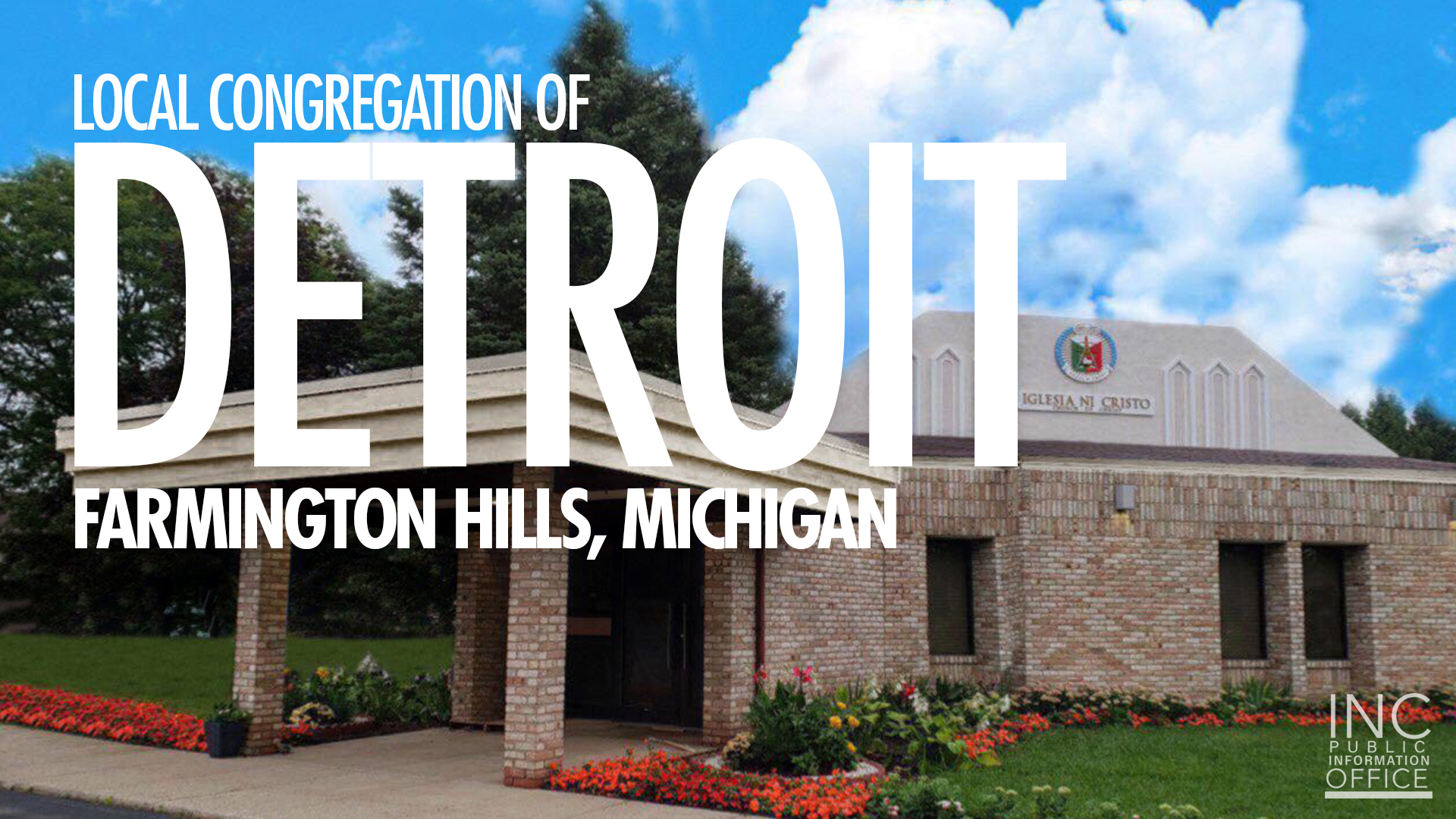 AUG 30, 2018 (DETROIT) – As part of its growing presence in the State of Michigan, the Iglesia Ni Cristo (Church Of Christ), an international religious organization that holds its Central Office in the Philippines, opened its doors to the recently renovated 250-seater worship building at 35300 West Eight Mile Road, Farmington Hills during a special worship service on September 1.

The previous owners of the Farmington Hills property, Bethlehem Evangelical Lutheran Church, sold the property to the Church Of Christ in 2014 due to their dwindling membership. The purchase and renovation of this worship building represents the continuous growth of the INC and the need to purchase additional properties, even from religions which are closing their doors.

From Killeen, Texas to Ewa Beach, Hawaii, and from Henderson, Nevadato Oxnard, California – since July of this year, the Executive Minister of the Church Of Christ, Brother Eduardo V. Manalo has led special worship services across America as the Iglesia Ni Cristo revives the communities around once-abandoned worship buildings.

Since the beginning of 2018, the INC has dedicated over 100 houses of worship worldwide – with an average of three worship buildings a week being built. Additional chapels are currently under construction or renovation to meet the needs of its fast-growing membership worldwide. Voluntary contributions from members all over the world allow for the building and renovation of INC edifices like this one outside of Detroit, that has elements unique to the local culture and building’s history, but monument to INC chapels seen globally.

“For those of us who have been here in Detroit with the Church Of Christ over the last four decades, we’ve seen plenty of businesses, and even religions, close and move away. But this worship building proves that the Iglesia Ni Cristo is growing stronger in Detroit – and isn’t going anywhere,” said Wilfred Santos, District Minister of the 34 congregations in the Northern Midwest.

The Iglesia Ni Cristo (INC) or Church Of Christ is a global Christian Church that upholds Bible-based Christian teachings. It maintains congregations and missions in 143 countries and territories and its membership consists of 133 ethnic groups and nationalities. The INC continues to fulfill its pledge of sharing the gospel and extending help, to the best of its ability, to strengthen the bond between the congregations of the Church Of Christ and the communities in which they serve – through aid and services, promoting education, socio-economic well-being, environmental awareness and health improvement. This is done with the help of local governments and community establishments, through the Aid For Humanity Program of the Felix Y. Manalo (FYM) Foundation and also the worldwide volunteer force of the INC Giving Project enacted through the Christian Family Organizations of the Church Of Christ.