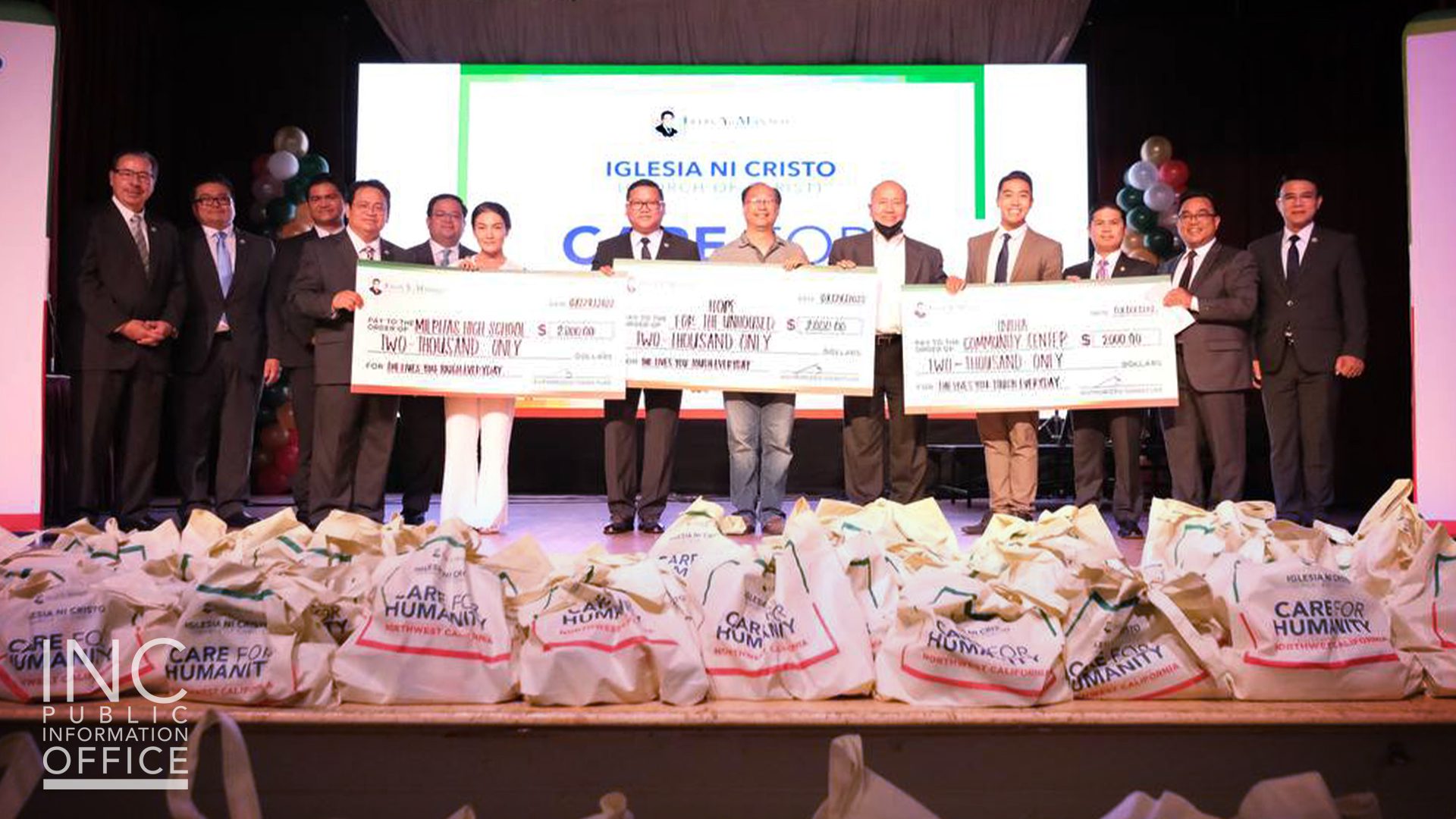 AUGUST 31, 2022 (San Francisco, Calif.) — To celebrate the 108th Anniversary of the Iglesia Ni Cristo (Church Of Christ) and 11th Anniversary of the Ecclesiastical District of Northwest California, a Care For Humanity event was hosted in Milpitas, California to strengthen the Church’s relationship with communities in the region and provide direct assistance to local organizations and members of the public.

Three local organizations were gifted $2,000 donations each from the Felix Y. Manalo Foundation, a socio-civic effort of the Iglesia Ni Cristo which aims to improve and progress the communities in which the Church serves. The event was held at the India Community Center, which was also one of the recipients of a donation, reflecting the almost continuous relationship the Church Of Christ has had with the Indian community.

Additionally, Hope for the Unhoused and Milpitas High School were recipients of donations, acknowledging the close community relationship the Church has developed since 2011 when a local congregation in Milpitas was established.

Attending the event were also local government officials who presented the Church with Certificates of Recognition thanking Executive Minister of the Church Of Christ, Brother Eduardo V. Manalo for establishing the Care For Humanity efforts through the Felix Y. Manalo Foundation. From Alex Lee, Assembly Member of the California Legislature, to Mayor Lily Mei of the City of Fremont; from Councilmember Anthony Phan of the City of Milpitas, to Councilmember Juslyn Manalo of Daly City, and many other representatives of local government agencies; officials from across the region gathered to acknowledge the impact of the event.

For the members of the public who attended the event, 500 bags of groceries and basic food staples were distributed for anyone in need. The Church “is extending our help to the people in dire need, … It was inspired by the verse in the Bible in the book of Proverbs 3:27, ‘Whenever you possibly can, do good to those who need it.’ It is also stated in the book of Ecclesiastes 12:13, ‘Fear God and keep His commands, because this is all for humanity.’ And in Psalms 28:9, ‘Save your people and bless her heritage, care for them,’” stated Brother Eduardo Javier, an INC minister of the gospel sent by the Church’s Administration to oversee the event.

Included amongst the acknowledgements from government officials was recognition of the work of the late Brother Glicerio B. Santos, Jr. — the previous Chairman of the Felix Y. Manalo Foundation who spearheaded its tremendous international growth and impact. After his passing, Brother Glicerio P. Santos IV became Chairman of the Foundation and has continued to work closely to ensure each event’s success.

The Care For Humanity event is the most recent stop in a tour of humanitarian outreaches being conducted by the Church Of Christ this year across the United States, following a recently completed tour across Canada where dozens of local organizations were assisted with donations, in addition to direct public aid and assistance events. The INC’s various outreach events aim to provide opportunity and equity for individuals in different communities, promote education, and ensure socio economic wellbeing.