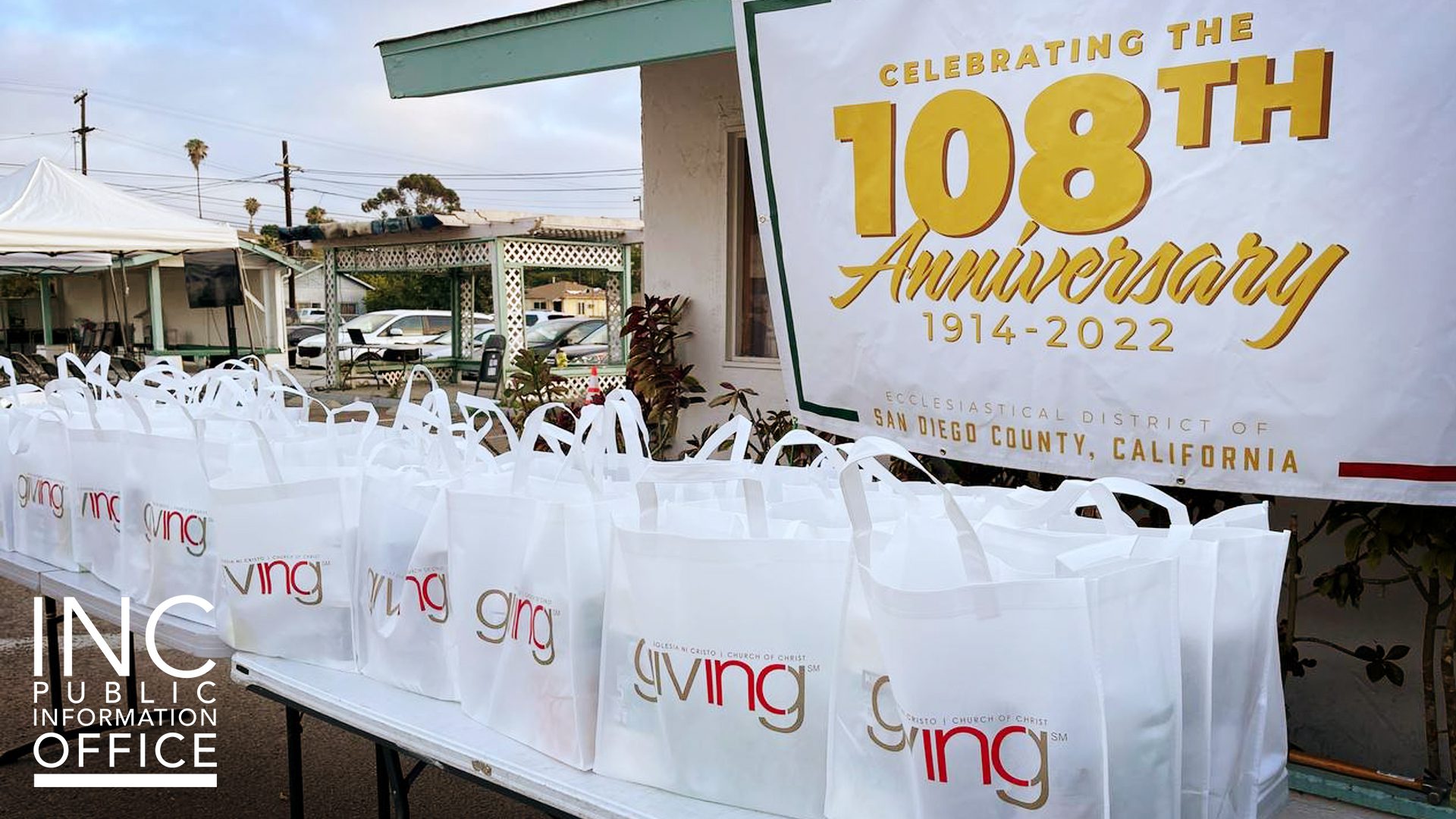 City Councils in San Diego and Riverside Counties recognized the Iglesia Ni Cristo, Church Of Christ), to honor the INC for its dedicated history of public service. 500 care packages were donated at eight community celebrations to commemorate the 108th Anniversary.

(San Diego, Calif.) — City Councils in Southern California joined community leaders throughout the U.S. in recognizing local congregations of the international religious organization Iglesia Ni Cristo (INC or Church Of Christ) on July 27, to honor and acknowledge the INC for its dedicated history of public service in the region and throughout the world.

“Thank you for providing a place of comfort and healing, as well as fellowship and peace to the members that are a part of the community,” Assembly member David A. Alvarez of California Legislature’s 80th District stated in a letter addressing the Church’s 108th anniversary celebrated this July 27, 2022.

“Over 100 years of service is commendable and appreciated … Thank you for your service and contribution to the National City faith community,” echoed Mayor Alejandra Sotelo-Solis of National City, where the Church Of Christ’s first congregation in San Diego County was established in 1970.

Since then, eight local congregations throughout the region have opened its doors to communities, as a result of its growing membership and rapidly-expanding Church, which now maintains 7,000 congregations globally.

“Thank you for your compassion, commitment, and dedication to helping residents,” City of Vista Mayor Judy Ritter also wrote in a letter of congratulations. “Vista is fortunate to have one of your locations and we especially thank Iglesia Ni Cristo for providing humanitarian support and outreach to our local community, particularly to the most vulnerable.”

To continue this commitment to cities in Southern California, 500 care packages and backpacks were filled with school supplies and basic necessities offered at eight community celebrations throughout greater San Diego and Riverside Counties to commemorate the 108th Anniversary.

“It’s a small gesture to residents and families for welcoming the INC congregations and its houses of worship into their neighborhoods for the last five decades,” said Brother Matthew T. Capistrano, Supervising Minister of the Ecclesiastical District of San Diego County, California congregations. “We have seen plenty of businesses, and even religions, close and move away; but the Iglesia Ni Cristo is growing stronger in Southern California, and our doors remain open for families and residents who are longing to grow a connection with their community and most especially, with God.”

Events such as these have spanned the last 108 years of the Church’s history throughout the world and in the U.S. since 1968, which led City of Temecula Mayor Matt Rahn to celebrate the INC’s “several programs providing humanitarian support and outreach within the local community. We congratulate Iglesia Ni Cristo on celebrating 108 years of dedicated service to the global village,” as stated in the Certificate of Recognition from the City Council.

These donations given at the eight events follow a Drive-Thru Aid To Humanity outreach event servicing the San Ysidro School District, and also one that serviced more than 1,000 individuals in South San Diego County. With congregations in 162 countries and territories, the Iglesia Ni Cristo remains a pillar in communities around the world, continuing its pledge of sharing the gospel and extending help, to the best of its ability, to strengthen the bond between the congregations of the Church Of Christ and the communities in which they serve. It reached its 108th anniversary on July 27, under the current leadership of Brother Eduardo V. Manalo. For more about the Church and its activities, please visit www.iglesianicristo.net.