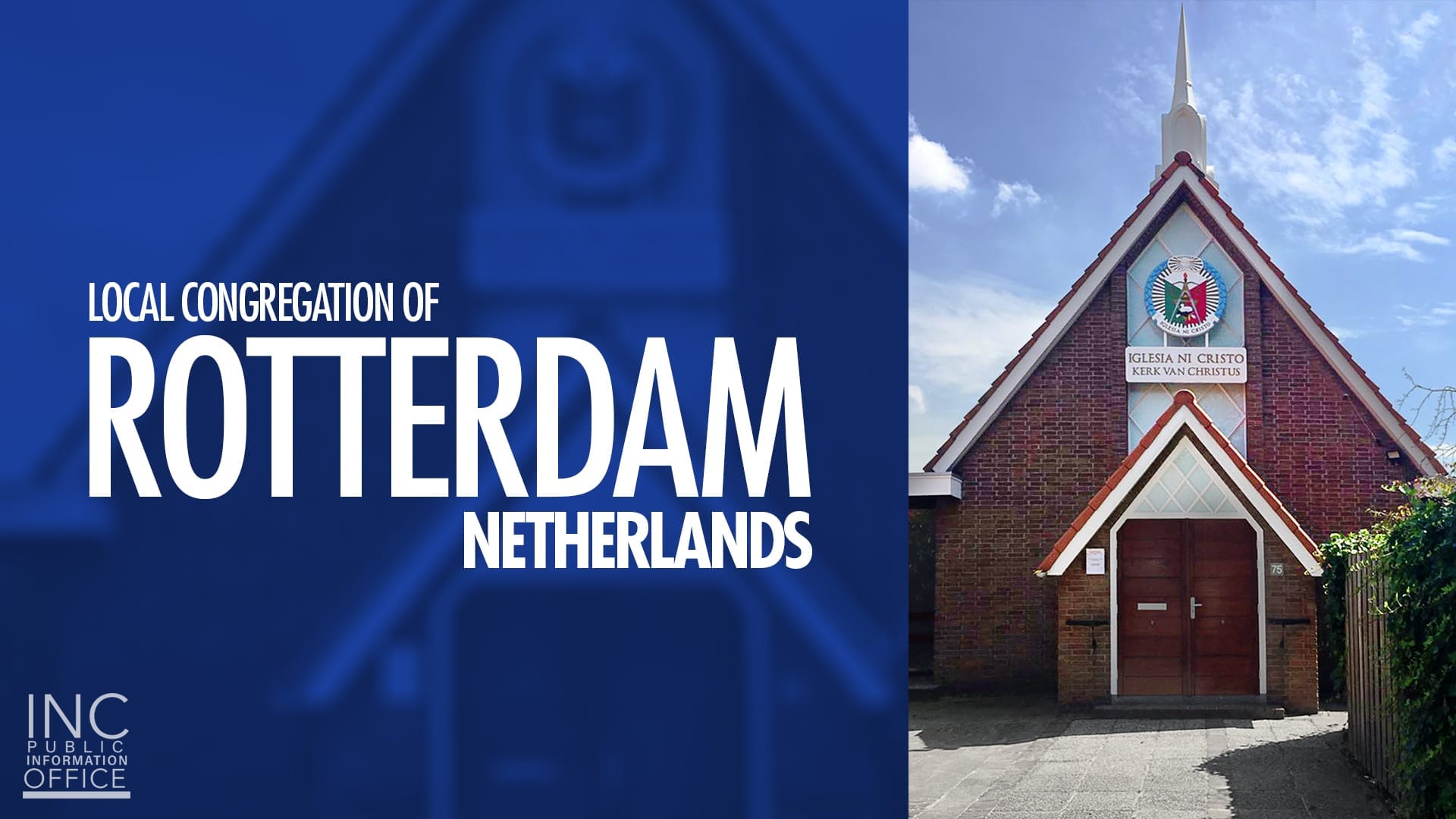 JULY 9, 2019 (ROTTERDAM) – Within the highly multicultural city of Rotterdam, the Netherlands,  Iglesia Ni Cristo (INC or Church Of Christ), an international religious organization that came from the Philippines in the early 20th century, established a congregation on April 4, 2017. Just two short years later, on Sunday, July 7, 2019, the congregation dedicated to God the recently renovated 116-seater building for worship at Emmastraat 75 in a special worship service led by the INC Executive Minister, Brother Eduardo V. Manalo.

The renovation of this property in Rotterdam began this year in January. The site was purchased by the Iglesia Ni Cristo on December 28, 2018 from the Gereformeerde Kerk Vrijgemaakt, or Reformed Churches in the Netherlands, a local Dutch orthodox reformed Protestant federation of churches.

This year 2019, the INC has dedicated 79 houses of worship worldwide – from California to the Philippines. Additional chapels are currently under construction or renovation to meet the needs of its fast-growing membership worldwide.

“Over 50% of the population of Rotterdam are foreign-born, and over 30% are Christian – so the Church of Christ is humbled and proud to be a home for those who have sought refuge in the Netherlands, and we look forward to meeting more of the local population as well, as our congregation grows in this part of the world,” said Romeo M. Marquez, District Supervising Minister of the 61 congregations across Northern Europe.

Worship service of the INC is held at the Rotterdam house of worship every Tuesday and Friday at 8:00 pm, both in the English language.