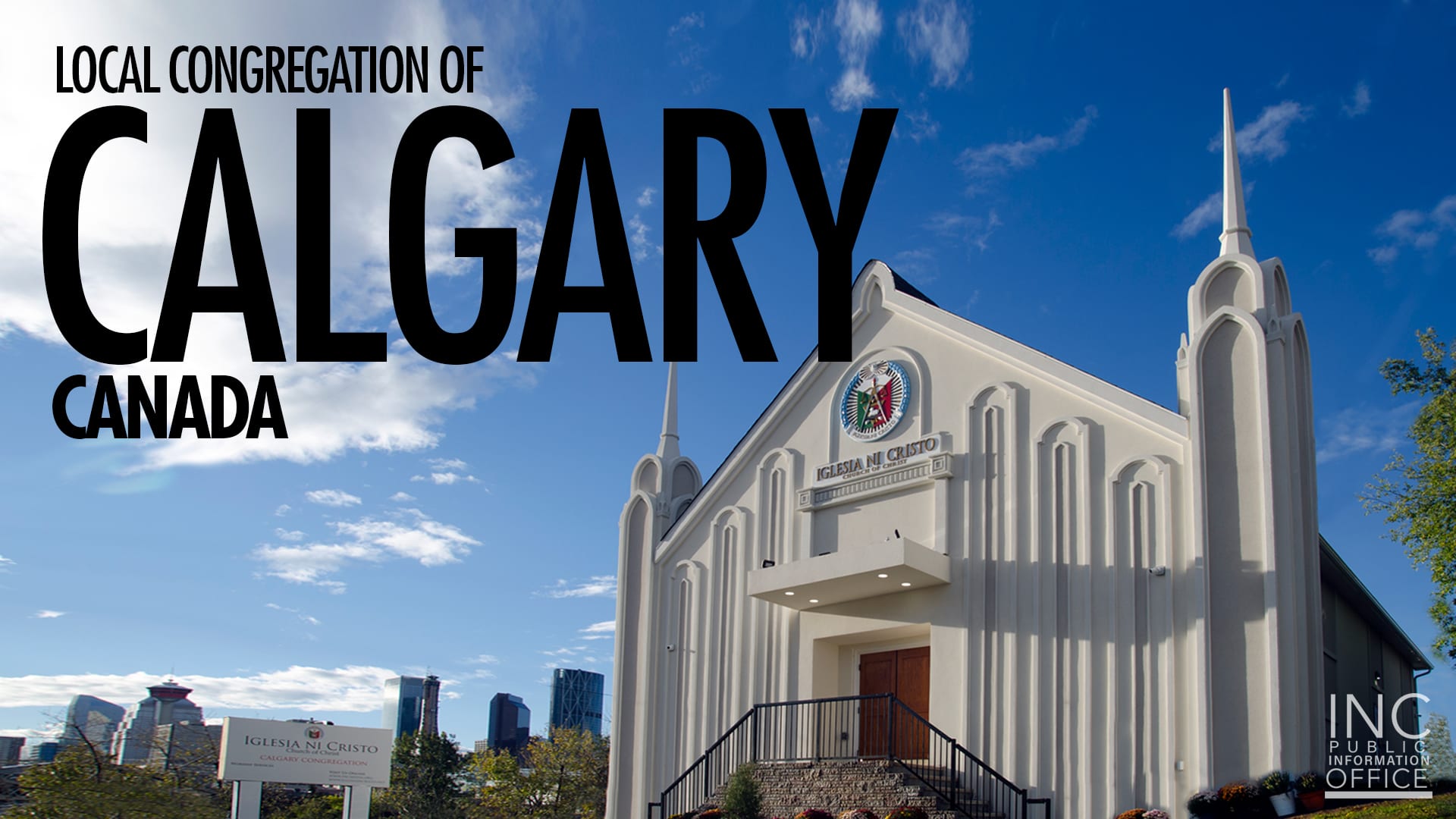 SEPTEMBER 29, 2018 (CALGARY) – Just off the banks of the Elbow River, and minutes from Calgary’s downtown core, stands the worship building of the Iglesia Ni Cristo (Church Of Christ) at 804 MacDonald Avenue SE, in the Ramsay Community. The global Christian church opened the doors of this newly renovated worship building during a special worship service on September 29, officiated by the Executive Minister Brother Eduardo V. Manalo.

The worship building can accommodate almost 200 worshippers in the main sanctuary, with an additional 50 seats in the basement area. The INC has owned the property on MacDonald Avenue SE since the 1980s, when the building was purchased from the Jehovah’s Witnesses. Since that time, the local congregation of Calgary has grown, and there are now six more congregations in the Calgary region, among over a dozen congregations in the province of Alberta.

The upgraded exterior of the worship building is similar to that of INC chapels seen around the globe, with its spires now visible in the community, with the Saddledome and the Calgary Tower in the distance. The extensive renovations began in July of 2017, made possible by voluntary contributions from INC members all over the world.

“I’M SO EXCITED THAT YOU HAVE BROUGHT THIS TO CALGARY”

Bob Benzen, Member of Parliament (MP) for the electoral district of Calgary Heritage was in attendance during the special worship service in Calgary. Moved by the gathering, he shared: “I’ve been to a lot of ceremonies, and they’re very formal, and they’re beautiful events, but this today had a level of passion that I think exceeds many of the events I’ve ever gone to, and it was not just the passion from the Executive leader. It was the passion within the whole congregation. The feeling in the room. You could just feel it. I mean it was so strong.”

Benzen is also looking forward to the Church’s impact on the community: “I’m so excited for you to have such a beautiful, beautiful church to come to day after day, week after week, to have these incredible ceremonies, and I’m so excited that you have brought this to Calgary, and have brought this to our community, and are sharing this with the citizens of Calgary and the citizens of Alberta and Canada, and spreading this message of goodwill and love, and I just think this is a wonderful day.”

Ward 9 Councillor Gian-Carlo Carra, another guest at the special worship service, stated: “I always say that the church is the soul of a great neighborhood, and, you know, to have an amazing community like this dedicated in the community is amazing, part of what makes our city special.”

Carra also shared his thoughts on the worship building itself: “…this is just such a beautiful building, and it is in such a perfect spot. I’ve long looked at this building, and it was always a very humble building… one of the best views in the city.”

“The Iglesia Ni Cristo continues to construct and renovate worship buildings, even as other churches decline and close their doors. It is our intent that here in Calgary, and in every place where we have a house of worship, we will build a positive relationship with the community, and help bring people closer to God,” said Rolando Gaviola, District Minister of over 40 INC congregations that span from British Columbia to Alberta.

Members of the INC have also been participating actively in the INC’s socio-civic programs aimed to strengthen the bond between the congregations of the Church Of Christ and the communities in which they serve. Several activities have been held in Calgary recently, such as police and firefighter appreciation events, a free community breakfast, and singing for the elderly at a care home. In 2016, a huge relief effort for the Fort McMurray fire victims was organized by INC Giving volunteers from all over Alberta.

In the province’s capital city of Edmonton, just a few hours from Calgary, is the High Level bridge. On July 27th of this year, the bridge was lit green, white, and red to commemorate the Iglesia Ni Cristo’s 104th year.