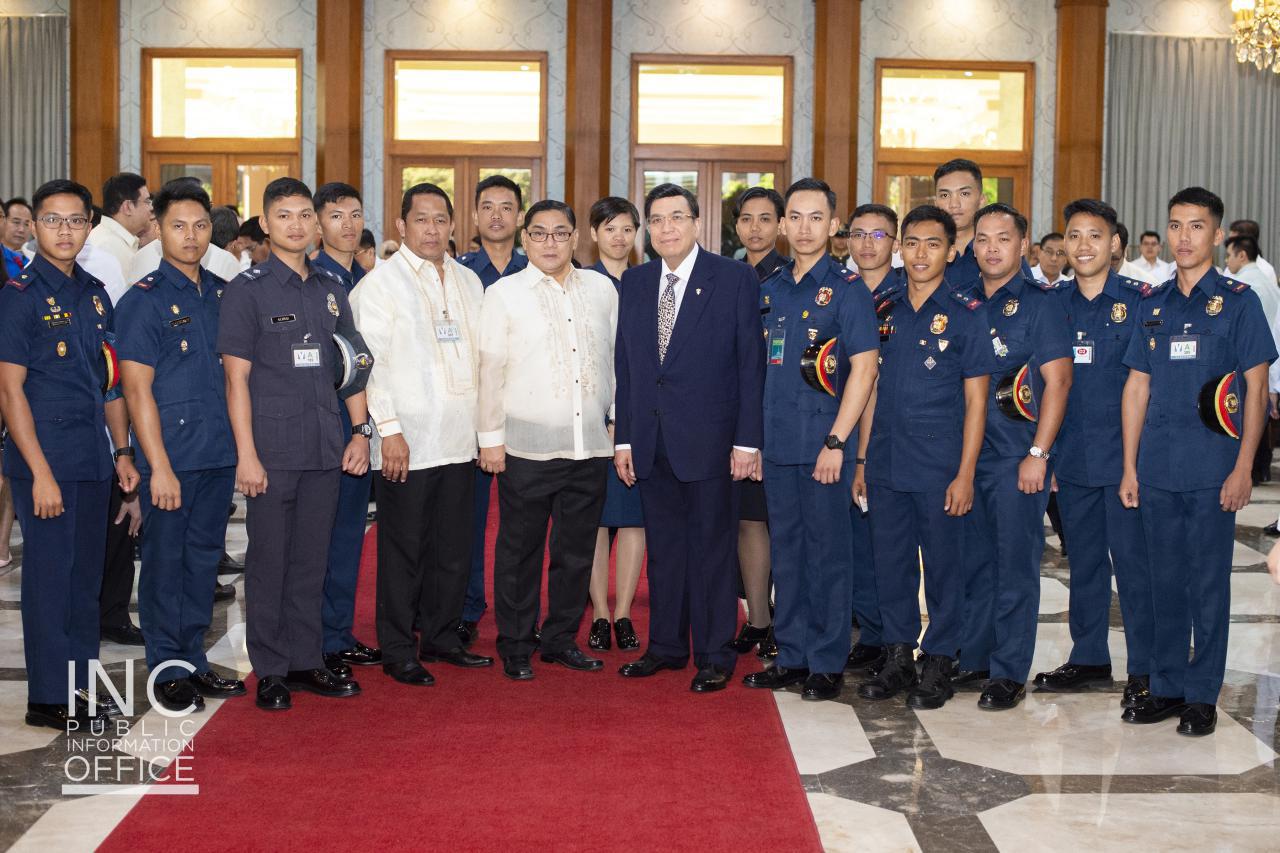 MANILA, PHILIPPINES — Playing a crucial role in the life and well-being of Filipinos, the men and women of the Philippine National Police uphold the core values and ethics that they have acquired from their time in the police academy to their current deployment.

This is what the top Philippine National Police cadet Jervis Allen Ramos, now a Police Lieutenant (Inspector), said in his graduation speech as he thanked Brother Eduardo Manalo for leading the Iglesia Ni Cristo members in their spiritual journey.

On March 26, 2019, Ramos, who graduated top of the PNPA Sansiklab Class of 2019, together with 13 of his batchmates, made a courtesy call to the Executive Minister at the INC Central Office in Quezon City, Philippines.

Ramos said that the Iglesia Ni Cristo, under Brother Eduardo Manalo’s leadership, molded him to become a God-fearing citizen.

“Ikaw ang aming naging tanglaw at gabay upang kami ay manatili sa aming lakbayin (You have become our guiding light so we could remain steadfast in our journey),” he said of the INC Executive Minister.

In his speech, he also thanked God and offered Him praises.

“Sa Iyo po Ama at sa Iyong Iglesia ang kapurihang ito (All praises and glory, to You, Father, and to Your Church)

He called on his fellow graduates to do what is right even during times of trial.

The INC does its share to contribute to the moral and spiritual upliftment of those in public service. The INC has a continuing program where INC ministers share God’s words in the Bible with the members of the military and police wherever they may be.

Last March 19, personnel of the 303rd MARPSTA (Maritime Police Station) in Brgy. Sisiman, Mariveles, Bataan led by Police Major Virgilio M. Carodan, station commander, were taught by Brother Danilo M. Benedicto Jr., Iglesia Ni Cristo ministerial worker. He emphasized from the Bible the traits that public servants should have to be effective in the discharge of their duties.

For more about the Church Of Christ and its activities, please visit www.iglesianicristo.net