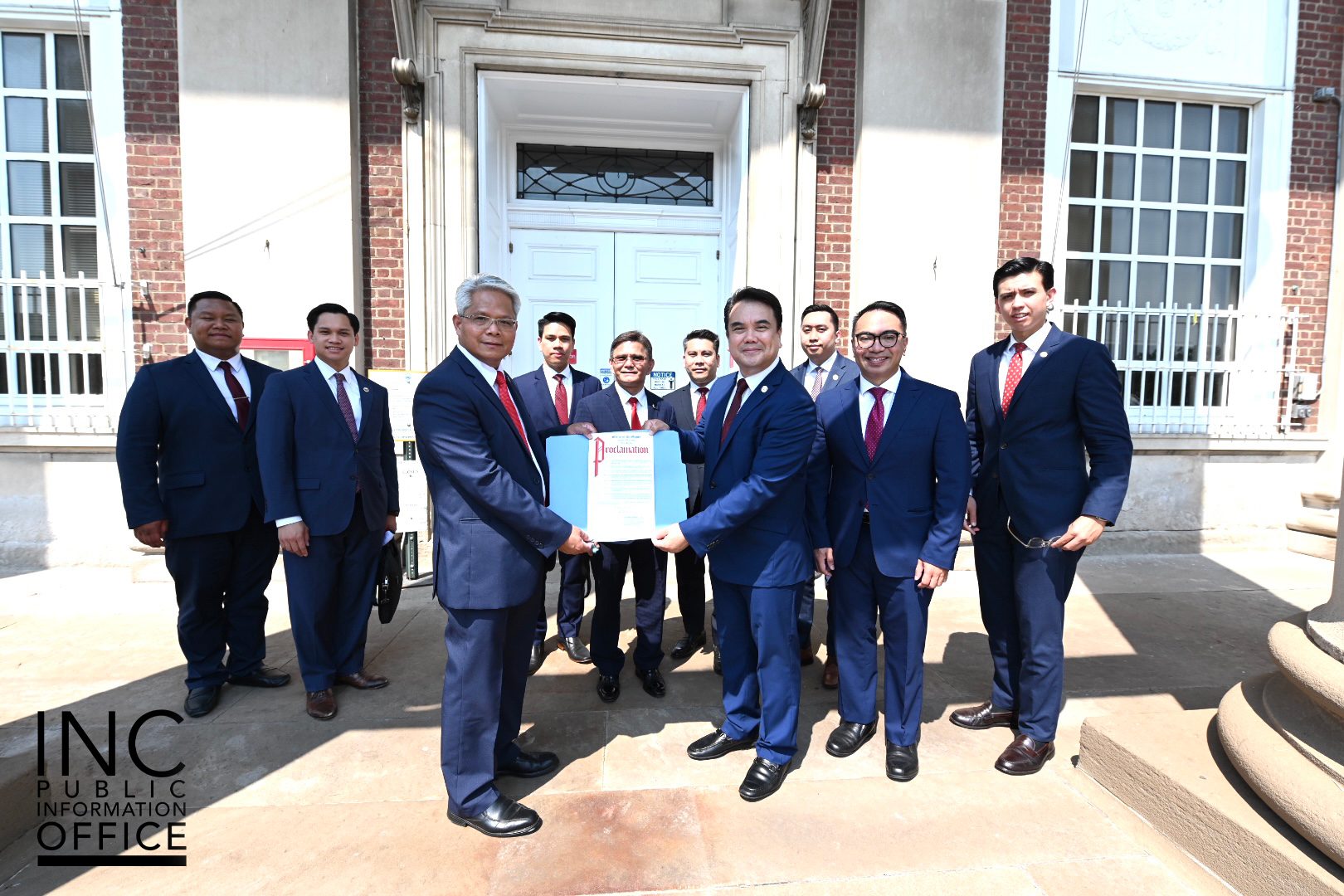 Elizabeth City Mayor J. Christian Bollwage himself read the proclamation on the steps of City Hall, with some ministers and members of the INC present to witness and commemorate this momentous occasion.

Mayor Bollwage highlighted the importance of the INC’s commitment to helping the community. “What this church has done by encouraging the young people of the church to work on cleanups throughout the community is how important it is to have a safe and clean environment in which you live, work and attend church,” he said.

The INC has been a constant positive influence in this community since its local congregation in Elizabeth, New Jersey, started in July 1977.

Later in the evening, in the New Jersey state capital of Trenton, the Lower Trenton Bridge was lit up in green, white, and red in recognition of the anniversary of the Iglesia Ni Cristo (Church Of Christ) on July 27.

“(We’re) so happy and thankful to the Almighty God for the many triumphs and successes that He, the Father, grants the Church,” he added.

The Iglesia Ni Cristo was first registered in the Philippines on July 27, 1914 by its first Executive Minister, Brother Felix Y. Manalo.  After 107 years, it has spread to 158 countries and territories with its members belonging to 147 nationalities and races.