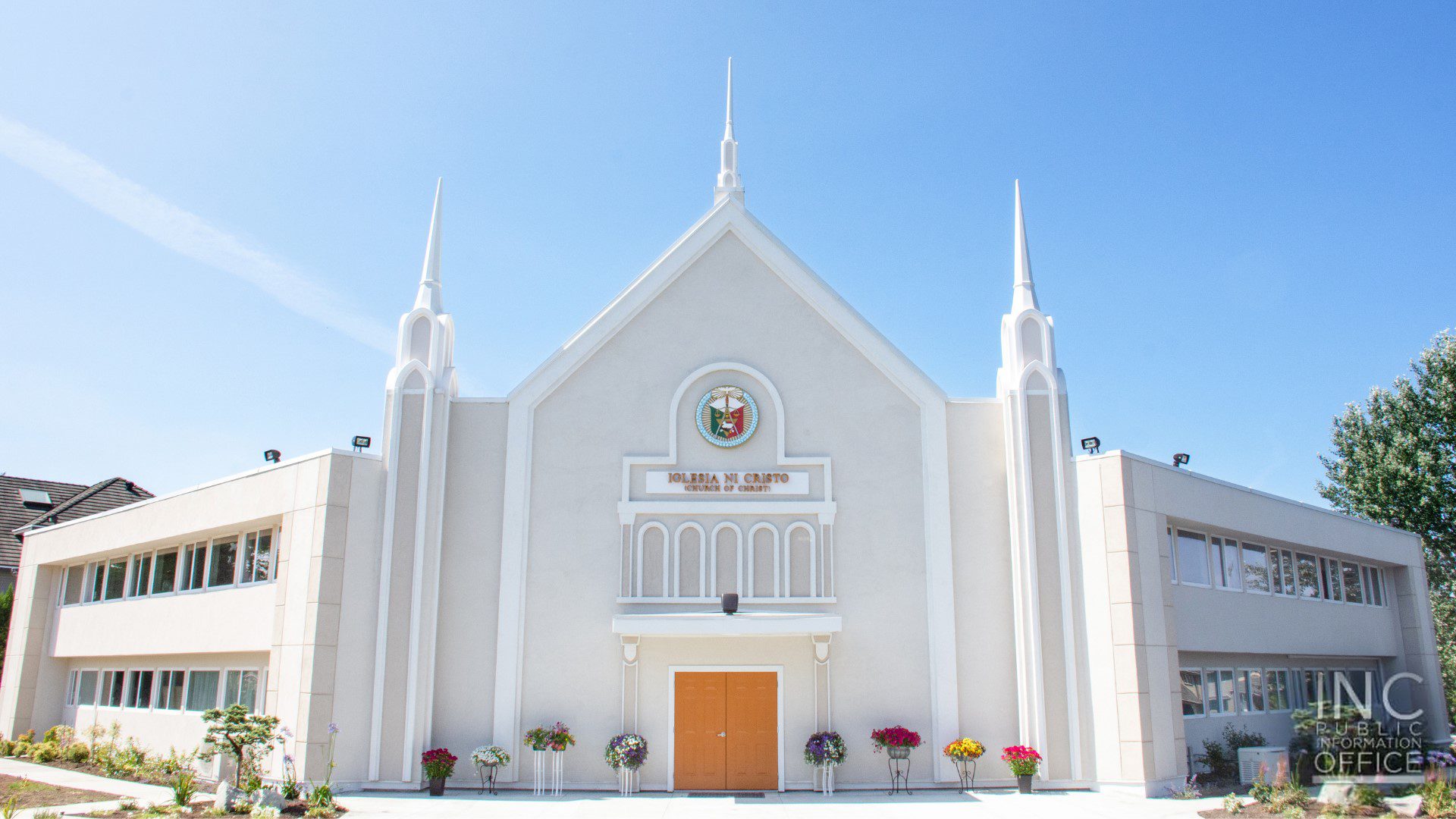 SURREY, British Columbia – Despite the devastating effects of the COVID-19 pandemic, the Iglesia Ni Cristo (INC or Church of Christ), an international religious organization, overcame all impediments and completed the renovation of a house of worship in Surrey, BC.

The church building, formerly owned by the Surrey Pentecostal Assembly, was purchased for approximately $2,300,000.00 in October 2002 by the INC through voluntary contributions from its members. It then went through renovations to meet INC worship building standards and was first dedicated on October 11, 2003.

As for the INC congregation itself, it was established in June 1996. Hence, the INC in Surrey has been part of the community for the past 25 years.

The 328-seater worship building, located at 15145 68 Avenue, Surrey, BC V3S 2B8, once again opened its doors while adhering to current government restrictions. Via live video streaming from the Philippines, INC Executive Minister Brother Eduardo V. Manalo led a special worship gathering on July 24 to mark the 107th Anniversary of the INC, which re-emerged in the Philippines on July 27, 1914. The gathering also served to simultaneously dedicate several houses of worship in different parts of the world, including the newly renovated chapel in Surrey. To date, 143 worship buildings have been built and renovated during this time of the pandemic.

Despite unavoidable delays due to COVID-19 restrictions, the project officially received its Fire Safety Renovation Permit from the Surrey Fire Department in January 2020 and its Demolition Permit from the City of Surrey in July 2020. More than $1.3 million worth of renovations went into beautifying the property, all through the voluntary contributions of INC members.

During the renovation, the facade was demolished and rebuilt in accordance with the INC’s architectural design, including the adding of three steeples that are prominent in worship buildings worldwide.

The building went through extensive upgrades and fitted with a new, expanded raised podium and choir loft, redesigned ceiling, modernized lighting system in the sanctuary, and a balcony on the second floor to accommodate more worshipers. Stairs were built, one on each side of the foyer. Sanctuary windows were replaced in offices and rooms.

Other upgrades were also done in the building’s facilities. An automatic standby generator was also placed, while a new intrusion system, a security video system, a brand-new organ, and audio and video systems were also installed. Volunteers worked on the exterior of the worship building which was finished with a completely new stucco wall. An open concrete walkway and canopy on one side of the building leading to the podium were also added.  Finally, concrete walkways were built to facilitate exits to the front and rear doors of the sanctuary.

The Iglesia Ni Cristo was first registered in the Philippines on July 27, 1914 by its first Executive Minister, Brother Felix Y. Manalo.  After 107 years, it has spread to 158 countries and territories with its members belonging to 147 nationalities and races.