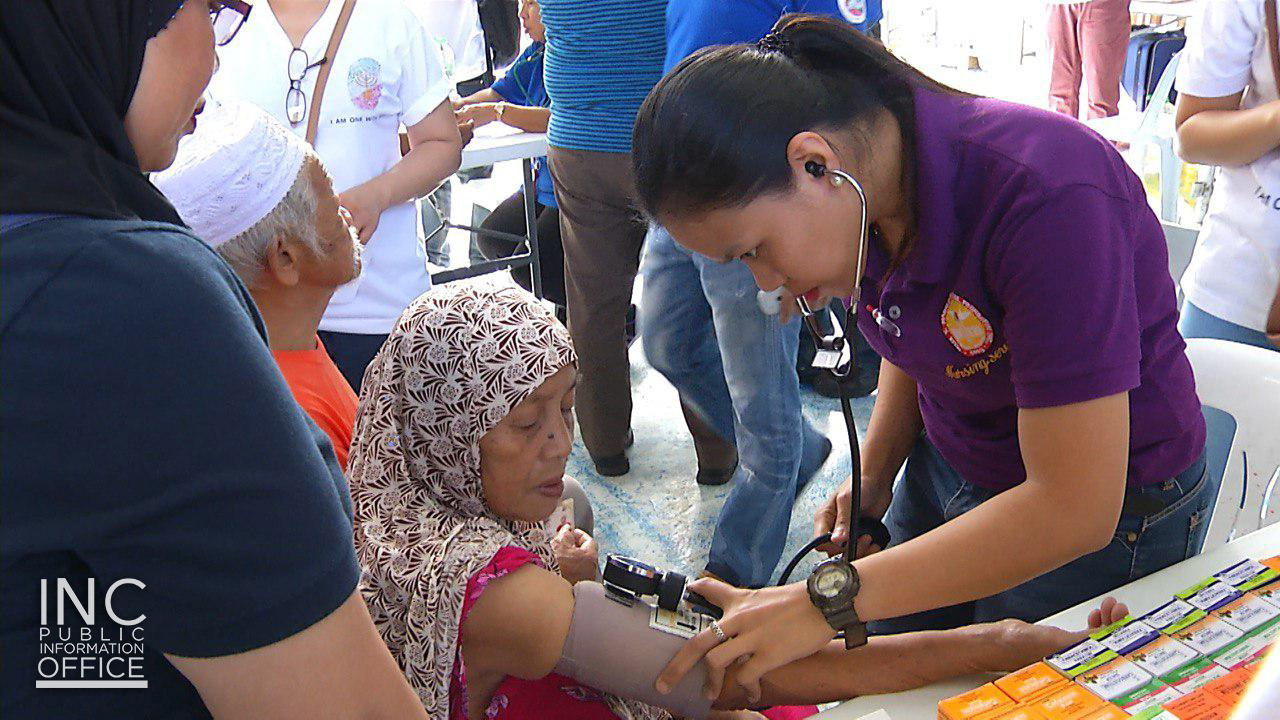 The Salam Mosque Compound covered court was jam-packed with men, women and children who eagerly queued up for the charity event that began early in the morning. Residents were able to avail of free medical consultation, dental services and medicines.

The anti-poverty charity event carried out through the Felix Y. Manalo Foundation also distributed 5,000 goodwill bags among the members of the Islamic compound located along Tandang Sora Avenue in Culiat, Quezon City. In the past years, the community has already been receiving relief aid from the Church in the continuing effort to help uplift the lives of people everywhere, for members and non-members alike.

The Church held Lingap Sa Mamamayan or Aid To Humanity in various locations throughout the globe this October, the same month of the birth anniversary of INC Executive Minister Brother Eduardo V. Manalo.

Throughout the year, the Iglesia Ni Cristo actively carries out charity missions through the Felix Y. Manalo Foundation in an effort to fight poverty and provide relief to calamity stricken people all throughout the world, such as in Africa, Japan, United States and in Canada.

For more about the Church and its activities, please visit www.iglesianicristo.net