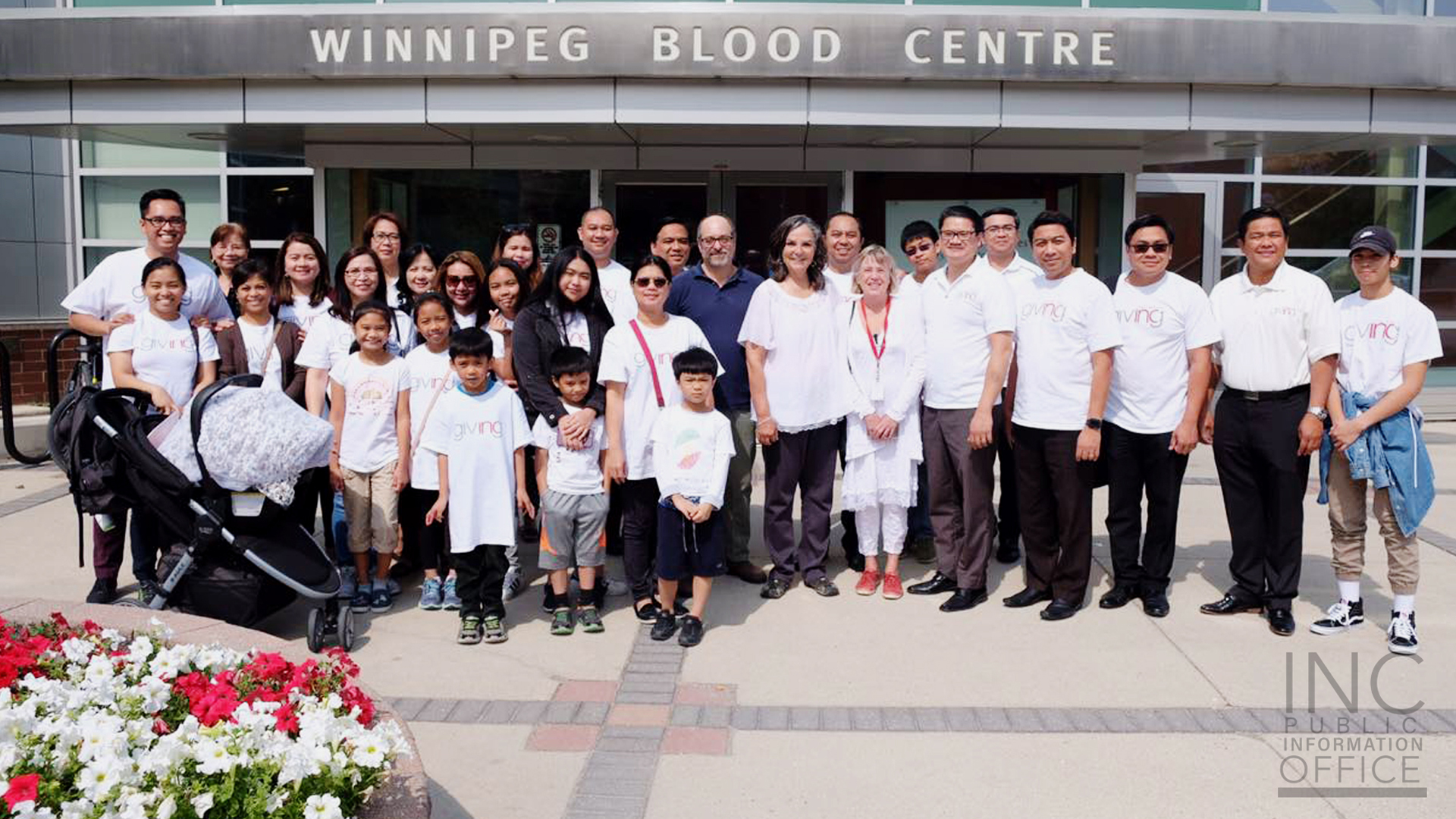 Hundreds of members of the international religious organization Iglesia Ni Cristo (Church Of Christ) across Canada are eagerly answer the call of the Canadian Blood Services (CBS) for blood donors.

Toronto, Canada (Aug. 23, 2018) – Hundreds of members of the international religious organization Iglesia Ni Cristo (Church Of Christ) across Canada are eagerly answering the call of the Canadian Blood Services (CBS) who put out an urgent call for 22,000 blood donors by August 26.

Even as British Columbia declares a state of emergency due to wildfires across the province, hundreds of Church volunteers in the region remain still committed to donating blood.

CBS donation centers in various provinces from British Columbia to to Ontario have filled their available appointments; and the waitlist continues to grow. In Quebec, INC volunteers have pledged to help Héma-Québec.

In Winnipeg, Manitoba, a group of Ministers and their families were among the first INC volunteers across the nation to donate blood earlier this week.

“The Center was overwhelmed with the number of Ministers who arrived today,” said Brother Sidney Santos, District Minister of the Iglesia Ni Cristo (INC) congregations in Central Canada, who saw the impact of their participation, just from the one event in Winnipeg.

“Thanks to the Winnipeg Blood Centre, more appointments have already been set to accommodate the growing participation of INC volunteers throughout the week.”

Because most locations of Canadian Blood Services have seen a generous response to their call for donors, members of the Church will continue to donate blood throughout September.

The joint effort of INC members across Canada is one of many international campaigns of the INC’s socio-civic programs aimed to strengthen the bond between the congregations of the Church Of Christ and the communities in which they serve.

Outreach projects of the INC have ramped up as the INC reached its 104th Anniversary and year-long celebration of its 50th Anniversary in the West on July 27, 2018. Celebrating a half-century of missions beyond the Philippine borders, congregations will be honoring the milestone by continuing with and bolstering its global humanitarian presence.