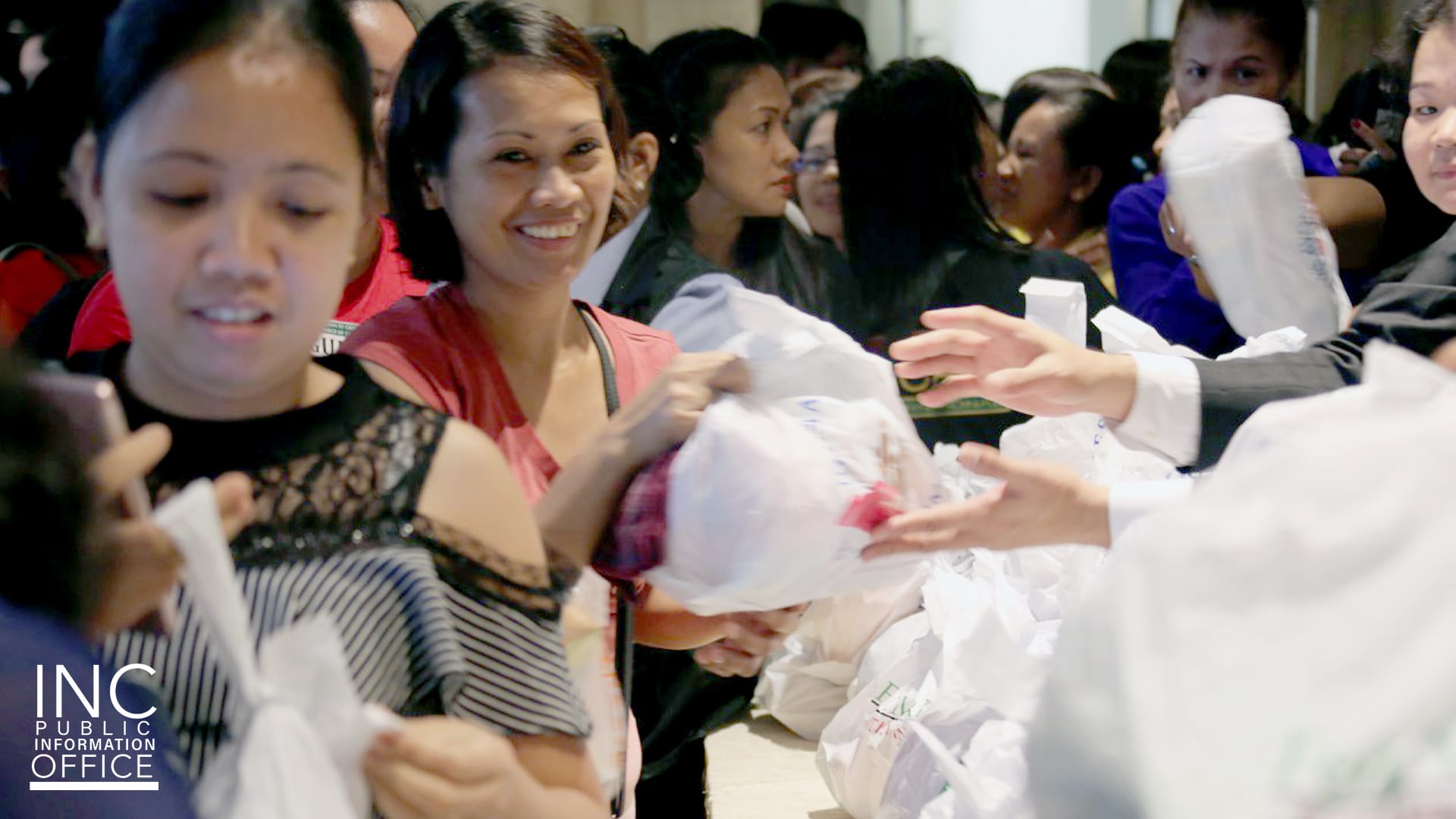 As the concern for Hong Kong’s poverty level, especially among the elderly, has visibly increased, the event of the Church Of Christ was an open invitation to receive not only groceries and basic food items, but most especially nourishment for the soul — the words of God taught in the Bible.

Nearly four thousand residents in the region, including Overseas Filipino Workers, filled the venue beyond its capacity by together welcoming the INC’s invitation to build a foundation of hope from the words of God. Six other venues throughout the country, and two in Macau and Taipa, joined the event through a live video link.

“Many of the OFW, Overseas Filipino Workers, who are here came from poverty themselves. They understand firsthand the sad isolation, the hunger and hopelessness of poverty. And because of that, we members of the Iglesia Ni Cristo will always, no matter where we are, and no matter what our own economic condition may be, will help who we can – be it through simple groceries or more importantly by sharing the words of God,” said Brother Arnel T. Verceles, District Minister of the 14 local INC congregations and extensions in China.

The event was the third large-scale Aid For Humanity event that was hosted by the Church Of Christ in Hong Kong; thousands were offered aid and introduced to the Biblical teachings taught inside the INC in 2015 at the Asia World Expo, and in 2014 at the Kowloon Bay International Trade and Exhibition Centre.

The joint effort of INC members across China is one of many international campaigns of the INC’s socio-civic programs aimed to strengthen the bond between the congregations of the Church Of Christ and the communities in which they serve.

Outreach projects of the INC will ramp up as the INC prepares for its 104th Anniversary and year-long celebration of its 50th Anniversary in the West – July 27, 2018. Celebrating a half-century of missions beyond the Philippine borders, congregations will be honoring the milestone by continuing with and bolstering its global humanitarian presence.

About the Iglesia Ni Cristo (INC) or Church Of Christ)