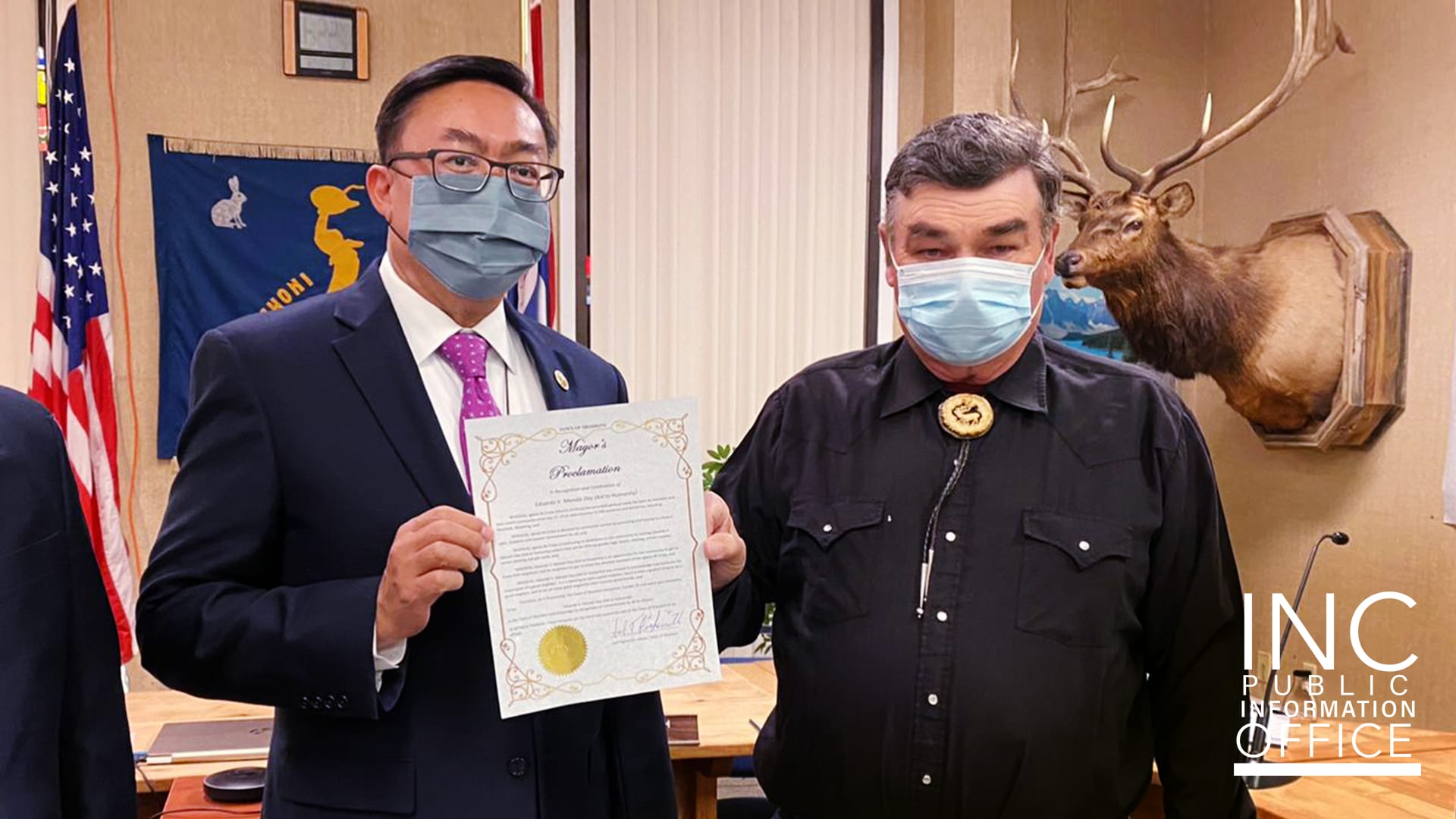 JANUARY 5, 2020 (San Francisco, Calif.) — Less than a year since welcoming the Iglesia Ni Cristo (Church Of Christ)’s first eco farm based in North America, the town of Shoshoni, Wyoming has declared October 31st of every year henceforth as Eduardo V. Manalo Day, in honor of the Executive Minister of the Church Of Christ, Brother Eduardo V. Manalo.

Mayor of Shoshoni, Joel Highsmith, made the proclamation during a ceremony attended by the town’s council members, representatives of the Maligaya Development Eco Farm, as well as workers from the farm and members of the Shoshoni community.

He said that the eco farm was a “great addition” to help their small community grow and develop.

“We are working on economic development and housing, and with the Church Of Christ’s addition, that just helps us move forward with the betterment of our community,” said Mayor Highsmith.

Accepting the proclamation was Brother Esteban Inocencio, District Supervising Minister of Northwest California, a region comprising 22 local congregations of the INC around the San Francisco Bay Area, who traveled to the region on behalf of the INC Church Administration.

He noted that this recognition from the City of Shoshoni also recognized the Church Of Christ’s efforts to help people which are all in accordance with God’s teachings.

“The proclamation of the city of Shoshoni presented to the INC is a manifestation of God’s work, the efforts we’ve been able to do to help mankind. it proves that God’s work can never be hindered,” said Brother Inocencio.

He also noted how all of the Church’s activities were being done under the guidance of INC Executive Minister Brother Eduardo V. Manalo “who reminds us all the time to make a positive difference in the community.”

The community-building efforts of the INC in Wyoming stretched throughout the whole year of 2020, or since the eco farm’s establishment in January.  At the time of its establishment, this was the 37th eco farm established by the INC’s socio-civic arm, the Felix Y. Manalo Foundation. Its establishment was followed by an Aid To Humanity event to assist the local community. The Church also established a local congregation in Shoshoni to care for its growing membership.

With congregations in 158 countries and territories, the Iglesia Ni Cristo conducts Aid To Humanity events all over the world. In Canada and the United States, it has helped thousands of poor families with their basic needs and donated to hundreds of charitable organizations.