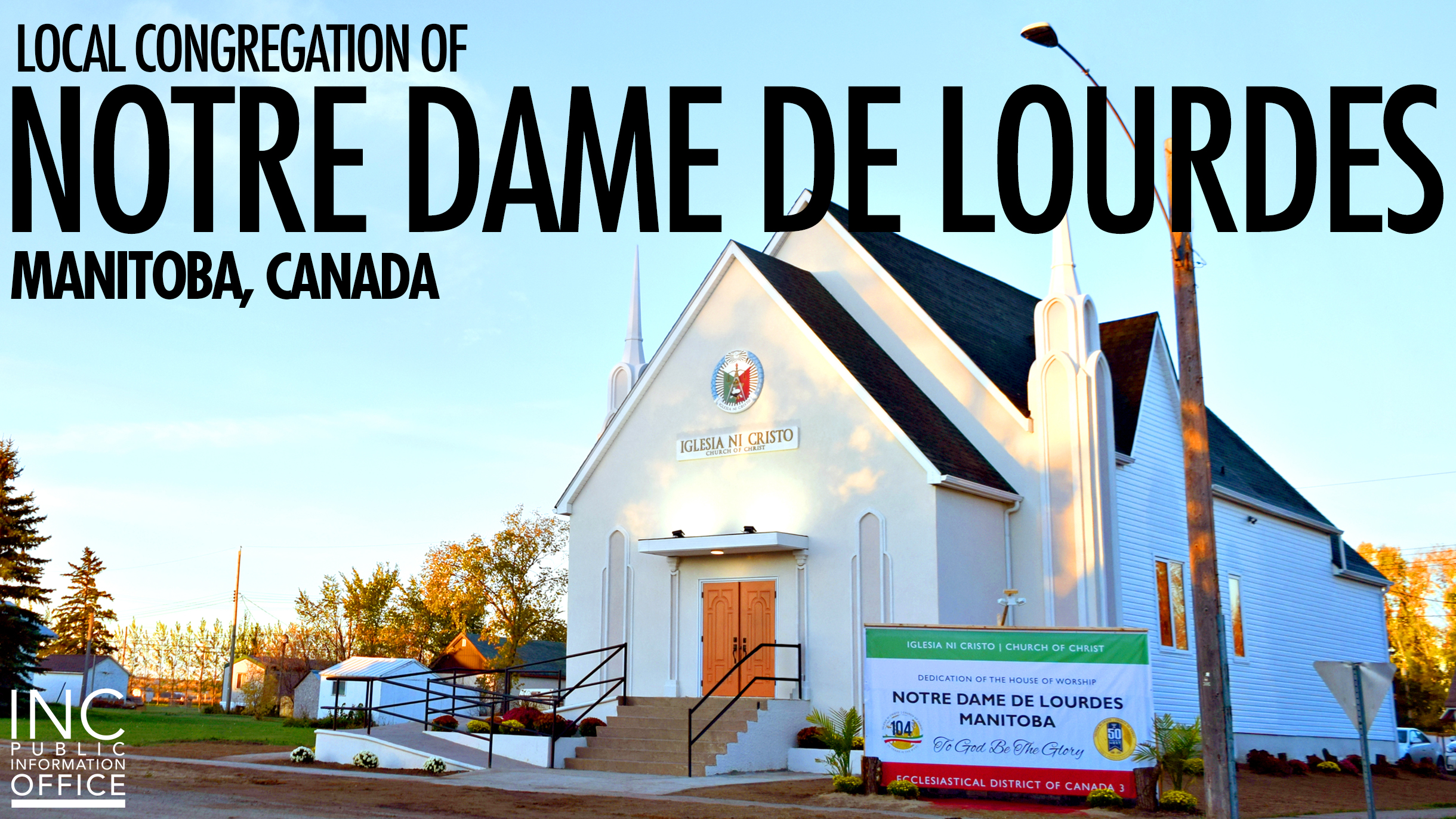 OCTOBER 5, 2018 (WINNIPEG, MANITOBA) – In the heart of Rathwell, Manitoba, about 90 minutes away from Winnipeg, the Iglesia Ni Cristo (Church Of Christ), an international religious organization opened the doors of its newly renovated worship building at 104 Monteith Street, in a special worship service on September 30.

Built in the late 1800s, the building was previously owned by the Presbyterian church. The Iglesia Ni Cristo (INC) acquired the building for the Local Congregation of Notre Dame de Lourdes in 2016, and began renovations the following year. Extensive interior and exterior renovations were completed with the help of church members’ volunteer efforts and donations. Voluntary contributions from members all over the world allow for the building and renovation of INC edifices like this one in Rathwell, that has architectural elements unique to the local culture and building’s history, but a tribute to INC chapels seen globally.

The chapel renovation caught the attention of nearby residents in this rural area, like James Rosso of Portage La Prairie, Manitoba: “I was admiring the building… and when they told me about it, I was excited about what was happening, and to hear that this was happening in this area–it’s much needed.”

Rosso and other guests were invited to attend the special worship service. Moved by the preaching, Rosso stated, “I like to see the word of God proclaimed. Your speaker would make a point and then back up with scripture, back it with another scripture, and that was exciting to me.”

“THESE CARE PACKAGES DO HELP, YOU SEE THE VALUE”

Days before the chapel dedication in Rathwell, the INC organized an Aid For Humanity charity event at the Turtle Island Community Centre in Winnipeg’s North End. Winnipeg has the highest population of indigenous people in Canada, and of this population, which includes First Nations, Metis, and Inuit, 35% are living below the poverty line. Through the Felix Y. Manalo (FYM) Foundation, the charitable arm of the INC, over 2000 care packages were prepared for the community. Guests, including nearby residents, the homeless, and clients at local shelters, were given the care packages filled with canned goods, and toiletries, such as soap and toothpaste, these packages were handed out and hot meals were served.

Recipients were impressed by the event and overwhelmed with gratitude. “In this area, it’s a low income area, I’ve been suffering a little through poverty myself. I’m in between jobs. It has been a struggle financially for food,” said Edison Erskine. “These care packages do help, you see the value. I can turn around and buy something different, something for the kids, buy something for me… This has been beautiful. I love the Church Of Christ for the very fact that I’ve seen the amount of people that showed up, and more people should step up like this.”

Judy Klassen, MLA (Member of the Legislative Assembly) for Kewatanook was also in attendance to support the event: “I’m just so glad that this organization exists. You know it’s so reassuring to know that there’s still good Christian people out there who totally abide by the laws that we were given through the Bible, and it’s just amazing to still be touched by them.” As only the second ever female First Nations MLA, she understands the value of this humanitarian effort: “It’s not only the physical goods but the emotional thing that will touch them and make them realize that they are cared for and that people love them.”

Cindy Lamoureux, MLA for Burrows, noted the exceptional impact of the event: “You come to any Church Of Christ event, and you’re just uplifted. The people are welcoming, they are hospitable, you can tell they have a sincere care for others.”

Similar humanitarian efforts have also been demonstrated in Fort McMurray, Alberta, Canada, where help was desperately needed after the historic fires in 2016, devastated the city, destroying close to 1600 homes. Members of the Church Of Christ gathered at evacuation centres throughout Alberta to give relief goods to the citizens affected by the fires.

In Ladybrand, South Africa, in 2017, the FYM Foundation led efforts in the building of Eco-farms to help their citizens create a stable and sustainable livelihood. These efforts helped create jobs, and sources of food, to fight against the poverty and hunger in the country.

The FYM Foundation has also developed the EVM Self-Sustainable Resettlement Community in the Philippines for Typhoon Yolanda survivors, which consists of housing units and opportunities to provide livelihood opportunities.

The Church Of Christ upholds the Christian teaching of loving one’s fellow man by extending help, doing good, and sharing with those who are in need, no matter what religious belief they hold.