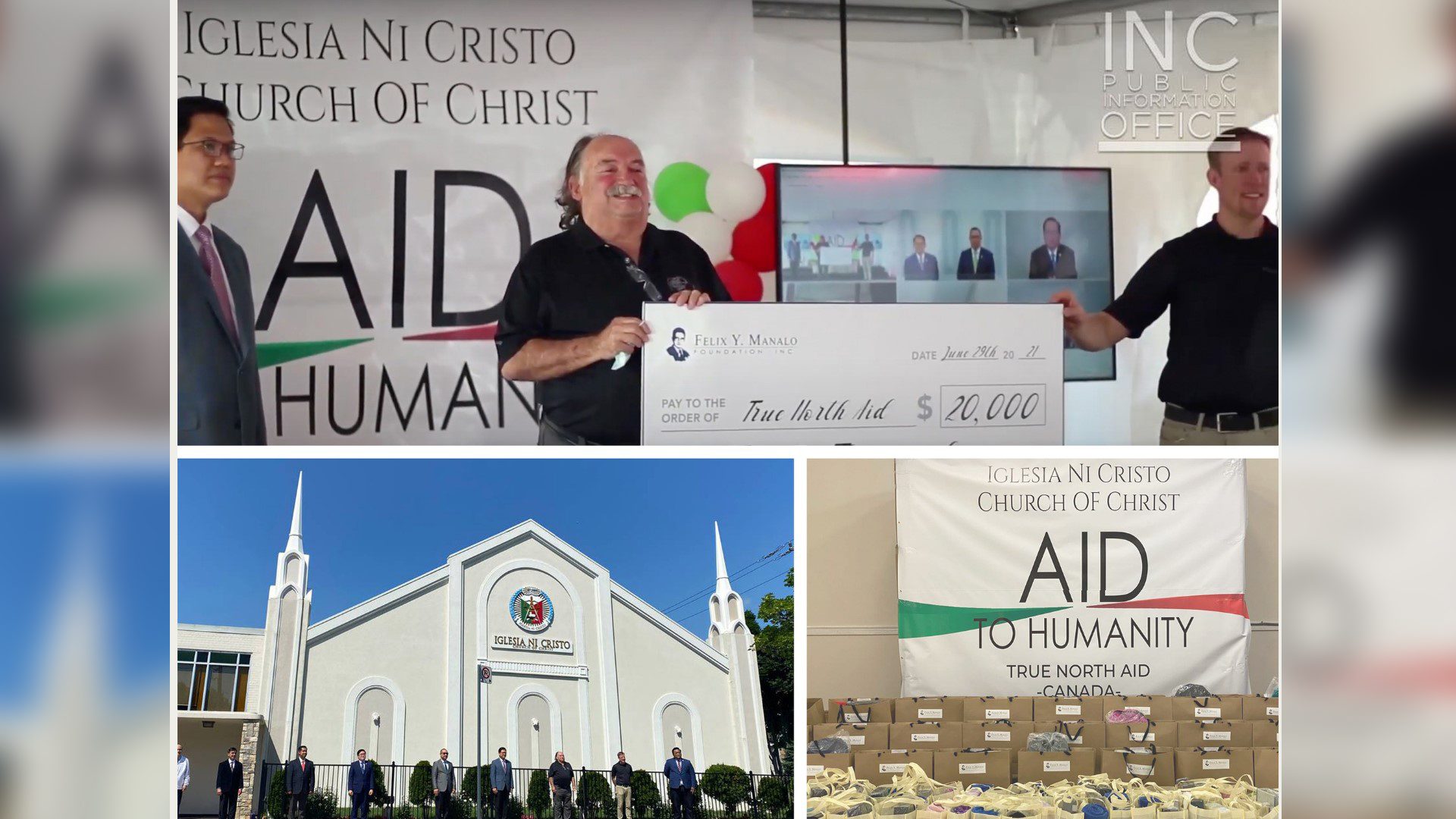 CANADA — Various leaders and community partners in Canada greeted the Iglesia Ni Cristo (INC or Church Of Christ) during the international religious organization’s 107th anniversary, recognizing the Church not only for taking care of the spiritual needs of its members, but also in helping communities worldwide amid the pandemic through its various “Aid To Humanity” events.

In her letter dated July 27, 2021, Mayor of Burlington Marianne Meed Ward also cited the “amazing leadership” of the Church.

“Congratulations on the celebration of the 107th Anniversary of the Iglesia Ni Cristo. Your leadership and the establishment of Iglesia Ni Cristo in the Philippines has been incredible, and you have truly displayed such amazing leadership.”

On behalf of the city of London, Ontario, Mayor Ed Holder also sent his “sincere congratulations” on the INC’s 107th anniversary and thanked the Church for making a difference in its humanitarian outreach projects not just on his city but around the world.

The INC has conducted various humanitarian outreach projects such as food donations, PPE donations, school supply donations, and even blood donations, as the Church geared up for its 107th anniversary this July 27.

In Alberta, Canada, 135 volunteers of the INC, from Red Deer to Calgary, participated in a blood donation drive from May to June 2021.

Marissa Stryker, Canadian Blood Services Territory Manager for Central Alberta, applauded the INC for its motivation and unending generosity in donating blood to families in need during the pandemic.

“Huge thank you to [the Iglesia Ni Cristo] for organizing [this event], to the ministers [who were able to] come and be a part of this [event], [and to] the brothers and sisters who donated blood,” said Stryker.

In June 2021, National Partnership Manager of Canada Blood Services, Beth Frize, officially recognized the Church Of Christ through the Felix Y. Manalo Foundation for its humanitarian efforts in Canada.

This recognition was not only for the notable 400 donors within Ontario province back in May of 2020 but also for the INC’s ongoing energetic efforts of blood donations in other provinces of Canada.

In June this year, Indigenous Advisor and Board Member, Kim Sigurdson, and the Executive Director, Kenneth Smid, from True North Aid Foundation also thanked the Church for its donation of 100 sets of school supplies, school bags, beddings, blankets, pillows, as well as a cheque for 20,000 Canadian dollars, for the benefit of indigenous communities in Canada.

In July 2021, one of the highlights of the INC’s celebration in Canada was the dedication and opening of the renovated house of worship in Surrey, British Columbia.

Consul General Maria Andrelita S. Austria of the Philippine Consulate in Vancouver also expressed her appreciation to the INC for sustaining their bonds as a community and their respect for Philippine culture and the country. She also recognized how the INC generously donated to various communities throughout the pandemic.

“Throughout the COVID 19 pandemic, the Iglesia Ni Cristo continued to reach out to those who were more vulnerable and in need through socio-civic activities and generous donations, keeping the “Bayanihan Spirit” (spirit of civic unity and cooperation) alive,” she said.

Consul Austria also cited how the INC congregation “played a big part in uplifting the spirits for front liners in British Columbia and other parts of Canada.”

“During these challenging times, faith remains critical in offering strength and guidance to our Kababayans (countrymen) in your community, as well as giving inspiration and a sense of purpose, as we build new lives here, in Canada,” she added.

The Iglesia Ni Cristo was first registered in the Philippines on July 27, 1914, by Brother Felix Y. Manalo.

After 107 years, it has spread to 158 countries and territories, and its members belong to 147 nationalities and races.