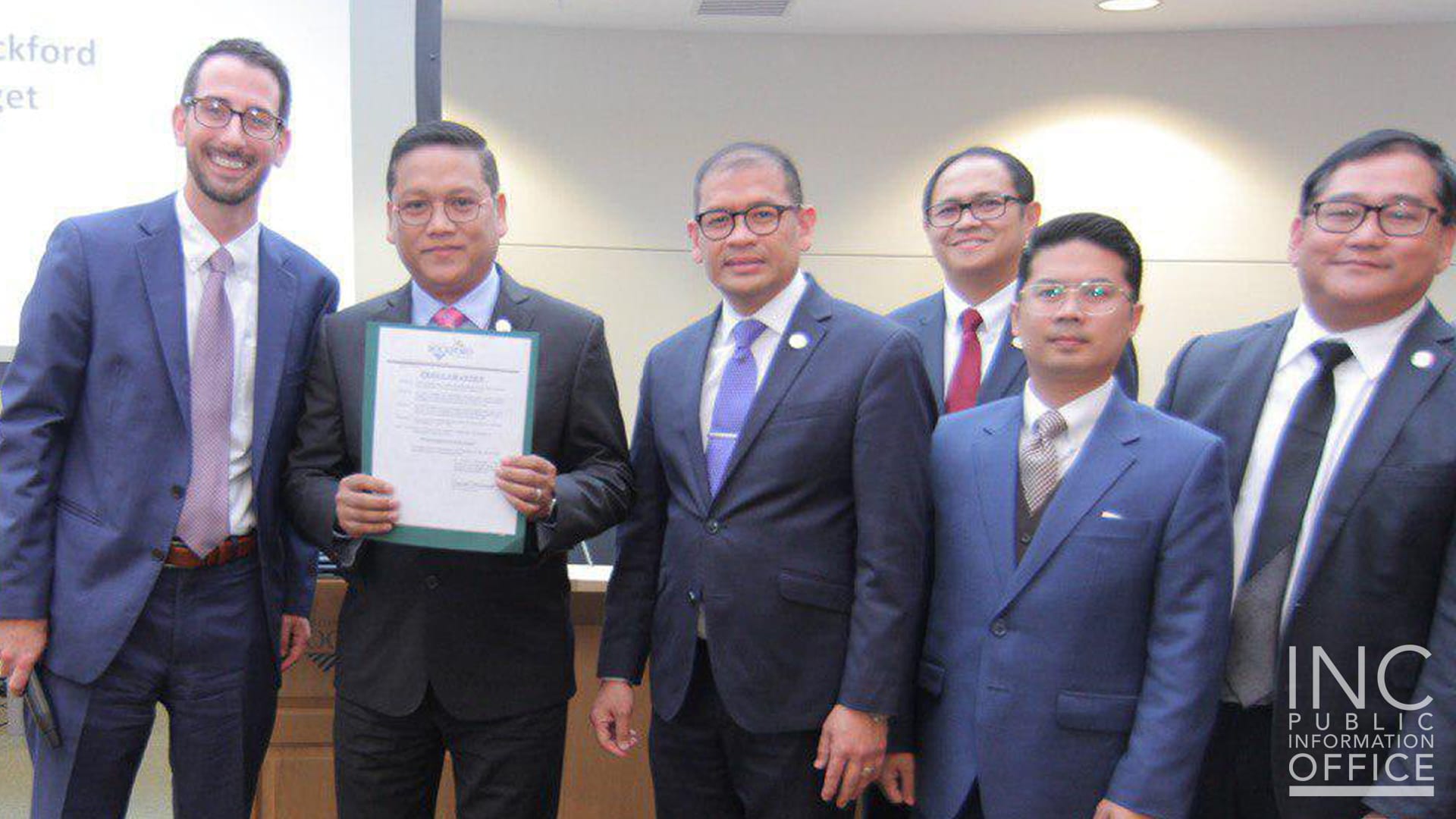 Felix Y. Manalo Foundation Honored For Aid to Humanity by the City of Rockford, Illinois

SEPTEMBER 20 (ROCKFORD) – Less than one month since the Aid to Humanity event hosted by the Felix Y. Manalo (FYM) Foundation, the charitable arm of the Iglesia Ni Cristo (INC or Church Of Christ), in Rockford, Illinois, the FYM Foundation received the honor of August 25, 2019 being declared “FYM FOUNDATION DAY” by the City of Rockford.

On that date in Rockford, 1,100 backpacks of school supplies were given to hundreds of residents, as well as free health screenings and gently-used winter wear. Ten local organizations were offered donations in the amount of $5,000 each to assist them in the impactful work they’re accomplishing in the community of Rockford.

The proclamation applauded the FYM Foundation for “their generous gifts and on their many years of spreading good will,” stated Mayor Thomas P. McNamara.

“We are humbly honored to see the goodwill of the FYM Foundation and the Church Of Christ be acknowledged by the City of Rockford, but more importantly we are thankful to God that the Church has been able to positively impact the lives of the residents of not only Rockford, not only Illinois, but throughout the Midwest,” said Brother Dino Bunag, District Supervising Minister of the 36 congregations across the northern Midwest area.

Earlier this summer, the same Aid to Humanity tour, of which Rockford was the 9th and last stop, swept the nation providing immediate relief aid to communities, and donations to dozens of organizations on the ground – from a Mexican border-town in San Diego County to the San Carlos Apache Reservation in Arizona; from the San Francisco Bay Area to Seattle; and from Los Angeles to the site of a mass shooting in Brownsville, New York; and from Memphis’ poorest zip code to just outside the nation’s capital in Maryland.