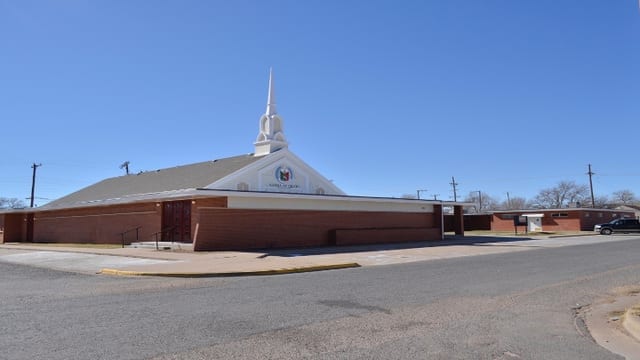 LUBBOCK, TX (NEWS RELEASE) – Global Church Iglesia Ni Cristo (INC or Church of Christ) is inaugurating five new houses of worship in North America, including one in Lubbock, Texas on Saturday, Feb. 27. The special dedication worship service at 1409 23rd Street scheduled at 11 a.m. will be the first service held inside the main sanctuary since it’s purchase in July 2014.

The 484-capacity edifice formally owned by the Central Lubbock Church became a new home for members of the Church Of Christ who rented space in nearby halls to worship twice a week, and before then would travel to other INC congregations near Abilene and in even further counties.

Almost $600,000 worth of renovations went into beautifying the property and its surrounding area since August 2015. The house of worship is the largest among the five to be dedicated, with a 484-seating capacity for the main worship hall and another 150 people for the function hall. It is one of 35 local congregations and group worship services in the southern Midwest of the U.S., more than a dozen of which are in Texas.

Since the purchase of the property, the congregation’s members have been active in the community, offering Outreach Programs to families of the neighborhood and even extending greetings to the local Police and Fire Departments for their service by means of an “Appreciation Day”.

The dedications are part of the INC’s continuing expansion program, in what it calls an “intensifying of the brethren’s faith in other parts of the world and a growing recognition of the unique character of this Christian Church.”

INC spokesperson Edwil Zabala announced that Executive Minister Eduardo V. Manalo is scheduled to visit and dedicate four houses of worship in the United States and one in Canada from February to March of this year.

“We are very excited, but perhaps not as much as the members themselves in the localities where the new houses of worship will be opened and offered,” Zabala said. “Our brethren in North America have been requesting for these chapels for some time now and we are glad that with the INC leadership’s guidance, we are finally doing it.”

The five new houses of worship dedicated are spread geographically all over the continental US, from the West Coast to the East Coast.

In addition to the worship building in Lubbock, Texas, Executive Minister Eduardo V. Manalo just recently inaugurated a 200-seater house of worship in Bakersfield, Calif., and will inaugurate approximately 300-seating capacity edifices in Jersey City, New Jersey; and Orange Park, Florida.  One to also be opened in Regina, Canada, seats 250 in the main hall and 100 in its function hall.

“We expect to have more new church blessings in other parts of the world in the coming months. The INC has continued to enjoy the blessings of a re-energized and re-invigorated church under the able leadership of Executive Minister Bro. Eduardo V. Manalo.”

In the first few months of 2016 alone, there have already been 83 houses of worship of the INC built or currently in the process of being completed. 1,277 have been built and dedicated since 2010, 615 of which are outside of the Philippines.