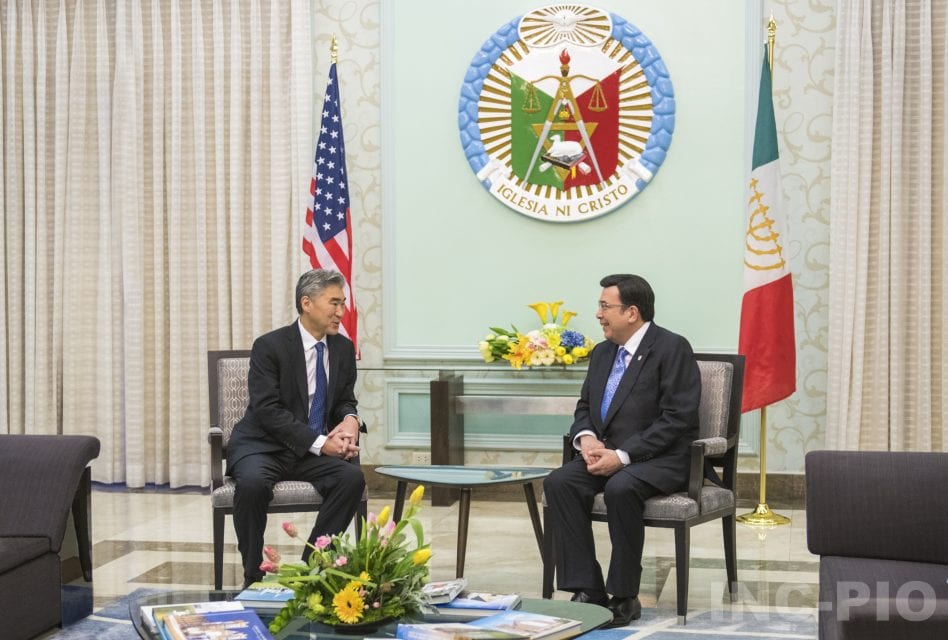 The US Ambassador’s visit to the Church’s international headquarters at the INC Central Office in Quezon City, Philippines, came about as the Church is preparing celebrations for its 50th anniversary of the establishment of congregations beyond the Philippine borders this year.

The visit of His Excellency Ambassador Sung Kim is one of many conducted by international diplomats to the Executive Minister of the INC.

“The timing is perfect as the Church is celebrating its 50th anniversary in the West and has grown to around 300 congregations in the US alone,” he said.

The Iglesia Ni Cristo was first registered in the Philippines on July 27, 1914, and will be celebrating its 104th anniversary this year.

About the Iglesia Ni Cristo (INC or Church Of Christ)