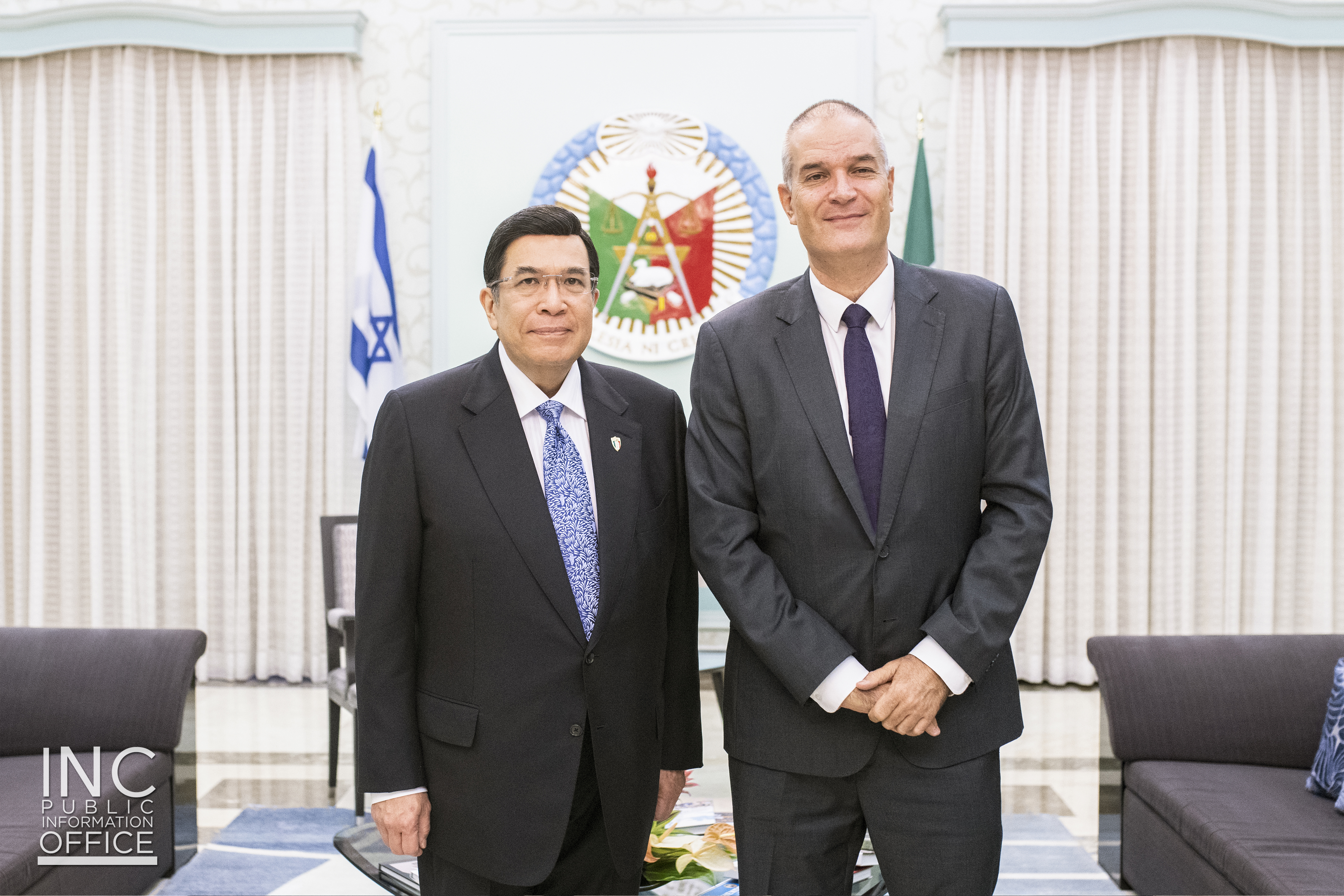 The Ambassador of Israel to the Philippines, His Excellency Rafael Harpaz, visited the Iglesia Ni Cristo (Church Of Christ) Central Office on Wednesday morning, October 17, for a courtesy call to Executive Minister Brother Eduardo V. Manalo.

Ambassador Harpaz who was assigned in August in the Philippines after the stint of the former Israeli ambassador Effie Ben Matityau, expressed curiosity and interest in the INC’s history, teachings and beliefs after

noting the presence of the Church’s houses of worship throughout the country.

During the courtesy call, Ambassador Harpaz noted how the Church — which marked its 104th year anniversary last July 27, as well as its 50th year in the West – had expanded rapidly across the globe.

He also had a quick tour of the INC Museum, as well as of the INC Central Temple in Quezon City. “It was a wonderful visit today of the Ambassador of Israel to the Philippines, His Excellency, Ambassador Rafael Harpaz, to the Executive Minister of the Iglesia Ni Cristo, Brother Eduardo Manalo. They had a very friendly conversation and in that conversation, one of the things that

Ambassador Harpaz mentioned was that in his approximately two months of being here in the Philippines, wherever he’s gone around the country, every part of the Philippines that he sees, he’s noticed the big beautiful houses of worship of the Iglesia Ni Cristo,” said INC minister and protocol officer Joel San Pedro.

Ambassador Harpaz’s strong interest in the Church was also due to the kind words and feedback about the INC of his predecessor, Ambassador Matityau.

The Iglesia Ni Cristo (INC) or Church Of Christ is a global Christian Church that upholds Bible- based Christian teachings. It maintains around 7,000 congregations and missions in 147 countries and territories, and its membership consists of 133 ethnic groups and nationalities.

The INC continues to fulfill its pledge of sharing the gospel and extending help, to the best of its ability, through aid and services, promoting education, socio-economic well-being, environmental awareness and health improvement. This is done with the help of local governments and community establishments, through the Aid For Humanity Program of the Felix Y. Manalo (FYM) Foundation and also the worldwide volunteer force of the INC Giving Project.