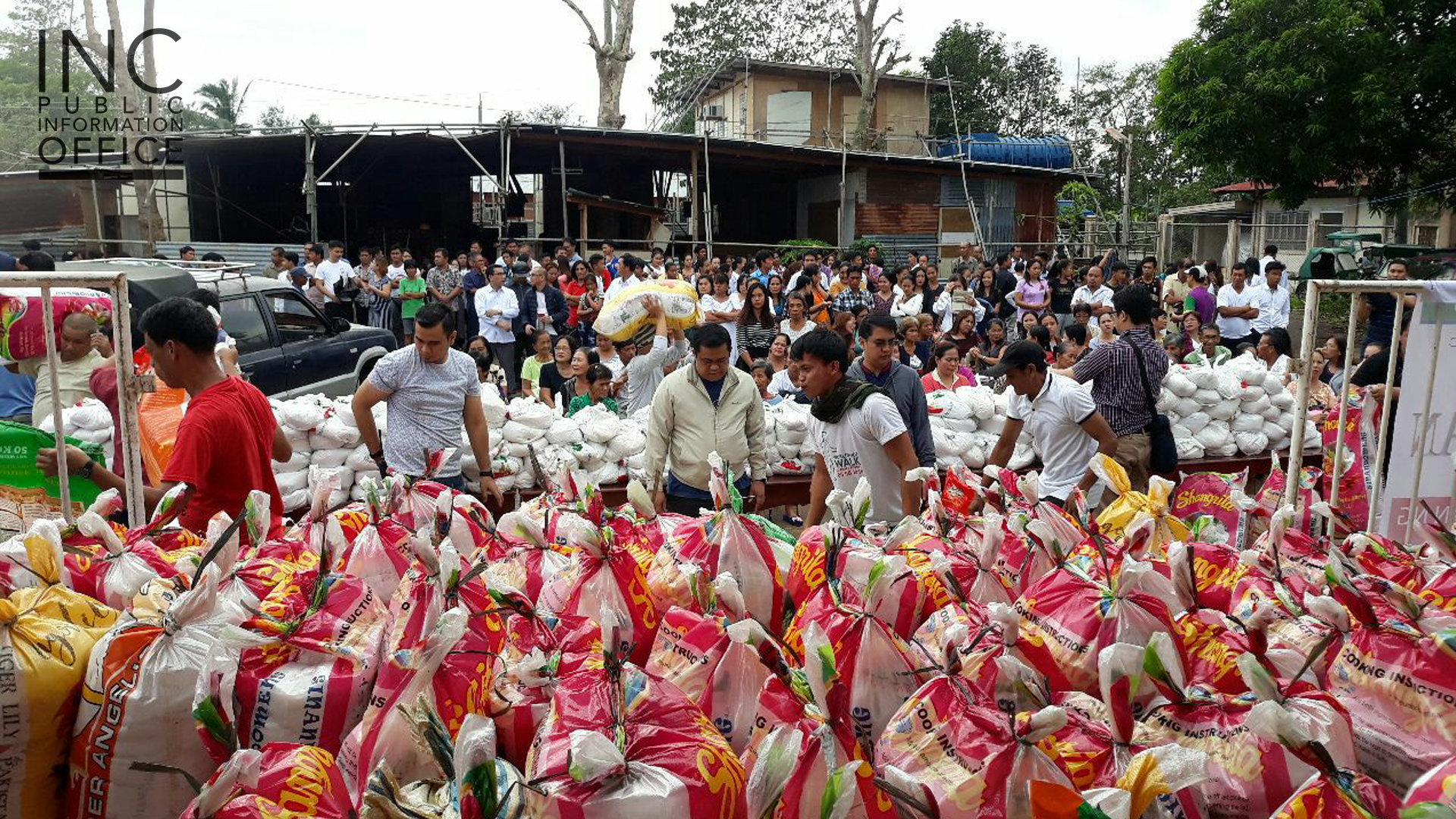 IMMEDIATE RELIEF FOR MANGKHUT VICTIMS IN THE PHILIPPINES

SEPTEMBER 17 (MANILA) – The Iglesia Ni Cristo (Church Of Christ), an international religious organization that holds its Central Office in Manila, Philippines, sent immediate aid to those affected by Typhoon Mangkhut (known in the Philippines as Typhoon Ompong) which has devastated parts of the northern Philippines.

The Felix Y. Manalo Foundation, the charitable arm of the Church, provided truckloads of relief goods to the population of Northern Luzon, first at Cauayan, Isabela then to Tuguegarao and Aparri. Made possible through the Aid for Humanity project (in Tagalog, Lingap sa Mamamayan), relief packages included rice and other foodstuffs for locals to benefit from during their recovery from the typhoon.

Voluntary contributions from members of the Church around the world provide the Aid for Humanity project the means for immediate action in the face of natural disasters, not only in the Philippines but in Brazil, Australia, and the United States among others. Additionally, the project is fighting poverty across Africa with a range of immediate relief and long-term economic improvements in communities across the continent.

Relief operations of the FYM Foundation and the Lingap sa Mamamayan project of the Iglesia Ni Cristo in Cauayan, Isabela