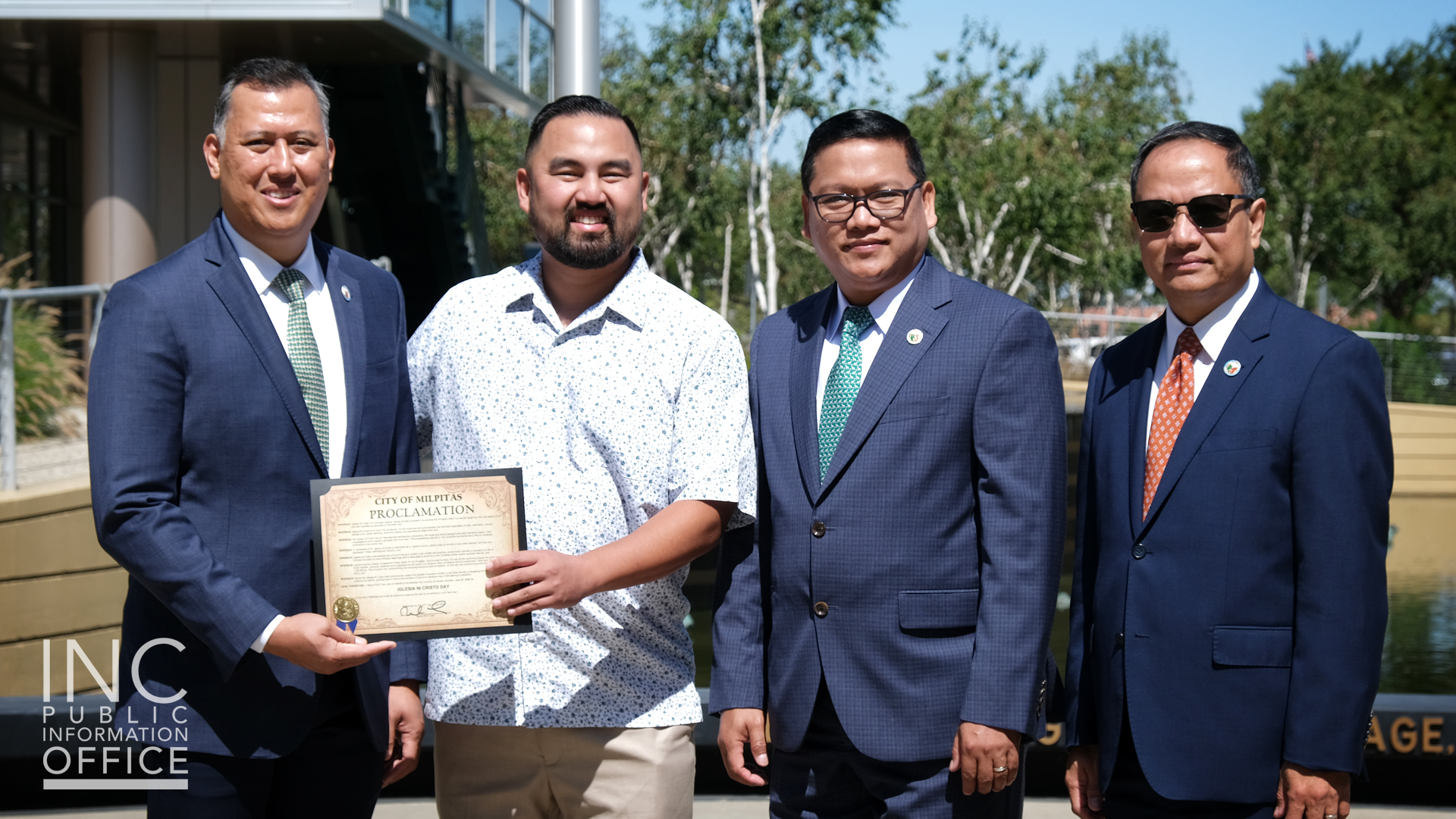 “The city recognizes and we received a proclamation to recognize the Iglesia Ni Cristo (Church Of Christ)’s efforts that we’ve made here in the City of Milpitas,” said Brother Voltaire Tamisin, one of the Ministers of the Gospel assigned to receive the proclamation.

The local congregation of Milpitas, along with others in the Silicon Valley, have been mainstays in their local communities. During the Iglesia Ni Cristo’s frequent Aid to Humanity events in the region, the Church extended not only pandemic-relief but also provided the communities a place to worship God.

During the proclamation, Mayor of Milpitas, Rich Tran, stated that the Church Of Christ’s “primary purpose is to worship the Almighty God in a matter taught by the Lord Jesus Christ and His apostles as recorded in the Bible. Whereas Iglesia Ni Cristo is the church for all people, it is for everyone who will embrace the true faith regardless of race, nationality, cultural background, social standing, economic status, and educational attainment. The Iglesia Ni Cristo is envisioned as a church that is in perfect unity of faith, and practice, where every member is devoted to a life of holiness founded on true Christian teachings and is dedicated to all of his or her Christian duties toward spiritual maturity. Whereas hence the Iglesia Ni Cristo shall continuously preach the gospel of salvation written in the Bible, thereby propagating the church and edifying the faithful, guiding them in proper worship of God and righteous way of life leading to salvation.”

On the same day, the office of California State Senator Dave Cortese gave Brother Eduardo Javier and Brother Voltaire Tamisin a Certificate of Recognition for the Church’s 108th Anniversary, on July 27, 2022. “This proclamation is very memorable to us, because this is one of the fulfillments of what’s stated in the Holy Scriptures, in Isaiah 59:19 NLT, that the people in the west will respect the name of the Lord…We bring back the glory to our Lord God,” stated Brother Eduardo Javier, Supervising Minister of the Ecclesiastical District of Northwest California, a nearby region of 26 additional local congregations of the Church.

Additionally, Dr. Roderick Daus-Magbual, Mayor of Daly City, California, presented the Church Of Christ with a Certificate of Recognition of the Church’s 108th Anniversary, congratulating Executive Minister Brother Eduardo V. Manalo on his dynamic leadership of the Church.

Later in the same week, David Canepa of the County of San Mateo, presented representatives of the Church a Proclamation of Iglesia Ni Cristo Day on behalf of the County Board of Supervisors. The presentation was held at the INC Media Services Headquarters facility in Burlingame, California

With congregations in 162 countries and territories, the Iglesia Ni Cristo remains a pillar in communities around the world. For more about the Church and its activities, please visit www.iglesianicristo.net.