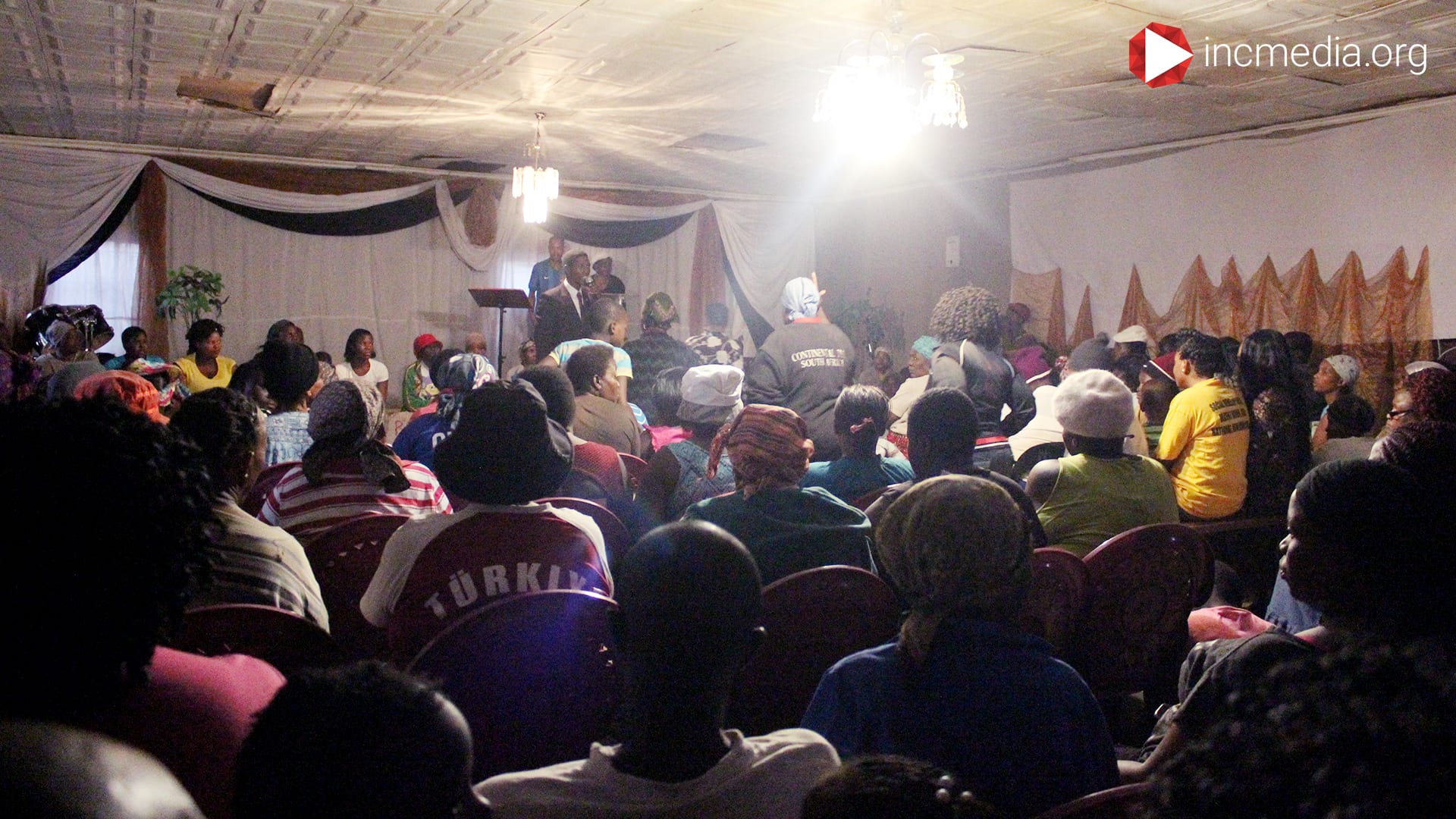 Though the continent of Africa is vast, the country of South Africa now seems relatively small. We’ve driven from Johannesburg to Capetown and back. We’ve gone through one border of the country of Swaziland, and exited another, with an entourage of zebras and giraffes greeting us on the other side. We’ve cut through the humidity of Durban, and dared the biting winds of Ladybrand on different occasions to get to King William’s town. On these various trips, our definition of “far” has changed drastically.

When my husband, the Resident Minister of Johannesburg, Brother Madi Tyulu, found out he was being sent to the country of Zambia this week, he considered skipping a solo flight of 2 hours, and instead travel 20 hours by land, just so me and my 1 year-old-son, Lu, could come along. “It’s only four hours longer than Cape Town,” he said.

So, I consulted Google. After calculating the distance, the gas, the tolls, the ferry, and the multiple visas I would need as an American, I weighed the costs. If I’d go with Madi, we’d deplete our cushion for a rainy day, and possibly ignite a storm of weeks scraping by to pay for petrol (gas), which is why… on our 2nd anniversary, he’s in Zambia with the Ministerial workers assigned there….and I’m sitting here writing and reflecting.

Now this time we spend together as a family serving God, well… I consider those hours an investment into our family. But this week, other investments are being made into Brother Madi’s growth as a minister in the Iglesia Ni Cristo (Church of Christ), my growth as a mom and home maker, an occasional writer, and an investment into God’s work being done in Zambia. Being left behind certainly feels like a sacrifice, especially since it’s our first time. When we do we know our sacrifice has paid off?

Countless cows, goats and potholes color the three-hour journey to the small mining town of Swartklip, where for the past year, only two members of the Church of Christ, have resided. Brother Shakes and Sister Joyce were granted the blessing of being pioneers of the first Group Worship Service in the Limpopo Province. They expressed their gratitude by investing their time in sharing their faith.

“You just worship in your house with a DVD.” “Where’s the minister? I’ll come when he comes.” “I only want to worship on Sundays.” Guests came and went through a revolving door of excuses. But the point is, they came. And soon, so did we. At first, we were only assigned to Swartklip every other week. Whenever we arrived, we noticed, despite the excuses from guests, Brother Shakes and Sister Joyce, often succeeded at encouraging co-worker after co-worker, and neighbors young and old to attend worship services. If one stopped coming, they’d invite another, and another, and another.

The first time we visited Swartklip, we met Brother Bongile Mabhamfu, Brother Shakes’ co-worker at the local mine. Question after question, he asked. And the questions continued well after we’d left. Over the phone, skype, in between his breaks at work, when we got home at night, Brother Bongile’s hunger for biblical answers only grew. And even after he completed the 28 lessons, he still hungered for more.

It’s no question that many people in Africa are starving. As a kid in America, I grew up to images of starving children on Saturday morning television, campaigning for donations. Now in Africa, I’ve seen the joy that a single bag of food can bring to a struggling family who moved all other appointments just to attend our Aid for Humanity events. You feel good, knowing we, as a Church, can alleviate the distress of someone in need, if only for a few days or weeks.

But when we meet someone malnourished by misinformation…someone who wants to truly treat that ailment; and you are the ones blessed to witness and play a small role in their journey to a thriving relationship with God, I can’t describe the joy. All I can say is that journey to and from Swartklip, a trip we now take twice a week, doesn’t feel quite so long anymore.

On January 28, 2017, Brother Bongs (as we call him) was baptized in the Local Congregation of Ladybrand.

Brother Bongs is only one of the many who have been baptized in the Church since Executive Minister, Brother Eduardo V. Manalo first visited South Africa in 2014. Since that visit, by the guidance of the Church Administration, this ecclesiastical district has launched a series of Aid for Humanity events to feed the starving and search for those hungering for more than a bag of food. With each event and additional Group Worship Service we come closer to finding and feeding the souls that are begging to be saved.

Priscilla Shelton Tyulu is an INC member who resides in Johannesburg, South Africa and is a contributing writer to INCMedia.org. She moved from the United States to S. Africa in 2015 and is married to South African native and INC Minister, Brother Madoda Tyulu.