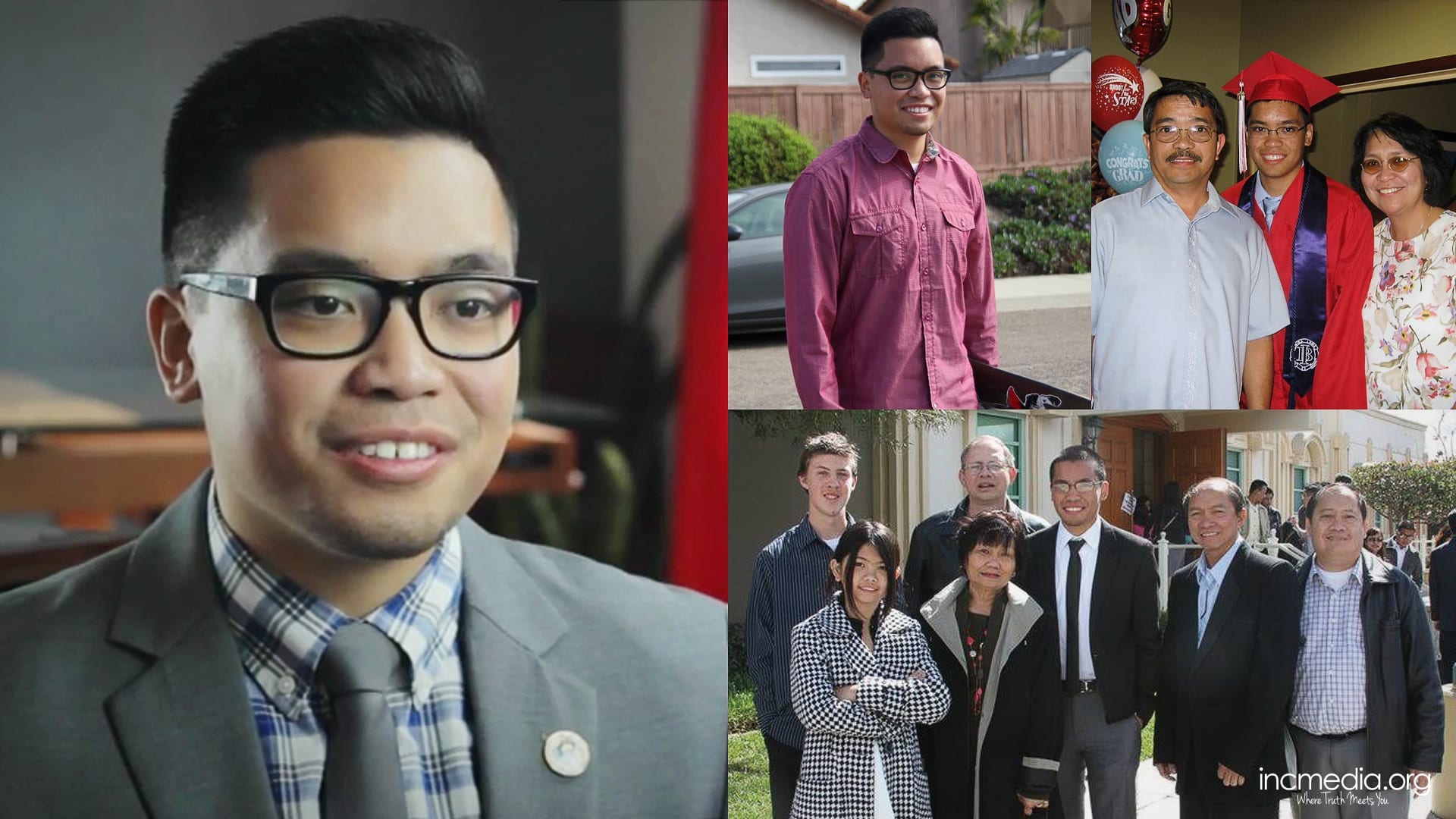 Am I Not Praying Correctly?

As early as I can remember, as soon as I could talk, we’d do what’s called the “Rosary” which is repetitive prayer in a pattern for Catholics. For me it was just something I dreaded doing and it didn’t really mean anything more to me, it was just talking.

And looking back now I understand why, because if you’re really praying to God you would feel it.

When I was younger and I would see my Mom pray I didn’t know why she was doing it. I did what I was told, but I wasn’t told what it should mean to me.

I didn’t identify myself as being a Catholic outside of church. It was just something I did once a week. There was no significant moments to me. Back then it was like I was praying to no one and it’s kind of sad thinking about that.

“It’s not what I expected because the Catholic Church

and Iglesia Ni Cristo, they’re so different from each other.”

One of my closest friends at that time introduced me to the Church. It’s not what I expected because the Catholic Church and Iglesia Ni Cristo, they’re so different from each other. I was scared and actually didn’t go again to a bible study for a long time after that. I would say almost a year and a half until I went again to another bible study.

“Not knowing if what I’ve experienced my whole life was

even the truth – it was a hard pill to swallow.”

It’s so much easier going back to what you know. But my friend, she was persistent. She kept inviting me. I was like you know what, you’ve been asking me a lot, you’re a good friend of mine, I’ll go. I’m thankful that she didn’t give up on me. The idea of not knowing what my faith really means to me, and not knowing if what I’ve experienced my whole life was even the truth – it was a hard pill to swallow.

“And there was this person guiding me on how to talk to God.

It comes from the heart.”

I had a really good minister in Roseville, California. He really took the time to take care of the Bible students. After each worship service, he would sit us down and ask us ‘What did you learn from the lesson today?’ I’ve never had that before. Someone asking me what I learned and what it meant to me. Then he would always say, ‘Each time you come together, one of you will pray. But don’t worry, I’ll guide you through it.’

“If you take that leap of faith,

God will guide you.”

I thought that a prayer was a thing you did by yourself and now there was this person guiding me on how to talk to God. It comes from the heart. It’s different each time because you’re actually talking to Him. It became conversing and letting God know all your cares and worries and knowing with full confidence that he’s listening back.

Even though you don’t know what you’re doing exactly, even if you’re not fully confident in your decision. If you take that leap of faith, God will guide you. Even though I didn’t really know where I was supposed to be, God knew where I was going to be the whole time.